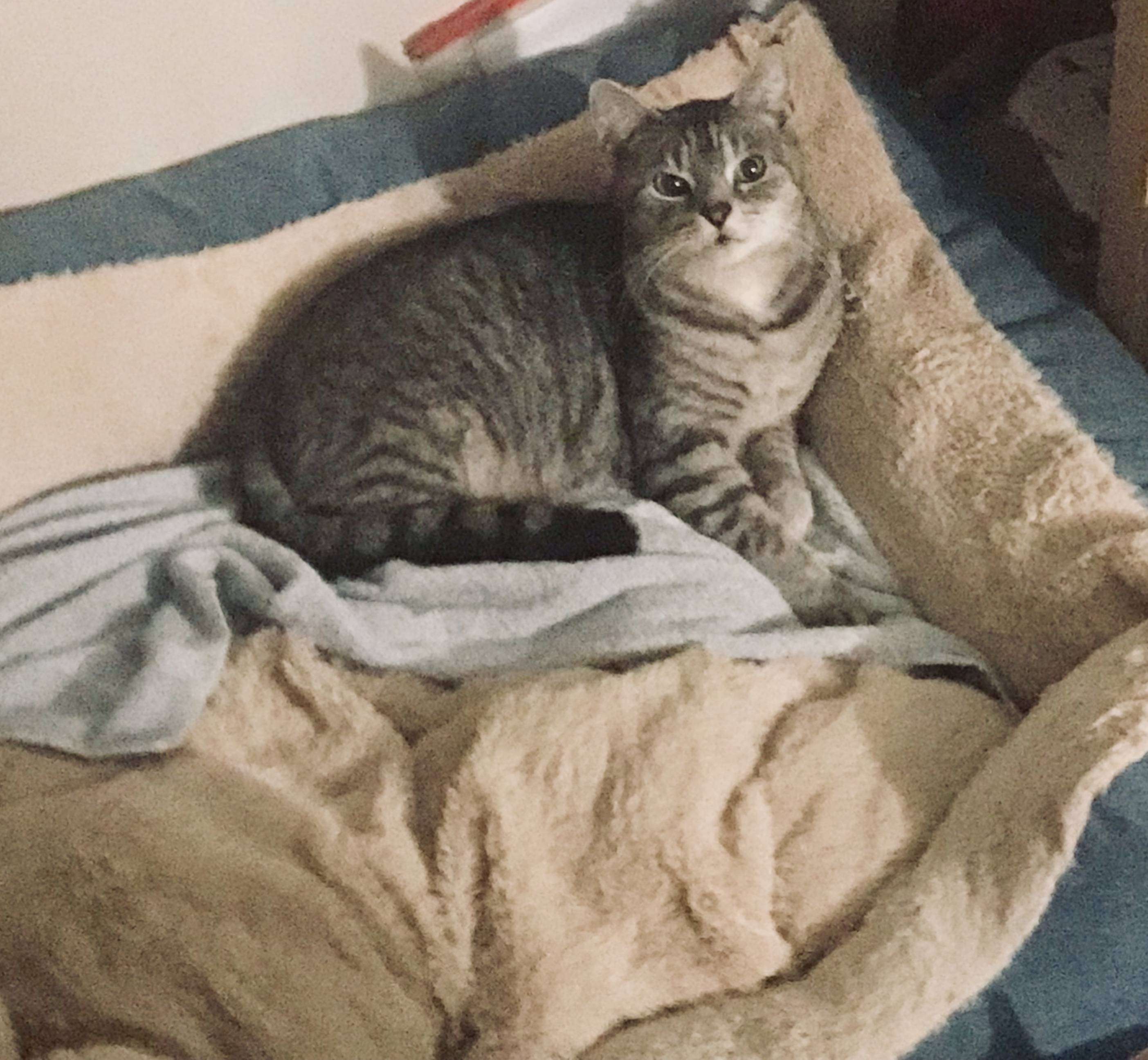 Help please!!! Last year we got our dog Albie, we introduced him to our cat cooper carefully and Cooper soon put Albie in his place and they got on fine, they even sat with each other and would sleep together.

About 4 months ago I looked after our friends dog and obviously didn’t think this through, he chased cooper and scared the life out of him. Now cooper won’t come in the house and when he has Albie has chased him only because cooper has run scared.

I have tried to bring Cooper in and keep him feeling safe upstairs, even put the stair gate up so Albie couldn’t get upstairs but the moment he could he ran straight out and now won’t come anywhere near me outside thinking I’m going to drag him inside again.

I feel awful :( it’s fine at the moment as the weather is ok but I’m so worried when winter comes. Has anyone got any suggestions please? Cooper is 12 and I really don’t want him to feel pushed out in his older years :(

Thank you in advance for anyone’s suggestions.

Due to what happened, it sounds like Cooper has now associated the feeling of "danger" with every dog, including Albie. To rectify the situation, you'll have to slowly begin "introducing" Cooper and Albie to each other again. Cooper needs to re-learn that Albie won't begin chasing him. You'll need to do this in the same way I expect you did at the start.

Cooper's favourite food and toy will be excellent help. Place a fence downstairs, as far as possible from the outside door, with Cooper on the side which has open access to outside. Cats need to feel like they have an escape route. Keep Albie on the other side of the face, preferably when he has eaten and is calm and sleepy. If Cooper is outside and too scared to come very close, begin feeding him treats first away from the entrance, then gradually closer. With the same method, try to entice him to come inside, first right by the door, then further inside where he has a direct view of Albie. If Cooper is playful, you can introduce lots of play at this point too. Cooper needs to associate only good things to seeing Albie. I wouldn't recommend chasing Cooper to bring him inside and force him to stay close to Albie (fence or not), as it means he's lost his escape route and will likely be only more scared of Albie.

In addition to the above, you can do other small things like always making sure there's something smelling of Albie at the place where Cooper is sleeping. Also make use of meal times, by feeding Cooper as close to Albie as possible (with a fence in-between).

Lastly, but most importantly, train impulse control with Albie. This means teaching him not to run after Cooper (whether or not Cooper is running away), or make jumpy movements around him. Reward Albie with a treat every time he stays calm upon glancing at Cooper. You will need to repeat this very frequently throughout the day. Try not to let Albie reward himself by getting the satisfaction of chasing Cooper (i.e. fulfilling his instinct), as this will only strengthen the bad behaviour. If Albie does give chase (though have him leashed so he can't actually get to Cooper), ignore the behaviour and instead move him further away until he is calm. Don't get angry or shout, as Albie will begin associating your negative reaction with seeing Cooper, not the "chase" behaviour itself.

Not the answer you're looking for? Browse other questions tagged multi-pet-families or ask your own question.

12
Why is my dog scared of my kittens?
5
Is my tom cat attacking my female cat when we're not around?
6
Why is my Persian 9 month old kitten so scared of me? In fact it is getting worse
4
A single parakeet and an older cat - good idea?
5
Small dog is scared of my cat
3
Is introducing a ragdoll kitten to resident ragdoll cat in a new house different from other breeds
4
Can't find a way to introduce my third cat to the other two
5
Cat won't come out after a year of ownership
3
How to help my cat with severe anxiety that I may have caused?