I'm looking to get an aquarium for my daughter, but I don't want it in her room, I want it in the lounge, so everyone can enjoy it!

I like things to look tidy so have been having a hard time finding a tank that I liked the look of that didn't have bad reviews (biOrb, etc.)

I've read this review and am pretty keen on the one from norrom there (practicalfishkeeping.co.uk).

I only want a few fish in there, so I think the size is more than enough, isn't it?

My main questions are, what are the best kind of fish for this setup? Ideally I'm looking for things that would be very happy in this kind of tank, not eat each other but are also pretty, bright, unusual and active to please the kids!

I don't really want to get a heater, so ideally fish that will be happy at room temperature whatever that may be (20 °C)?

aquarium fish community-aquarium
Share
Improve this question
edited May 16 '20 at 23:03

First of all: Nice that you want to get your daughter some fish and even more awesome that you're not going the cheap route of grabbing some bland (and in the end unhealthy) gold fish glass or betta tank.

I guess the biggest problem with your choice would indeed be the heating, because from your description you're most likely looking for tropical swarm fishes (like danios or tetras). While some of these might indeed be somewhat fine with room temperature, most prefer heated water. There might be exceptions, but right now I can't think of anything without looking it up, so maybe someone else got some better ideas here.

However: How dead set on fishes are you? Because I could imagine another different alternative that might be very interesting for all of you to watch as well.

Have you considered putting shrimps in there rather than fish? I'm not talking about the tiny species often sold as sea men (or similar) in the US.

There are several sub-species of small shrimps that will happily live in a 40l tank, even without any heating elements. And there are more advantages to this.

You could setup the aquarium, get some taller plants for the center, add a few small caves and/or patches of moss and other plants offering hiding places (but also room to swim freely) and then – once the whole tank is cycled after a few weeks – get one or two ramshorn snails and a group of 10-20 (I'd highly recommend 20) of Neocaridina Davidi or Neocaridina Heteropoda, often sold as cherry shrimp or sakura shrimp (but naming might vary based on color).

Cherry shrimps are very beginner/child friendly and accept a wide range of water qualities. The temperature might be anything from 4-27°C, so they'll be perfectly fine without heating and won't mind the water getting warmer in summer. Also they'll happily procreate in fresh water aquariums and aren't cannibalistic. As such you can start with 10-20 animals and – depending on feeding etc. – will produce new offspring once every 4-8 weeks. Their eggs and baby shrimps will stick to their mother's gills until they're big enough to survive on their own.

They'll live for 1-2 years, but younger animals will constantly take their place to ensure there's always something to watch (and you don't have to buy new ones). Also they're not very picky regarding food and will happily keep your tank clean, even if you miss some dead animal (they won't attack living ones).

They're available in many different colors (their original one is transparent with some black or reddish patterns), but offspring occasionally will have different colors. Price varies greatly on color and could be anything from 50 Pence up to several Pounds (I'm assuming you're from the UK). Keep in mind they won't grow bigger than 2-3cm (females being on the larger end). But once their population is healthy enough, you could even add some bigger shrimp who'll sometimes try to eat the smaller species (so it's not a good start for the beginning).

Here's a short clip showcasing the red variation in a 20l tank:

This video has quite a few of them swimming around (natural color variation):

This behavior isn't based on color. These are just two random video clips I've picked.

If you mind asthetics, getting the heater in the aquarium you've chosen might be a bit tricky. It won't be huge, but still clearly visible.

If the aquarium doesn't have to be round, there are tons of different nano aquarium designs out there, often only having some small bar or "box" on one side with filters, heater, etc. inside. One design I really like is the Fluval Edge, but it's rather small for fishes (possible, but on the lower end): 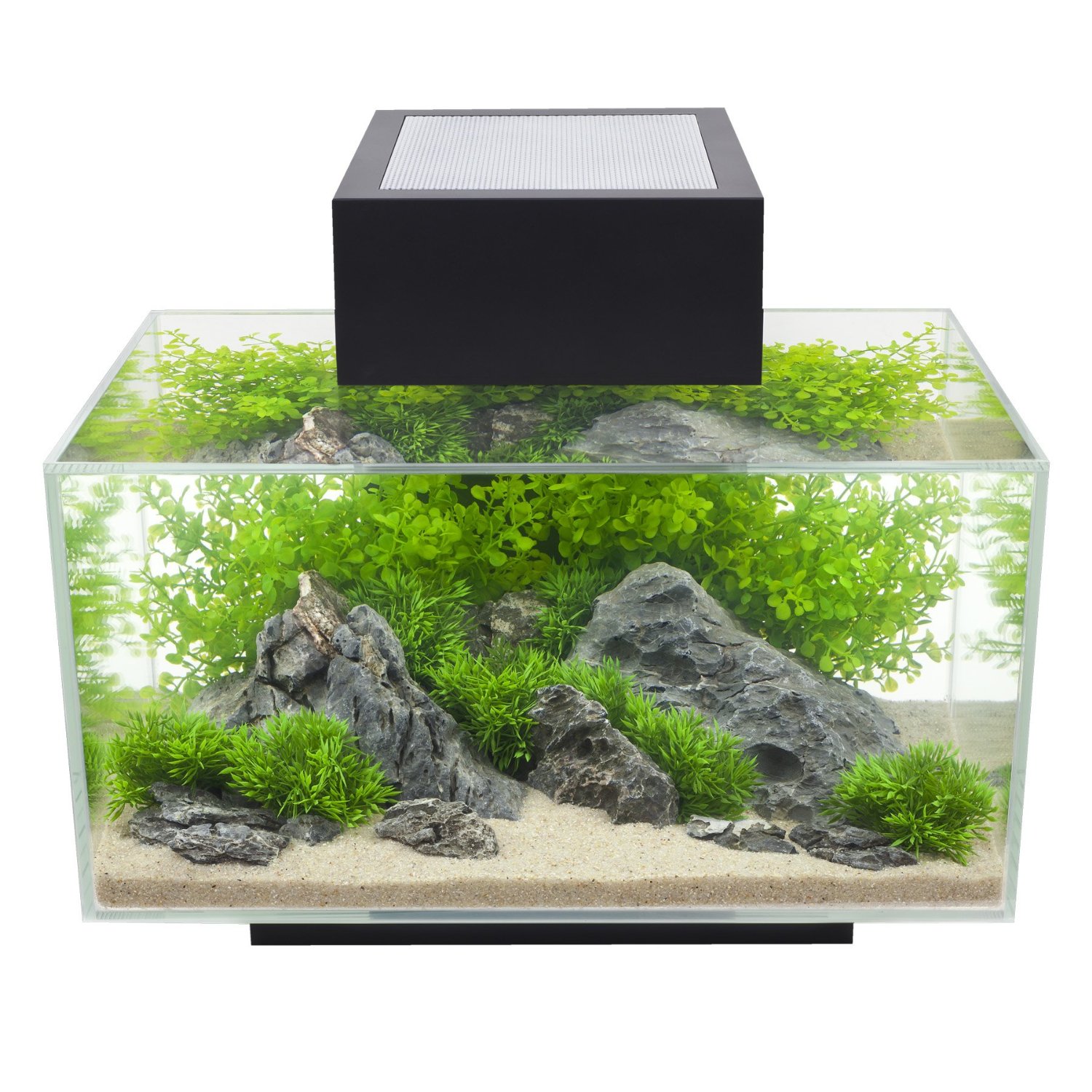 You could also go with a simple glass cube (available from different manufacturers) and add a small filter and heater that will be put into the tank. You'll somehow have to deal with lighting and power lines for obvious reasons.

Once you get a tank, make sure you get a fish tank heater and a fish tank filter. The higher the temperature of the tank, the higher metabolism and faster the life cycle. Your daughter may get very attached to the fish and may cry at their death so be warned. Maybe get a few colourful shrimp (About 3) such as fire reds, sunkist, dream blues, velvet blues. IT adds some nice colours. 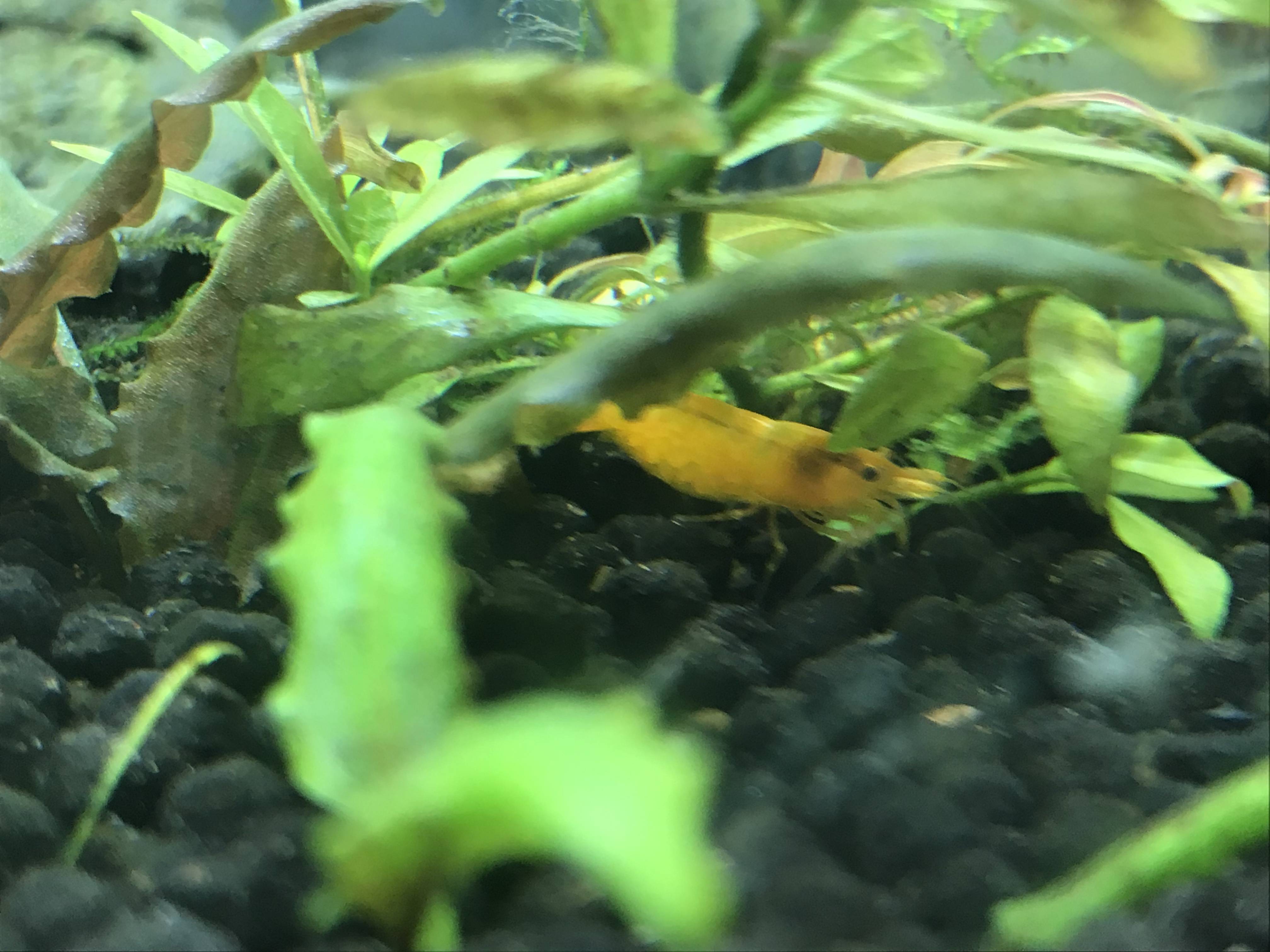 Then about fish, I recommend a catfish, and a few micro fish. Such as about 5 neon tetras. They are very pretty.

Get about 3 ember tetras too! Now you need some fish tank soil or sand or pebbles are important to have at the bottom of the tank. Then after that ensure you get fish tank usage plants and rocks.

Not the answer you're looking for? Browse other questions tagged aquarium fish community-aquarium or ask your own question.

11
Why are my fish dying?
4
Black goldfish with its fin clamped down
2
New tank issue makes me sad
6
Betta fish fin tear or rot?
3
Helping an old betta with fin holes
1
How do I keep my fish tank and fish safe against Raid Fogger bomb for roaches?
3
Is there anything more that I can do to make my dwarf hamsters more comfortable and happy?