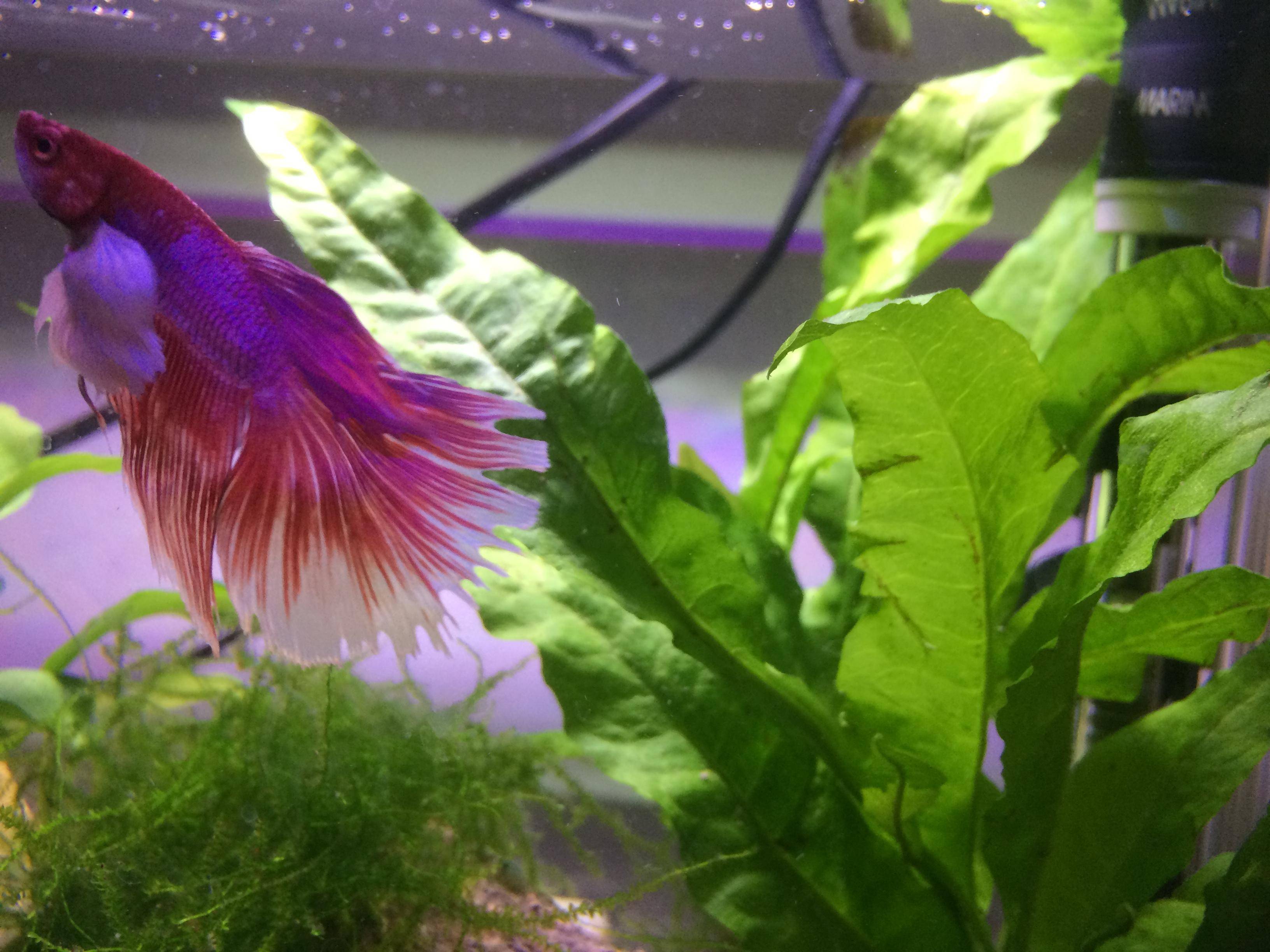 Does my fish have fin rot or is the tail simply torn?

I got him a few days ago and his fins were a bit like this, I'm unsure if it's gotten worse. He is in a cycled 16L tank with a filter, heater, gravel, live plants, driftwood and a fake hollow log. His tank is the Blue Plant 16L kit which a quick Google search will give you specifications.

He is alone, apart from a few bladder snails that I got with the plants, and I've been picking them out as I see them. Haven't seen any in a little while.

Just did a liquid test and ammonia is around 0 - 0.25 ppm maybe? I have bad lighting, it's hard to tell in the evenings. I've dosed Prime and Stresscoat API and I'll do a water change tomorrow.

He is very active, happy, curious and eats well. Doesn't act sick at all, but I want to make sure he won't go downhill. His ventral fins are also kind of curled at the ends.

What are your thoughts on what that is?

P.S. The gravel is quite large and not the smoothest, and his hollow fake log does have some rough bits.

Answer: It's not easy to say

In my experience it's difficult to conclusively say whether fin rot is involved or not. It is, of course, possible that your fish ripped its fin on something in the tank but you would expect a single rip as opposed to multiple missing curves. My catfish occasionally rip their tails on the wood in the tank, but this is normally a few long rips up the length of the tail and these heal up pretty quickly.

Fin rot can be encouraged by a rip in the fin, so it may have started as a single rip and fin rot has started to eat away at the fin. As with most fish illnesses, the potential for disease is almost always in your tank's water, but when they strike it can be a pointer to other problems like poor water quality, fish stress or other contributing factors. A healthy fish in a healthy tank should be able to fight off fin rot before it can take hold.

It is possible that the gravel could have ripped the fins but the fish would have limited, forceful contact with the gravel unless it had something like Ich and was trying to scratch.

Tail nipping can also look a bit like fin rot. However, as you said you've got no other fish in the tank, I won't pursue this option.

All is not lost!

In terms of treatment, depending on your locality, you may be able to get over the counter antibiotics for this kind of thing. You can also try aquarium salt which can help to treat the problem.

In my experience, you can get very good results just by ensuring that the water quality is excellent - which means no ammonia, no nitrites, no more than 30 ppm of nitrates and regular water changes. This will also help to stop the fish having other problems in the future with similar illnesses. Providing good quality water will not stress the fish out as much as the change in water parameters due to medicines might. In some cases, just leaving the fish to heal on it's own can be the most effective solution but you must be sure that your tank parameters are up to scratch or the disease will take hold.

Keep a good watch on the fin (perhaps photograph it each day so you can see the change) and if it worsens, you could take more aggressive treatment actions.

There is no need to worry. If your betta was injured or had fin rot it is in the process of healing. The white finnage is a actually new tissue growing so it's healthy.

Betta fin tissue usually heals easily on its own. If you're keeping your betta in a vase or a fish bowl with no filter, you should already be on a weekly water changing schedule.

Not the answer you're looking for? Browse other questions tagged health aquarium fish betta or ask your own question.

1
Help with Fin Damage on my Betta
1
Fin rot, clamped fin, or what?

6
Help with Fishless Cycling with Live Plants
3
Can Bettas have lazy personalities?
2
Betta with fin rot
3
Is my fish suffering from fin rot or is this just a sign of wear and tear?
1
Betta fish fin rot or fin biting or fin injury?