Is there a pet which eats flies

Is there any pet which I can hold indoors in Central European household and which eats flies (and any other insects) flying around my house? I got plenty of them because my neighbor has a pig farm next door.

My answer's going to be the same as one I've previously given. I would avoid getting an animal and expect it to take care of any insect problems.

You're also going to want to consider the needs of the animals you're considering. The first animals that come to mind are amphibians and reptiles, but amphibians need constant moisture otherwise you're going to find some nasty surprises around your house. Reptiles need certain temperatures and UV light in order to digest their food, so you'd be living in a tanning bed.

My cats have been effective at chasing down and killing flies, but they also have been effective at "killing" everything else that's been in their way. Fly on the good china? Not anymore. Of course you have'll want to consider the responsibilities of taking care of a cat if you go that route (they're not going to survive off of bugs).

If it's just a matter of not wanting to put fly traps around the house (I get it, they're gross), I'd suggest a plant that eats insects. The only downside to a plant is the amount of sunlight it needs, and making sure that it gets enough water.

There's the classic venus fly trap, the sundew plant, and various types of pitcher plants. I would ask gardening.se about the specific care for the plants though.

Otherwise if it's just about getting rid of the flies, I'd suggest one of the bag fly traps. They work in the same way that the pitcher plants do, in that the flies go in, get stuck, and drown.

If you're looking for a pet, I would probably suggest guinea fowl. They eat insects and rodents and don't really require much to take care of other than making sure they have water. The downside though is that they make a lot of noise when they discover something new, but it sounds like that wouldn't matter much.

Absolutely, get a pet 'Venus Flytrap'. 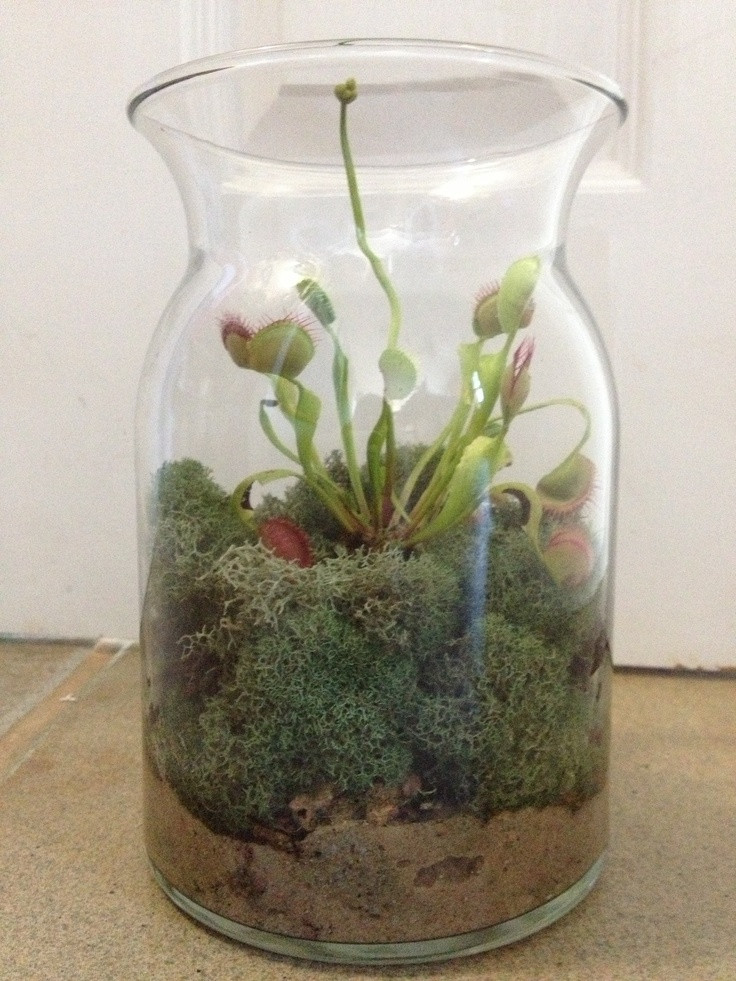 Venus Flytraps grow in wild in my state, so I just leave mine outside during the summer and winterize them as they need the cool down period, but from what I understand you can grow them inside well enough. They may need a container of some sort, like the one pictured, to keep the humidity high. You'll also need a good grow light.

From recent research I've been doing to provide some good light to tropical that are outside during the summer and in, in the winter, I think you could buy a 4-pack each of 60w-100w equivalent CFL light bulbs (the spirally ones), in both the 6500k and 2700k range. It'll say which it is, somewhere on the pack, like so: 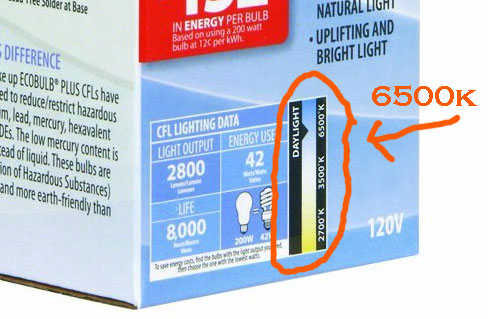 You can put them in the little metal shades with the spring clamps. It looks a little gaudy, but you can buy a socket splitter and put one of each bulb in one of the big reflectors. These two ranges do different things. If you pick one, I'd go with the 6500k, but it's easy enough to do both. Look online for how to set it up and the correct distance above the plant.

These plants have been pretty easy for me to care for, though. I'd tried in the past, with no luck, doing all kinds of complicated care. However, I found a book called, "The Savage Garden" by Peter D'Amato

For the 'Venus Flytrap', the book told me a ratio to sphagnum peat moss (super cheap for a bale) and sand (super cheap play sand), to plant it in. It then said to just set it in a tray of water and keep water in the tray. The mix wicks up the proper moisture. They like to sit in water. Then you simply wait and it starts feeding.

I now have several carnivorous plants. I have some of the 'Venus Flytraps', so 'Sarracenia', and I bought my first 'Nepenthes' (Lady Luck) recently and it's supposed to do well in a regular indoor environment. Any of these will eat up your local fly population and will actually attract them to themselves so you won't have to move them around much to catch them. It won't run away on you and requires minimal care, but they're very reminiscent of a pet since they move and you can feed them. They grow light will also help attract the flys in the evenings and morning when it's the brightest light around. Good luck.

I've found one funny pet: a bat. Those were sold once for £25 in Italian supermarkets.

Not the answer you're looking for? Browse other questions tagged pet-selection insects or ask your own question.

21
Can I use a gecko to get rid of a cockroach infestation?
9
Are there native web building spiders in North America that can be domesticated?

1
Are rabbits really the third most popular pet?
17
Is there anything I should know or consider before giving a pet as a gift?
7
Can I make my own substrate to keep fruit flies alive?
5
How can I get my cat to like me?
2
How to properly take care of pet slow loris?