I've had my cat for about two weeks now, the Vets estimated that he is around 6 months old (i rescued him from being feral)

He has had some medical issues already with his bowel that he is making progress with.

When I first had him, i started noticing that after he ate, he had a dirty face which i assumed was due to him being a messy eater, he had a very faint black moustache appear after eating in the morning that would stay during the day but be gone by the next morning before he had his breakfast but now it's gotten bigger, darker and moved up from just his mouth to under his nose, but it's not coming out of his nose, I try and rub it off and nothing comes off at all. I'm kinda worried about it but it doesn't seem like any type of infection or anything and with his other issue, stress will undo all the progress he's made so far if i take him back to the vet to get it looked at. 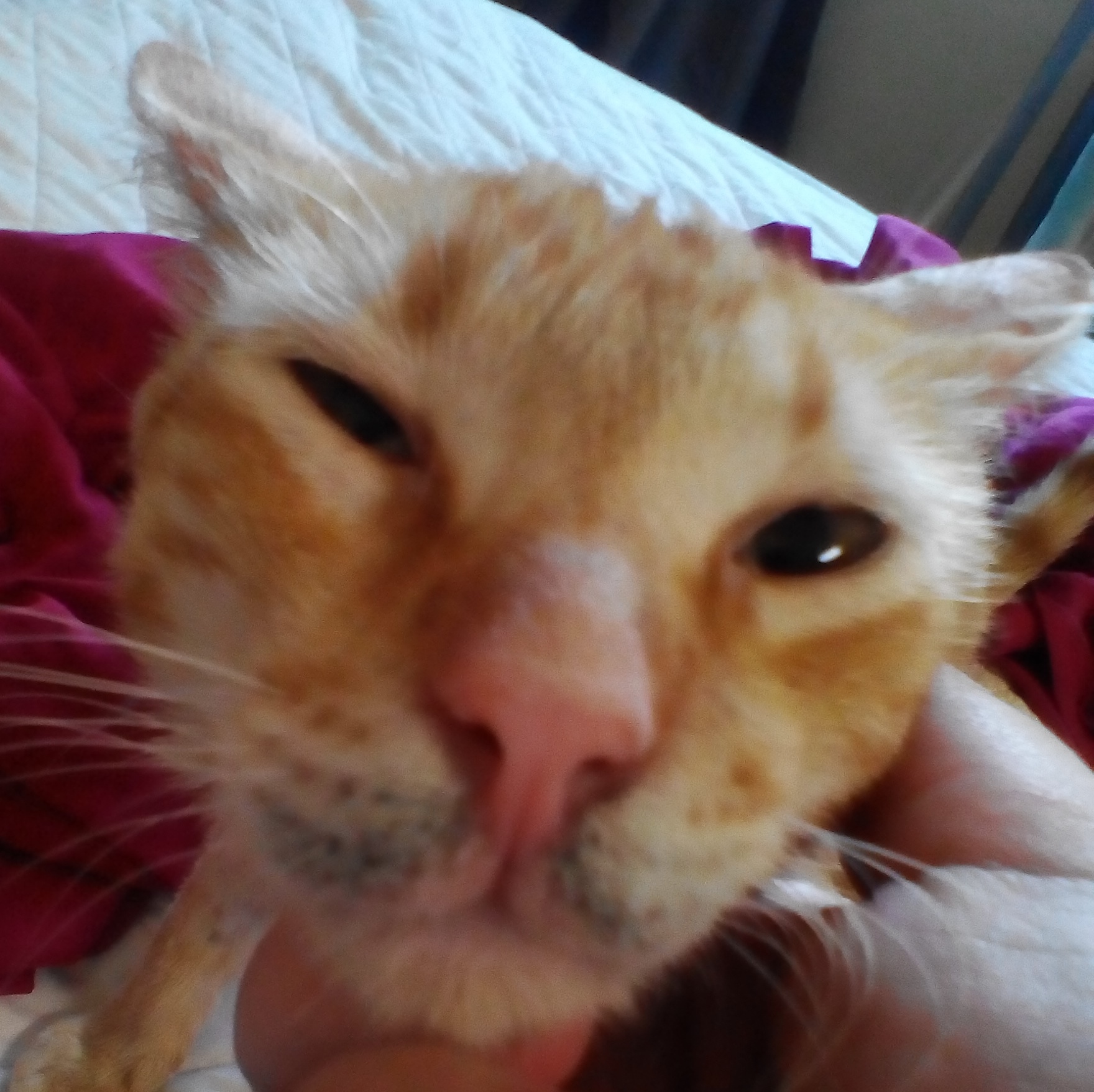 Browse other questions tagged cats health marking ears-nose-throat or ask your own question.

17
What should I do if my cat stops eating and starts hiding more?
7
Why can't my rabbit lift it's head?
4
Is my cat's new toy making him agressive towards me?
4
How do I make a cat understand something is wrong?
11
Does anyone have experience with: unknown mass in cat's chest?
3
Why did my betta’s fins grow back curly?
2
New betta problems - I was unaware of cycling before new tank
21
Cat Keeps Drinking Unattended Drinks
2
My leopard gecko is bleeding under his skin!
2
How to prevent infrequent out-of-litterbox elimination?