How to remove green bacteria algae from aquarium?

How to remove green bacteria algae from aquarium? Reasons for their bloom might be location of the aquarium close to a window with direct impact of sunlight and/or too high values of PO43- (phosphate) concentration. 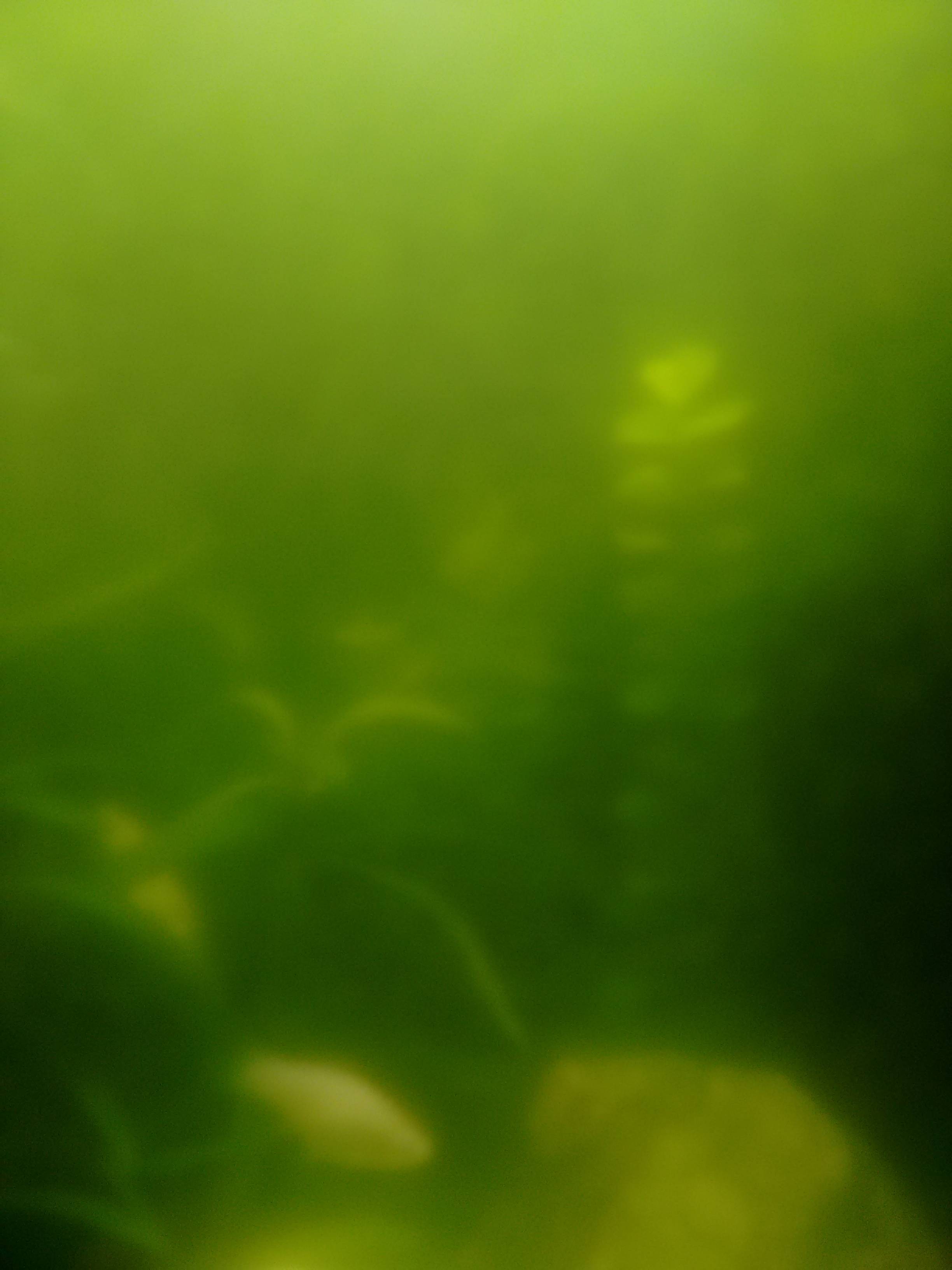 Rather than using algaecide potentially causing harm to plants, animals, producing workers and the rest of the world

You can track the progress by checking how deep you can see into the aquarium day by day. The Daphnia should start to multiply by 4 every 2 to 5 days and 60 l are cleared after a week. Then decorate your Daphnia with orders and release them as living food.

Example glass with plastic kitchen sieve (since Daphnia can't fully control their movement chances that small Daphnia get through the sieve are small; mollys don't show any interest in Daphnia; a test with a nylon stocking with a knot showed that too few water is exchanged in the container): 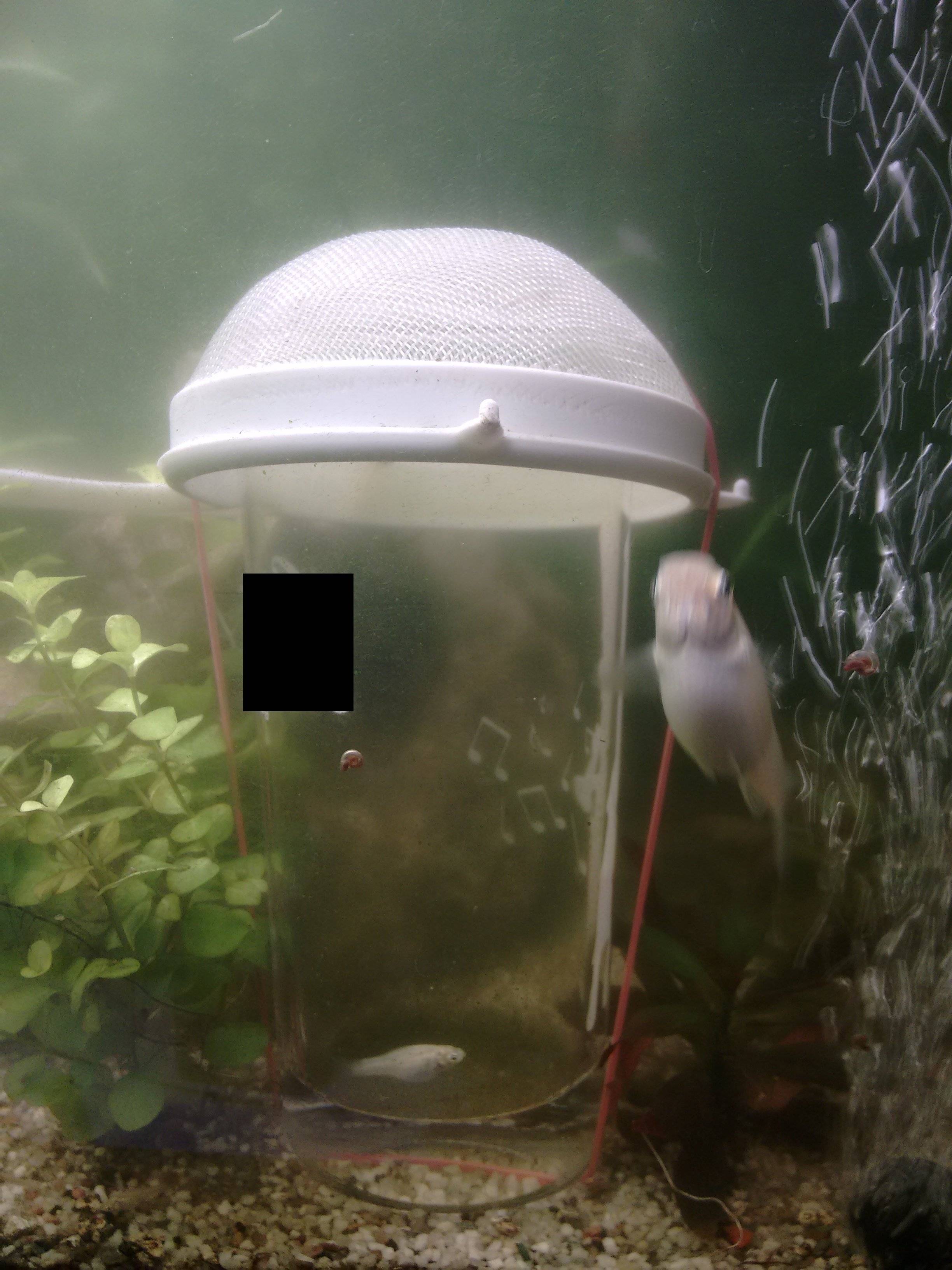 This might work with red and even blue bacteria algae as well since they're consumed by Daphnia.

After installing an undergravel filter in the aquarium (which was a severe action which can't be performed in all aquariums) I have crystal clear water and it might be that the problem is prevented forever.

And most often the cause of algae is a lack of nutrients for your plants in combination with too much (sun)light.
Since you mention that your tank is close to a window, then this is most likely the cause of your algae.

I guess that you'll already notice a big difference if you simply move your tank away from the window though.

You can introduce a Hypostomus plecostomus, also called "algae eater", to the aquarium. These fish are great for keeping algae at bay. They are readily available at most pet shops and come in all sorts of sizes: from an inch in length to much larger and are inexpensive. 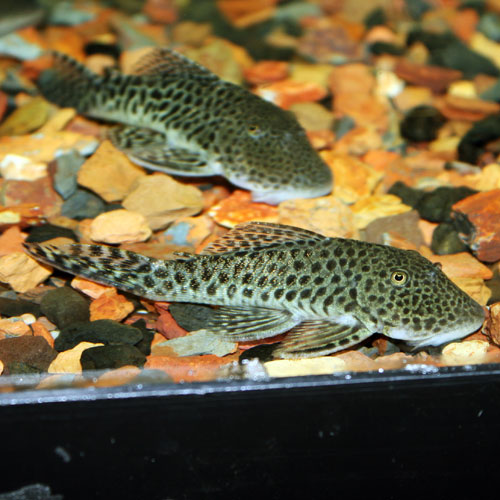 Not the answer you're looking for? Browse other questions tagged aquarium algae or ask your own question.

3
Green water in aquarium
2
How to minimize algae in this case?
2
Get rid of green dust algae in aquarium
0
How to move an aquarium?

15
How to remove the algae from the glass of an aquarium?
9
Which South American fish will keep pygmy chain sword plants clean?
1
Removing Chemicals from plastic aquarium
2
How to remove carbon particles/peat from my self-made gravel?
2
Get rid of green dust algae in aquarium
2
Planted nano-aquarium experiment
4
questions about leveling and positioning a 4 foot fish tank
0
How is GFO reactor better than PhosBan medium in the filter?
2
How do I remove hair algae from my fish tank?
2
Aquarium with mud production that clogs the filtration system