What's the difference between chocolate and seal colorpoints (Siamese)?

Romeo is a Siamese mix (he's a rescue and has a tiny white dot on his chest, so he's not purebred). The rescue I obtained him from (Siamese Cat Rescue Center) said he is a chocolate point, but he also had a fever coat while he was in rescue (it is almost grown out!).

I recently showed his picture to a friend and she said he looks just like her seal point, which made me wonder what the difference is between a chocolate and seal point?

Since colorpoints tend to get darker with age, I'll note that Romeo's age is not known, but he had not reached maturity (developed secondary sex characteristics) when he was neutered (August 2014), so he's younger than three years old. 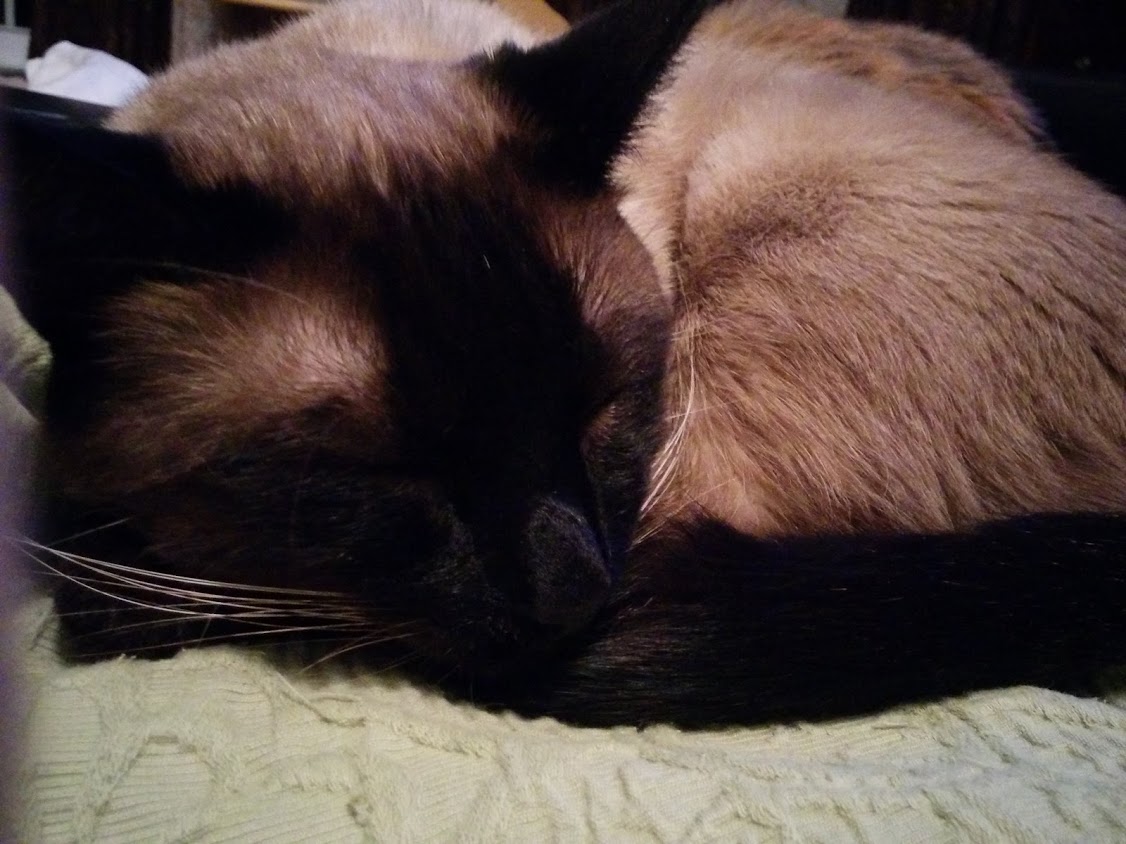 There are official show-quality/purebred definitions of each of the "point" colors. You can easily find the whole list and photos of corresponding cats on the web, but to answer your question:

The difference becomes fuzzy in random-bred 'meezers, and as you know body color shifts with age and environment since it's temperature-sensitive.

There's a bit of confusion and possibly some exploitation about these names. The genetic trait that produces black fur on a cat comes in three variants: Black, Chocolate, and Cinnamon. Chocolate is notably lighter brownish color than Black. This variant of the gene is rare, and thus valued in breeder circles.

The Colorpoint gene that tweaks the dominant color to provide the distinctive dark points does so by a temperature-dependent lessening of color on the animal. Cooler areas are closer to the natural color, warmers are much lighter. Thus black is reduced to a brownish color at the points that breeders call Seal Point - possibly because it sounds better than black point.

A cat with the Chocolate gene and Colorpoint as well will have the original light color lightened even more and be very pale. This is true Chocolate point, and is also rare. Probably in most cases Chocolate Point is being used either as a synonym for Seal, which is wrong, or to boost the value of a pointed cat. I have a cat called Chocolate Point which is really Seal Point now that he is grown.

Looking at your photo, I'd say this is a Seal for sure. Not that there is anything wrong with that.

Your cat is a Seal. Chocolates have a cinnamon-pink nose. The Thai vet is wrong.
See: CFA Siamese Point scores 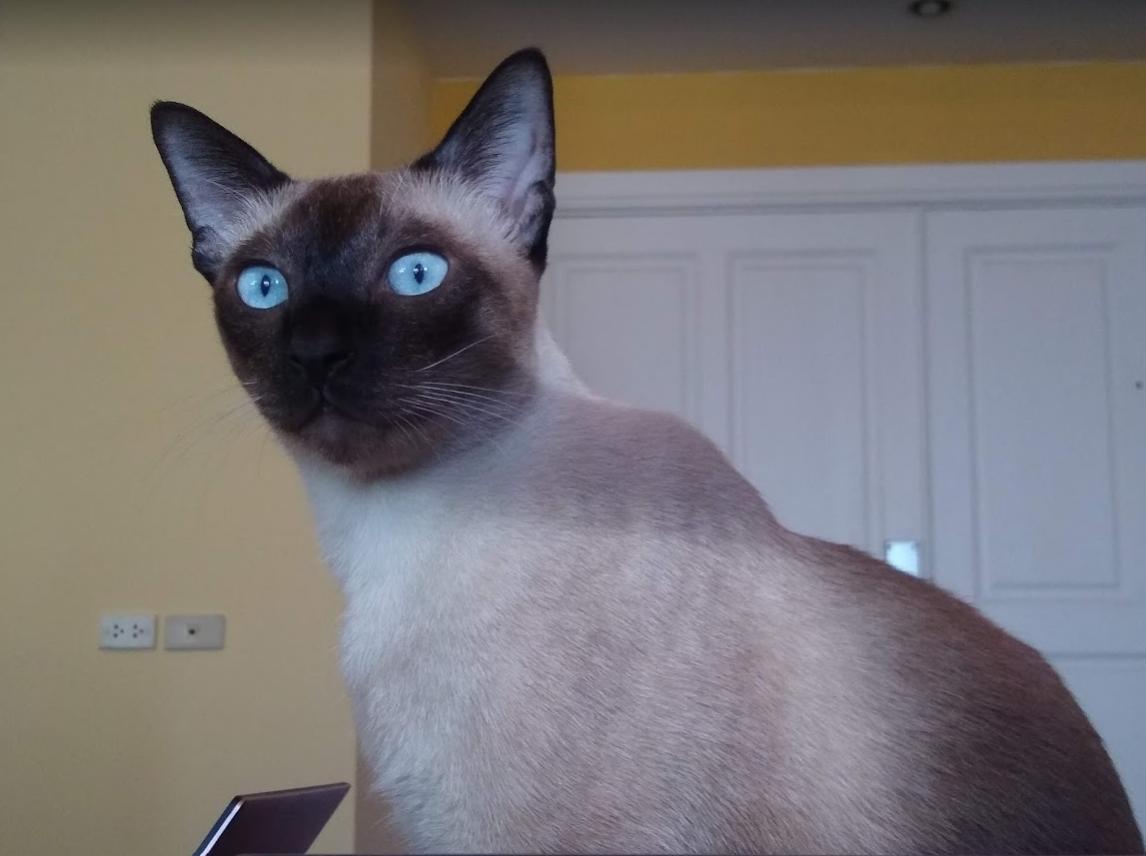 Maybe this will help.

This is my 4 year old Siamese, Winston, whom I adopted from the street here in Bangkok when he was 5 weeks old. Today when I was getting him microchipped my vet labeled him Chocolate Point but I'm not sure she's correct.

So, based on (a) whether this is the same coloring as your cat, and (b) whether you trust my Thai veterinarian, then that should help determine your cat's coloring category.

Odd question... Did anyone ever tell you to look at the color of his toes? A seal will typically be darker foot or toe pad, or toe bean, and a chocolate will have pinker bean with a lighter halo brown on the edges. You can tell a lot by your kitty's feet!

Not the answer you're looking for? Browse other questions tagged cats terminology or ask your own question.