My pillbugs are having trouble moulting

I raise a box of about 30 pillbugs. About 2 months ago I found a bug that couldn't seem the moult. Its old skin was still attached to its body, and it was limping around with the skin on. It died after about a day.

In the following weeks, I found another bug like that, sitting out in the open with its old skin stuck on, making no attempt to moult. I tried to scrape off its skin very gently, but I couldn't do much and it died soon after.

Today I found a third bug like this. Am I not giving them the correct habitat to moult?

Photo shows the bug in question, looking sad and helpless (it's a bit wet as I had just watered the box).

Environment: It's currently the middle of winter (about 2-15 degrees celsius). I keep the bugs indoors in a room that is sometimes heated. They live in a little box placed in the shade, and I sprinkle a little water on the soil daily. The pillbugs eat a diet of dry and fresh leaves, carrots, and sometimes a piece of cat kibble. 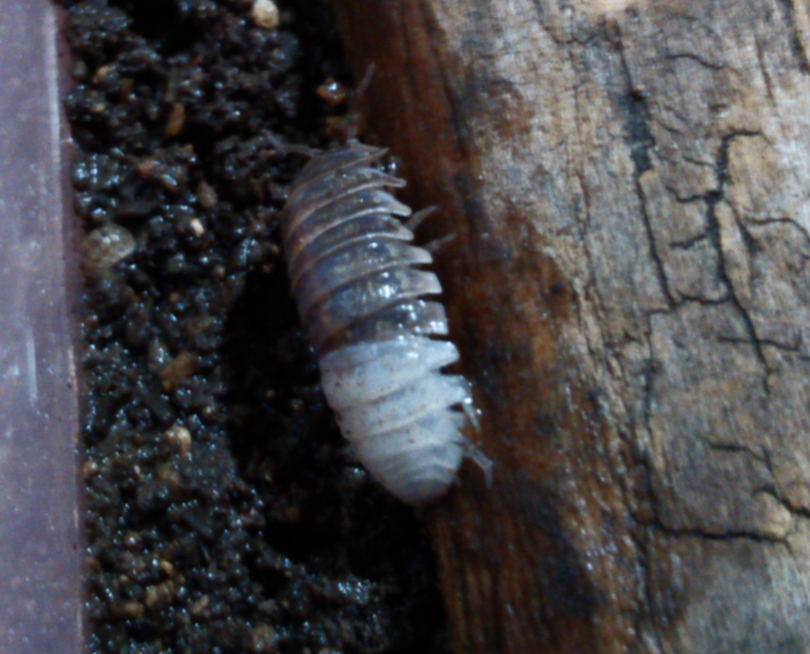 Browse other questions tagged health terrariums or ask your own question.

4
What live plants are safe to plant in a vivarium with an Emerald Swift?
4
Why are my snake's belly scales turning yellow?
6
What are the minimum requirements for keeping a snake?
1
What is the impact of my dog having puppies?
1
My dog is having a lot of hair fall
4
Do the skin scales developing on my dead kitten provide any clues to what may have caused its death?
7
Adopting (rescuing) a pair of Big pet store Leopard Geckos that were raised by uninformed - Help
9
What are the potential risks (to the dog) from having a child ride it like a pony?
3
New GloFish are staying at top and sides of tank, not swimming around