My hedgehog is almost completely immobile and won't eat, what can I do?

For the past few days, my hedgehog has been almost completely immobile. She was able to slowly wobble around a cage for a day, but now is only able to curl slightly (but not fully), and wiggle her nose. She's been just lying on her side for around 2 days now, and doesn't seem at all interested in food (although she still drinks water if I put her head in her water dish).

She doesn't make any noises indicating that she's in pain or anything, she just lies there. The only odd thing I've noticed (besides her not moving) is that her eyes seem to have a blue tinge to them, and keep twitching.

I wasn't able to take her to the vet when it first started, and now, she's looking rough enough that I'm not sure that they can do anything. I don't have enough money currently to take her in just so they can look at her (I've heard that can be upwards of $100).

Do these symptoms match anything treatable, or should I start looking into more unfortunate options? 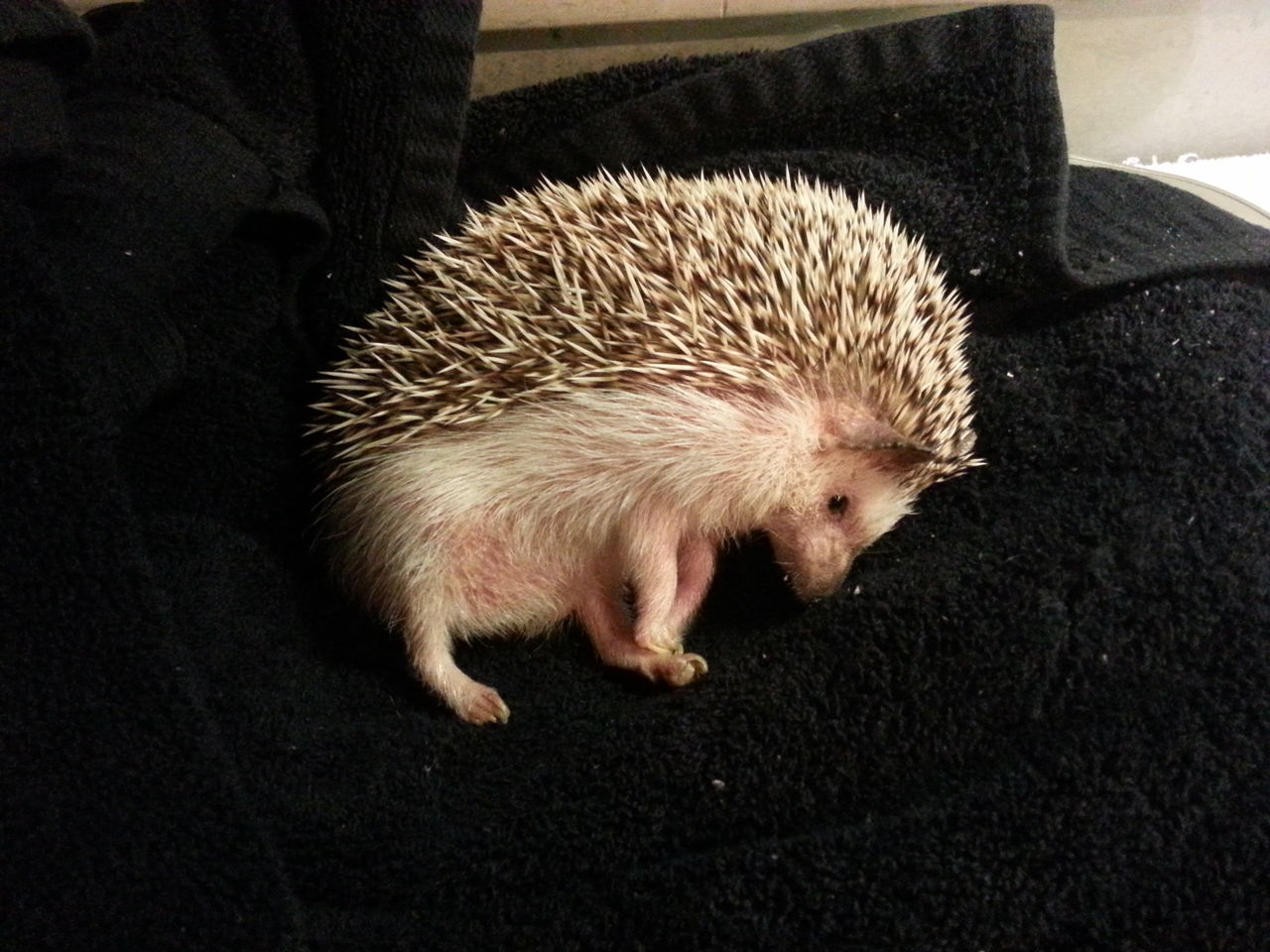 (Her lying on her side) 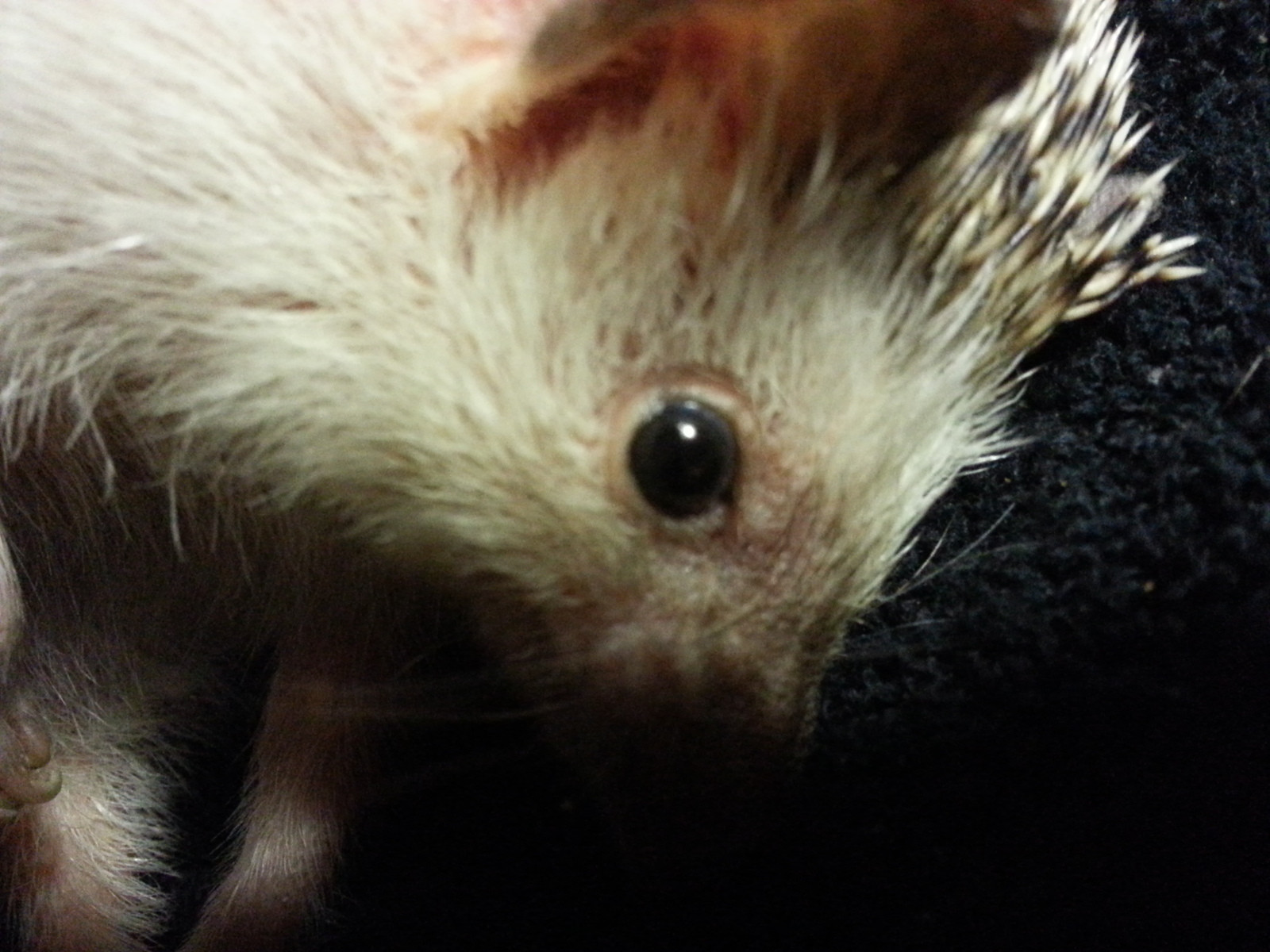 (Close-up of her eye. I couldn't get a good picture of the blue, as it's around the outside of her eye, and only shows when they're bulged a bit. They've always seemed slightly blue, but it seems to be more pronounced now)

I'm guessing she's around 5 years old. She was quite small when I got her, and I've had her for around 2 years. She eats organic cat food (high protein and fiber, low fat), a "superfood" mix from safeway (kale, broccoli, cabbage), and freeze-dried super worms.

That has been her consistent diet for the past year and a half (she was on wet cat food before). She's never had any other problems, other then being very reclusive; although that seems to be a fairly common trait for hedgehogs.

I took her to the vet. It ended up being WHS; a disease comparable to MS in humans. It's incurable, and she was euthanized :(.

Sorry if this is the case for anyone else.

Not the answer you're looking for? Browse other questions tagged health feeding hedgehog or ask your own question.

22
What can I do about the black dots on my cat's chin?
8
How can I feed this baby hedgehog?
7
Hedgehog cold and lethargic, what to do?
4
How can I get my hedgehog to be more interactive?
4
My snake has started shedding, but seems unwilling/unable to finish
7
Something's wrong with my gecko