How can I get my dog get used to a new small environment?

We've got this small 4 years old chihuahua dog, she weighs less than 2 pounds, we moved her from a really warm environment in south of Mexico to a colder place, actually a smaller place in another city.

As we have flat neighbors, we need to make sure she won't stress that much when strange people gets around, and what's worse when we left her alone in the room.

Every time she's left alone in the room she starts shivering and even gets cold, it's like she just can't feel safe and secure at all.

She seems to be stressed more than usual, like getting more likely to bite new people and even us, and rejects and complains to wear clothes.

Unfortunately she never got so much discipline and it's like she's only used to cuddles. 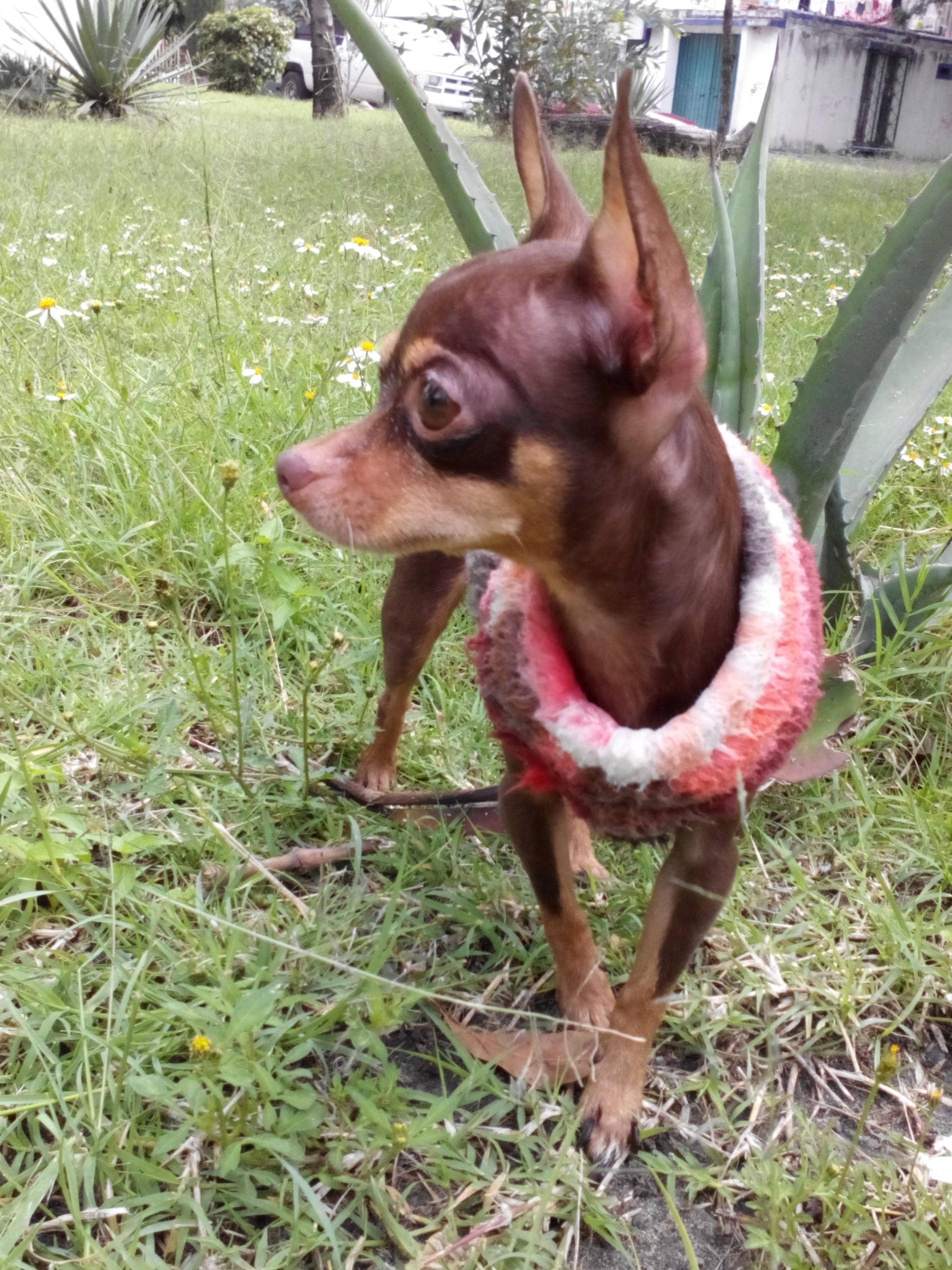 When she is left alone, are you sure she is shivering because of the cold? It sounds like she may be shaking due to her nerves and anxiety.

When she is alone, does she whine and bark? If so, this is her crying for help-and her training you to realize that if she is uncomfortable, you need to do something for her. To get her to stop whining/barking, you have to let her cry herself out, then reward her when she has calmed down by visiting her or giving her a "good girl" from the other room.

If you think your dog is uncomfortable when she is alone because she doesn't know what to do with herself, sometimes dog toys can help-I'm a fan of "cow hooves" as chew toys, as they last a long for my dog and chewing helps her relieve anxiety. Those might be a bit big for your pup, but something that can be chewed on for a while (a rubber kong toy filled with peanut butter, a squeaker toy, etc) may help her alleviate boredom when she is alone.

When you guys are just hanging out at home together-is she usually perched on someones lap? There isn't necessarily anything wrong with letting your dog sit on your lap-but make sure she has to ask permission first (either by giving her owner or the person whose lap she's wants to jump into a look and waiting for an affirmative response). If she assumes that she can jump into anyone's lap she so chooses without asking, this may indicate that she thinks she is in control of the situation. That is not ideal, as dogs who set their own rules are less likely to follow the rules we want them too (like not barking when left alone or when strangers are around).

I had a husky mix once upon a time who started off as a great dog-and then as he became more comfortable with us, he became less and less well behaved in "anxiety-inducing" situations (i.e., meeting new people and dogs, which eventually turned into just seeing strangers or other dogs); he would bark and raise the hair on his back, and it got too be a scary problem, as his anxiety made him harder to control and communicate with. After consulting with a dog trainer, we stopped giving him attention when he asked for it and only gave him attention as a reward for when he obeyed a command we gave him. Upon coming home from work, we would wait to greet him until we had put all of our things away and only once he calmed down would we say "hi." Within a week we were able to let him meet new people and dogs without any negative or anxious reaction.

Moving can be a scary experience for a dog-and it may very well be natural for her to exhibit this type of behavior if this is what she believes is expected of her. However, it's never to late to recondition your dog to act how you would like. She is a very smart and very cute girl and I wish you the best of luck.

Not the answer you're looking for? Browse other questions tagged dogs behavior or ask your own question.

11
My dog is destroying things and peeing inside when I am at work. How can I get him to stop?
9
Why does my dog get scared when approached and petted?
2
Dog hates to stay home alone
2
Why is my dog afraid of me when we are alone, but affectionate most of the time when others are around?
7
Dog has issues to stay home alone after move
4
My dog when left alone in a room while poop and eat it. Even after walk (with #2)
2
Is it ok that my puppy needs to very sleepy before they're happy to be alone in crate/pen?
1
My dog has a big personal bubble, how do we make her more comfortable around other dogs?