What is this hairless patch on my dog?

I could swear that this appeared almost overnight, as I would have noticed it had it been around sooner. The dog is a chihuahua/terrier mix, called a rat terrier and he's about a year old. Any idea what this could be? 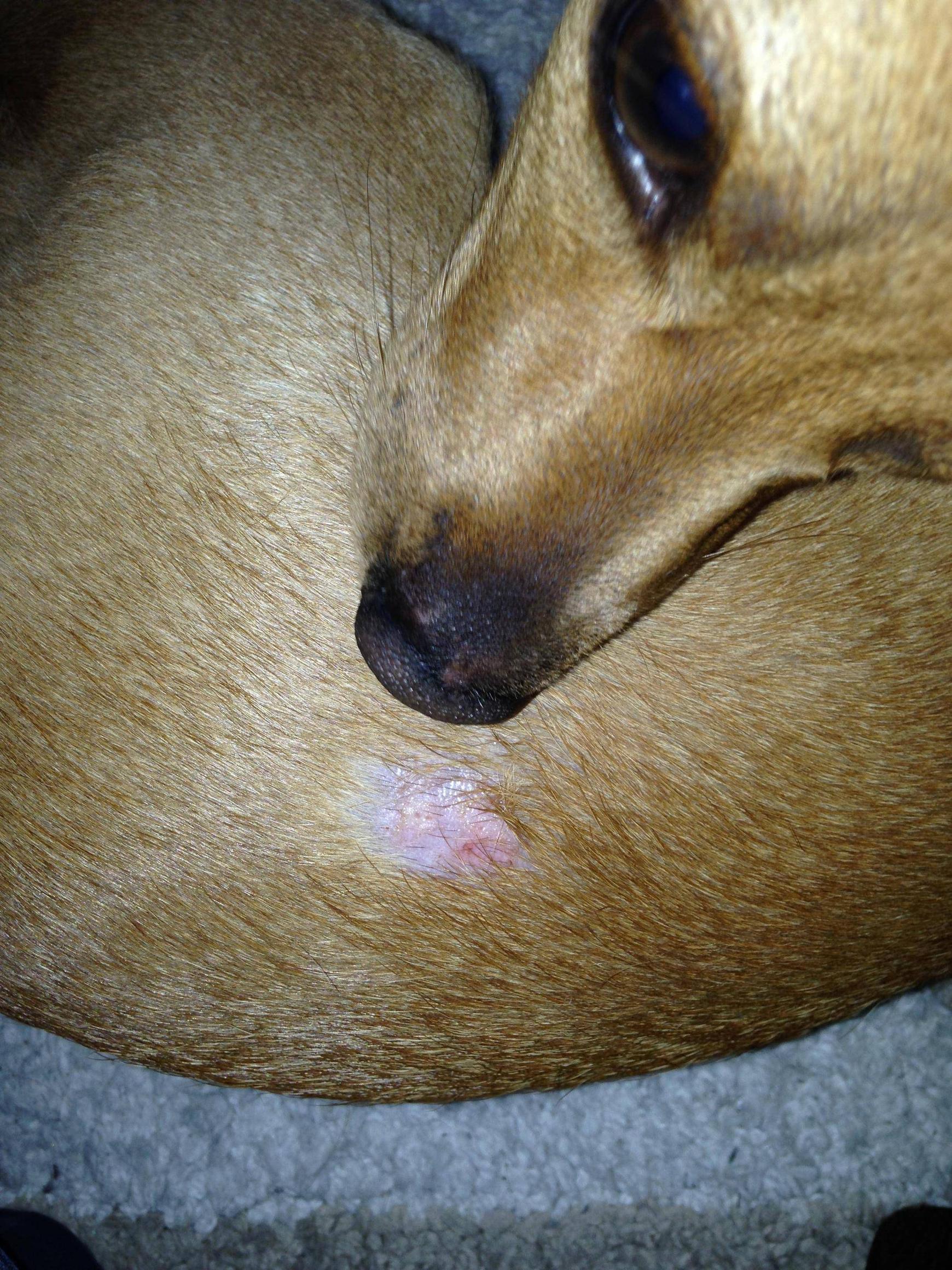 It's not uncommon for dogs to scratch (or chew) off hair if they have something bothering their skin that won't go away with a single scratch. They don't have the self-restraint we do in knowing that they need to ignore the itch in order for it to heal better.

It's possibly that it started as a bug bite, or he came into contact with something he's allergic to, and he scratched it to the point where you see it now. The important thing you'll need to do now, is make sure that he doesn't keep scratching it, otherwise it won't heal.

If he can bite it, which it looks like he can, I'd suggest looking into a cone of shame. I think they're pretty inexpensive and you can find them at your local pet store.

So the vet assumed it was some kind of infection, though she seemed a bit clueless. In any case, she gave me two kinds of antibiotics. Will post updates when/if he gets better.

Not the answer you're looking for? Browse other questions tagged dogs infections or ask your own question.

1
Why is my new adult male dog compulsively marking and humping the air?
4
Why is my adult dog's coat changing color?
3
Dog restless at night in new crate
2
My dog will not accept meal from anyone other than me
4
how to stop my dog from bullying shy dogs
6
My dog has been acting strangely around one of my cats' butt