How do I tell the sex of a bearded dragon?

I have a bearded dragon and I want to know whether it's a boy or a girl. I don't see any parts down there, so how can I tell?

While these may be true sometimes, it's important to remember that these are all anecdotal, and isn't a definitive way of determining the sex of your bearded dragon. The only sure way is to look at what are called hemipenal bulges. While I wouldn't say that determining the sex by looking at the hemipenal bulges is 100% accurate, they are the most accurate method of sexing your dragon (Right after finding it laying eggs).

Note: The male hemipenal bulges might be bulges might not be developed enough to see until the bearded dragon is grown 6-7 inches in length. Until then, it will probably look very similar to a female's.

The hemipenal bulges on a male bearded dragon will be two bulges, one on each side of the tail following the vent. 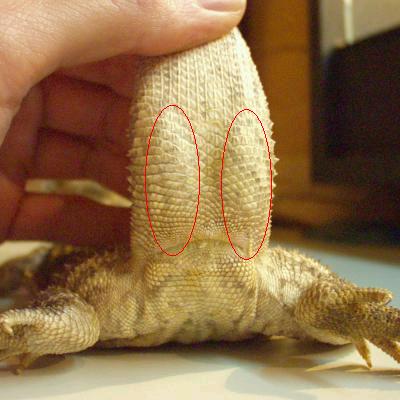 The hemipenal bulges on a female bearded dragon will be one single bulge in the center of the tail following the vent. 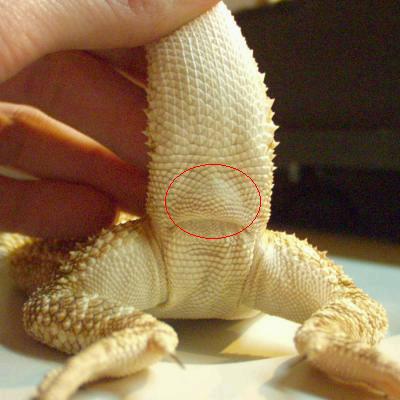 If you are having trouble determining which sex you have, it can actually help a lot to take a small flashlight and shine some light through the tail. You should see the shadows of the testes if it's a male. 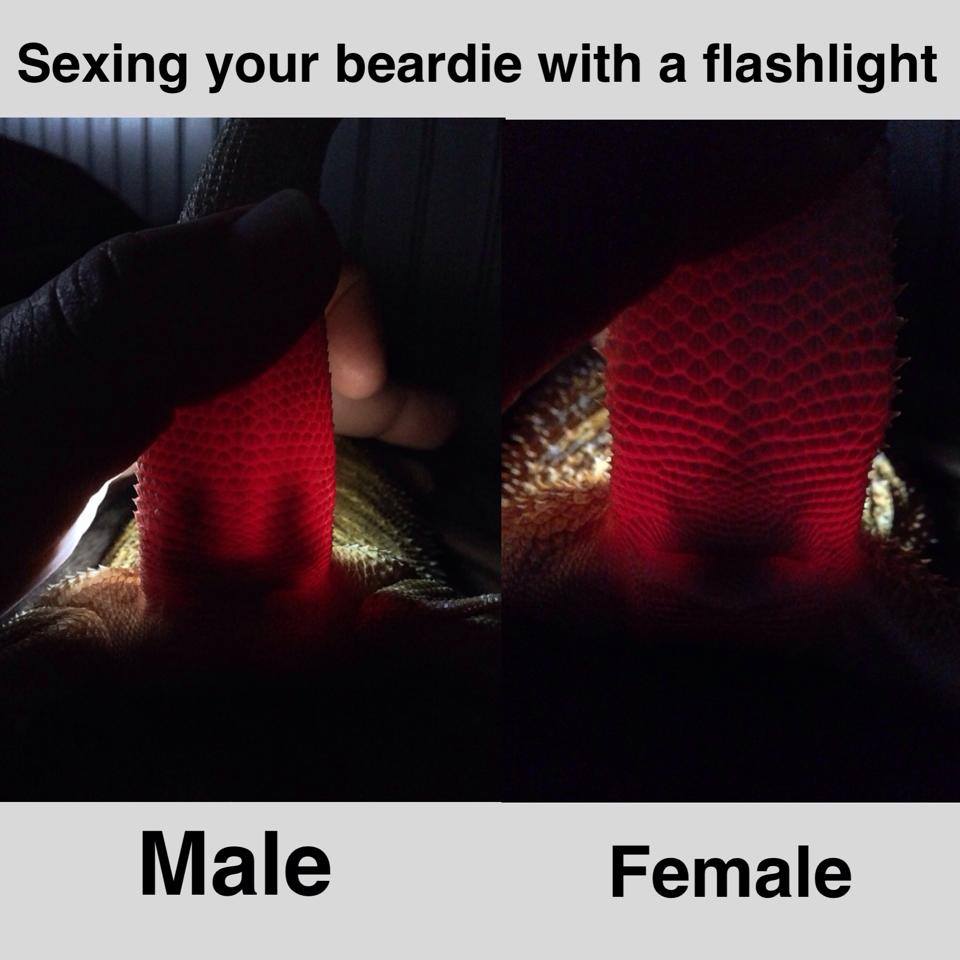 Bearded dragons are one of the lizards who have Femoral Pores. Commonly referred to as preanal pores. These are used to secrete pheromones, especially during mating season. These pores are located on the underside of the hind legs, running from knee to knee, and are generally more prominent on males. Though anecdotal, if you're unsure of the hemipenal bulge it might be the best you can use.

Now, let's talk about the elephant in the room. It's called probing. Probing is the practice of forcing open the vent, and pulling the sex organs out, either with a pair of tweezers or what is essentially a pair chopsticks, in order to view them. If anyone suggests that probing your bearded dragon is an acceptable way of sexing your dragon, the proper response is to repeatedly smack them over the head with a rolled up newspaper until they leave in shame.

Probing bearded dragons, or any lizard really, carries a huge risk for causing damage. It is one thing to force open the vent and pull the organs out, and another to put everything back in and close the vent without causing any damage. If anyone were to be able to successfully probe your bearded dragon, it would be a veterinarian that has a long history of treating reptiles. While I normally place a pretty high value to breeders, I cannot condone anyone performing this method of sexing lizards who has not dedicated their lives to the medical care of reptiles.

Common issues that arise from probing bearded dragons include but are not limited to:

Note: Probing snakes poses less risk than lizards, though I still disagree with it as a method personally. But because of it, probing kits are sold. I have seen people buy these kits thinking they can use them for lizards, and people selling them to people to use on their lizards. This should never be done for any reason.

Just a note, try not to hold the tail like that, they are a lizard and so can perform autotomy and deglove or 'drop' their tale as a defence mechanism and it will not grow back as it used to be, it will be shorter and more like cartilage. Males tend to show more aggressive behaviour such as head bobbing and turning some areas of the body black. Though females have also been known to blacken their beard as well as bob their head in display of dominance.

Not the answer you're looking for? Browse other questions tagged reptiles gender-differentiation bearded-dragon or ask your own question.