Is it true that alfalfa hay is a treat and should not make up the majority of an adult rabbit's diet?

I read this question that claims that alfalfa hay is a "treat" and should not make up a large part of rabbit's diet. Is this true?

Any grass hay will work. Timothy hay is difficult to come by in large qualities where I live. However mixes of Orchard, Brome, and other grass hays are more common. Timothy is a great hay because it contains a great balance of nutrition without calcium and it is low in fat and calories. Alfalfa is high in calcium and calories in comparison. Some other grass hays to avoid for regular feeding is Clover. Clover is high in calories and is not good for a domestic rabbit.

Here is a comparison of common grass hays from the San Diego House Rabbit Society: 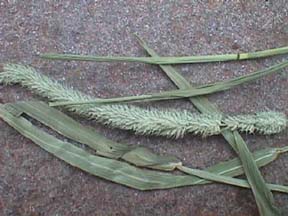 Timothy Hay is the most-recommended hay for rabbits. It looks like a dried blade of grass, fairly wide and its color is a soft green to grey/brown green. Timothy hay also has "solid cattails" which distinguishes it from Orchard grass which has "broken cattails." Much of the Timothy is imported from Northern states (Oregon or Washington). Timothy hay is included in all of our mixed boxed hay. 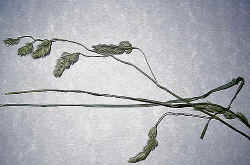 Orchard Grass is very similar in appearance to Timothy but the "cattails" have small segments missing from them every 1/32 of an inch. Also the cattails tend to be pale brown, whereas Timothy cattails are green to light yellow. Orchard Grass makes a large part of the hay boxes we pack for the community. 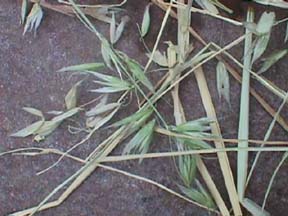 Oat Hay consists of large hollow cylindrical stalks and flat blades that are golden yellow to light green with oats on the end. The coloration and the presence of oats distinguishes this hay from others. Oat hay can vary widely in appearance and oat count, depending on the harvest season. New harvests are generally oat laden, whereas later harvest such as Dec-Feb can be very light, with minimal oats. Many people confuse Oat hay with Straw. The similarity is in the coloration. Straw is not a food source, but is typically used for bedding, mostly in the horse and farming communities. Oat hay is an excellent source of fiber. Bunnies tend to enjoy mostly the oats, but will sporadically munch on the hay stalks.If bun's diet is high in oat hay, the pellets she produces will be larger, lighter in color, and will look like sawdust if crushed. Many bunnies would benefit from eating more oat hay, an excellent preventative for GI Stasis. HRS boxed hay may contain oat hay or other fiber rich types to provide variety. 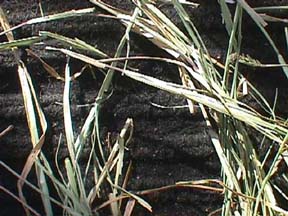 Bermuda Grass is a good all around food source with a moderate amount of calories. Bermuda grass contains the same nutritional content as Timothy or Orchard grass, so these can be fed interchangeably. The thing about Bermuda grass is that rabbits don't care for it very much. They don't find it as appealing as Orchard or Timothy hays. 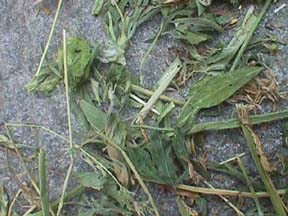 Alfalfa is distinguished by stalks, usually brittle and flat green to brown leaves. Very high in calcium, can cause "sludge" in bunny's urine. High calories. Watch for gummy droppings, weight gain, sludge, and cecal pellets not being eaten. These are usually problems of the older (2+ yr. bunny). Hay can vary from dark lime green to yellow/green/brown depending on the season. There is almost always some alfalfa in HRS boxed hay. Alfalfa is easy to come by in San Diego County. Many horse people feed alfalfa, but a strict alfalfa diet for bunnies can lead to some of the problems listed above. HRS recommends a mixture of hay varieties and "not" a diet high in alfalfa hay.

I do know breeders who feed their rabbits a mixed alfalfa and clover hay regularly and do not have issues with their rabbits but it could be because they raise high energy running breeds. The type of rabbit you have and its needs are what needs to be considered. But in general you are not going to go wrong with Timothy hay.

Rabbits are dependent on having a relatively high fiber, low food value diet ref. If the diet is too high in protein they will tend to not eat their cecotropes which also meet other health requirements. So for a normal healthy domestic rabbit, who is not breeding and living in your home for the next 8 - 12 years, you should consider alfalfa and alfalfa products as treats.

Young rabbits who are less the 8 weeks old, should get alfalfa hay and/or pellets ref to help with the development of strong bones. At 8 weeks they should be transitioned to timothy hay and pellets. Breeding mothers also require the higher calcium content of alfalfa.

Rabbits are one of the few mammals that excrete excess calcium through the urine. ref Diets high in excess calcium, like a pet rabbit getting lot of alfalfa, are more likely to suffer urine sludge, stones in the bladder and/or kidneys.

Also keep in mind that if you are feeding pellets, the pellets should be timothy hay based. There are products with alfalfa base, the same considerations that apply of alfalfa hay apply to alfalfa based pellets

Not the answer you're looking for? Browse other questions tagged diet rabbits or ask your own question.

22
Do bunnies eat their droppings?
19
Why is adding hay to a rabbit's diet important?
13
How do I motivate my rabbit to eat more hay?
11
Do I need to do anything special when I change what I feed my rabbit?
2
My rabbit just had babies and they are dying. What can I do?

19
Why is adding hay to a rabbit's diet important?
6
What are the basic requirements of a healthy adult rabbit's diet?
13
How do I motivate my rabbit to eat more hay?
4
Kangkong (morning glories) as rabbit diet
3
What are good fiber substitutes for hay in a rabbit's diet?
2
How fast do rabbits teeth grow, is it faster the cavities?
4
my rabbit absolutely will not eat hay and very little pellets
2
If a rabbit has a collar, at what weight should the collar break so the rabbit will not be strangled?
4
Is it a bad idea to give my rabbits wild wood to nibble on?
1
Is it normal for rabbits to always act like they're hungry when presented with a new batch of hay/pellets/greens?