Diurnal, crepuscular, nocturnal, matutinal, vespertine; what do these mean and how do they impact my pet's life?

A recent answer listed all of these and said the group a pet falls in could impact how they behave: diurnal, crepuscular, nocturnal, matutinal, vespertine.

What do all of these mean and how do they impact my pets life and behavior?

Diurnal by definition means of or during the day. Animals that are diurnal are active during the day. Though times of activity of an animal are in relevance to the animal, as in it is to its advantage, it can act against it when this animal is a pet. Pets are usually diurnal, which is generally great for them since mostly humans are also diurnal, so their carers will have time for them, at least partially during the day. However, in the wild, diurnal animals have the advantage of, sometimes, direct sun exposure( for example turtles which use it for vitamin D3 synthesis) , and more importantly, a very good visibility. Animals that mainly rely on vision to hunt for food are usually diurnal. Diurnal prey have the advantage of easily spotting predators from a distance. Diurnal animals predominantly have colored and vivid vision.

Crepuscular means of Twilight. Crepuscular animals are active during twilight. Twilight is the illumination of the earth's lower atmosphere when the sun itself is not directly visible. Usually Crepuscular predators are active during twilight because their prey is active during that time, and they still have a decent amount of light to hunt and forage(guinea pigs). On the other hand, crepuscular prey can use this light to easily spot and avoid predators(rabbits). In addition to the that, in the wild, predators are generally least occurring during those times. This creates a state of a self regulating oscillating equilibrium. When a prey population increases due to their crepuscular habit, predators will have more food thus increasing their population , which in turn decreases the prey, then the predators decrease, increasing the prey, and so on. Being crepuscular serves them well as pets when their owners are rather busy during the day; the owners are unavailable when the pet itself is inactive. Below is a diagram to show the times and duration of a twilight. 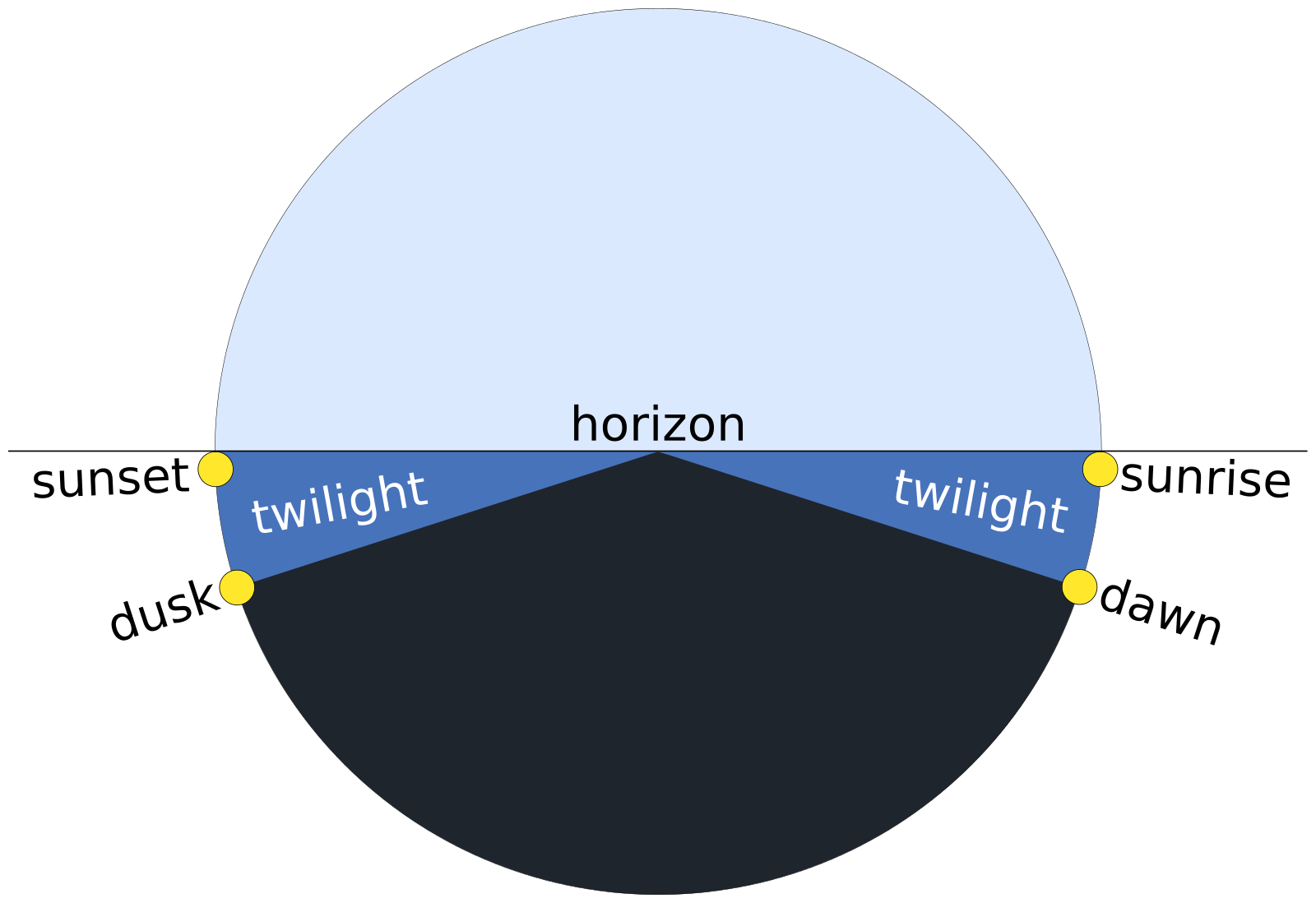 Nocturnal means done or active during the night. Nocturnal animals are usually more vulnerable to predation, so keeping active only during the night makes them somewhat "invisible"(mice). Nocturnal predators usually have a sensitive sight and/or do not rely on visible light to see(infrared vision). They can also have very well developed senses of smell and hearing.These animals are usually appropriate for pet owners who stay up late, and are ready to provide for them then. Usually you could only stay up late if you wake up late, which is quite a common trend. So a small number of these animals may prove to be surprisingly appropriate pets for some.

Matutinal means of or occurring in the morning. Matutinal organisms wake up before diurnal organisms so they have the advantage of consuming resources without competition. Matutinal animals are mostly bees, though lets just suppose a dog is Matutinal, then it'd be suitable for early wakers, who do not just wake up and rush to their job, but actually have time to care for them, at least briefly. Matutinal organisms become active during dawn, thus, they share active states with crepuscular animals at dawn.

Note: the existence of pets of these activity times were assumed, some maybe void of pets or at least a very minute amount of them are considered pets.

The bottom line is that us humans have the capability of being either of those, and based on what we are (what are lifestyles are) we choose our pets accordingly. Though this may seem like a cluster of vectors that cancel out, it's actually a very intricate and accurate cycle that keeps this planet going, but then humans come in...

These terms all fall under various sleep clocks that animals may follow. Sleep patterns for almost all species are monitored by the light given off the by the sun. If you've ever woken up early in the winter and noticed you get tired much earlier than you do when waking up the same time in the summer, you've experienced the sun's effects on daily life. Since humans are generally diurnal, the sun sets our body clock. When the sun is out, we feel less groggy then we do when it goes down.

Of course, all of these terms are general and many animals are hard to classify. Various animals illustrate multiple behaviors and there's numerous conflicts as to whether some animals are either x or y. Humans, for example, aren't always diurnal. Behavioral adaptation allows us to change our body clock when needed. The health detriments of changing your natural clock, though, are probably not so good.

Onto animals and pets. Like in the answer you reference in the question, the image below sets a general guideline of the various sleeping clocks, where the x-axis is time, defined by light in the environment. The location of the word defines during which time of day that the animal is most active.

Generally, these sleep patterns are defined for each individual animal at an early age. This explains why a feral dog may have a hard time adjusting sleeping patterns such as a crepuscular and diurnal one, rather than a dog's natural pattern which is nocturnal. However, all animals can adjust due to adaptation. It's just important to recognize which type of sleep cycle your dog is naturally on and to provide your pet with enough sleep. People have various lifestyles, and as such, some have nocturnal dogs, some have diurnal dogs, and some have crepuscular dogs. It's also worthy to note that "nocturnal dogs" aren't different than "diurnal dogs" in any way except for their sleeping pattern (i.e., one breed isn't considered more nocturnal than another).

In terms of animal behavior, these sleep cycles affect each animal as you'd expect they would. Animals like dogs and cats are more adaptable than others, but most likely still require the same amount of sleep as other dogs and cats not on the same cycle as theirs. At this point it's worthwhile to point out the difference in behaviorism and ethology. Ethology is considered to be an animal's behavior in an observed setting, where behaviorism is changed. So (and I'm not 100% I'm using these terms correctly), dogs are ethologically nocturnal but they've adjusted to be generally crepuscular and diurnal animals. In nature, most animals adjust to what suits them best (i.e., there's an evolutionary reason owls and wolves are nocturnal compared to skunks which are crepuscular. It mainly has to do with diet, predators, prey, etc...)

Not the answer you're looking for? Browse other questions tagged behavior sleep biology or ask your own question.

4
Can cats sleep at night?
13
Do cats have a preference of being in the light or being in the dark?
5
Why does my puppy sleep so much?
2
Bunny alone, good idea?
2
What kind of toys are appropriate for a rabbit?

10
Is it a problem to pet my kitten while she is eating?
6
How do I stop my Indoor dog from riffling through and knocking over the trashcan?
5
Motion-induced dizziness in cats
2
Will there be a behavioral change after chemical castration of a male dog?
0
What determines a cat's hunting preferences?
7
Can cats release faeces from getting scared?
3
Do rabbits feel pain?
9
Cat won't let me sleep at night
3
Dog strange behavior before pooping
0
My cat needs me to follow him around when I pet him