Chameleon has swelling on hind legs, what could be the cause of this? Metabolic bone disease or something else?

I recently purchased a juvenile male veiled chameleon. He has small swellings on the back of his hind legs which I fear could be symptoms of metabolic bone disease. 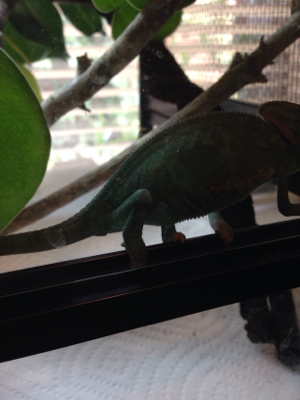 Any help? I've seen a lot of chameleons which look just like this but otherwise exhibit zero symptoms of MBD. Also, if it is MBD, if I begin treating it now, is there any possibility that he could "outgrow" the symptoms when he gets older, or should I take him back to where I purchased him? 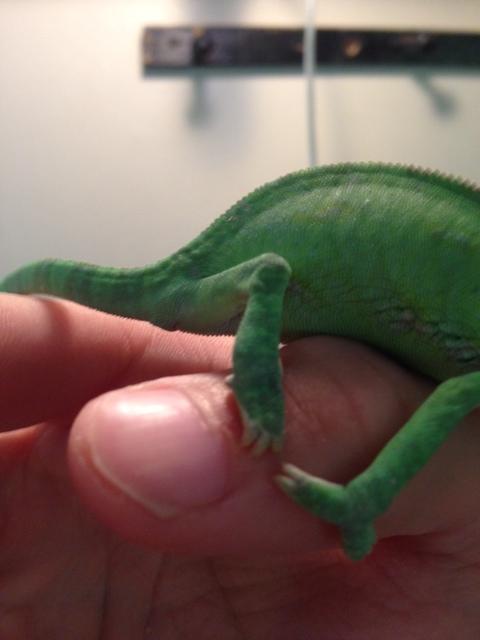 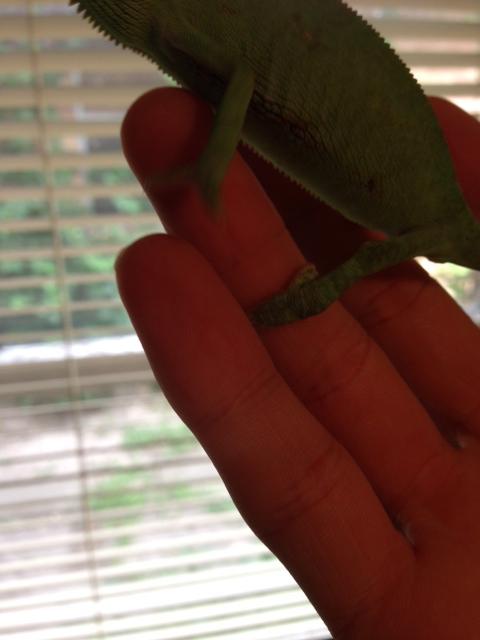 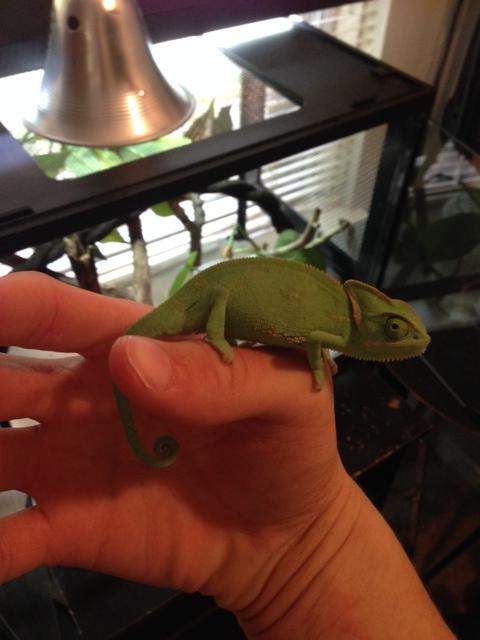 I don't think what you have is Metabolic Bone Disease (MBD), but another serious illness called Chameleon Gout.

It's pretty easy to keep any reptile safe from MBD, as long as you provide UV light and occasional calcium supplements. MBD comes from months of without the proper lighting or supplements. Note: Be sure to change your UV lighting about every 6 months, as they will continue to give off light even though they aren't producing UV light.

Here is an X-Ray of two chameleons with MBD and one healthy chameleon. The first chameleon is still somewhat young, and his bones are still growing. But you notice you can't really see the bones as you can with the other two. That's because of the extremely low density of the bones.

The chameleon in the middle is older, and while it's recovered from the low density part of the 'disease' you can still see the bones are bent horribly out of shape. Compare it to the healthy chameleon on the far right, you can see what the skeletal structure is supposed to look like.

If you follow the source of the picture to the forum, you can see more images of what MBD looks like on the outside. Generally you see more of a curve in the limb than swelling (although you will see some). 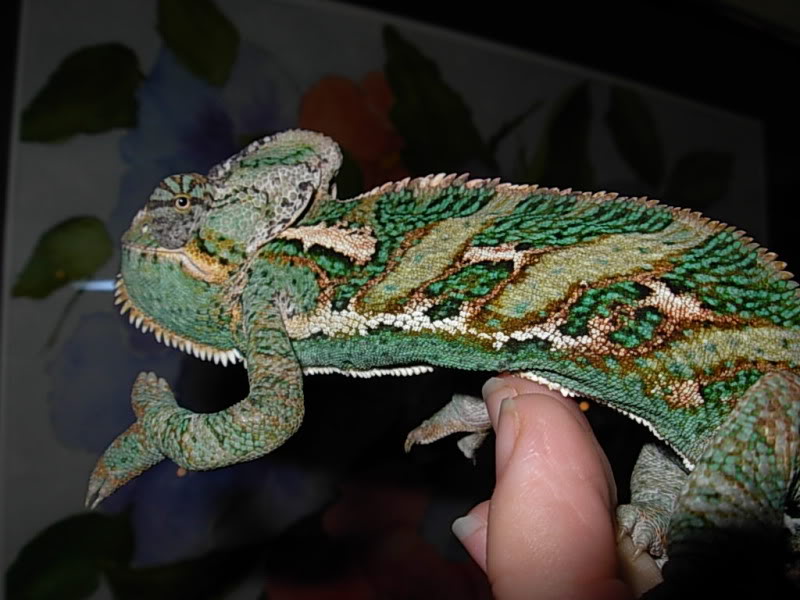 What I believe your chameleon has is Chameleon Gout.

Chameleon Gout is when there's a high level of uric acid in the chameleon's blood. Most often it's caused by a problem with the kidneys, where the crystal urates that are normally passed with the feces finds it's way into the chameleon's organs and around the joints.

The symptoms are pretty much the same as if they had arthritis, because of this, it's commonly misdiagnosed until the differing symptoms become clear.

You'll notice they have difficulty climbing, and won't like you touching their joints. Their behaviour will change due to the pain, commonly more aggressive to avoid handling.

The symptoms that set it apart from arthritis is a refusal to eat, excessive drinking along with dehydration which can be indicated by a low veil and/or shallow eyes, and swollen areas, usually the joints.

Here is an X-Ray of a chameleon with gout, the owner caught it pretty early on, so it's not so well defined in the X-Rays, but it give's you an idea of what you're looking at. 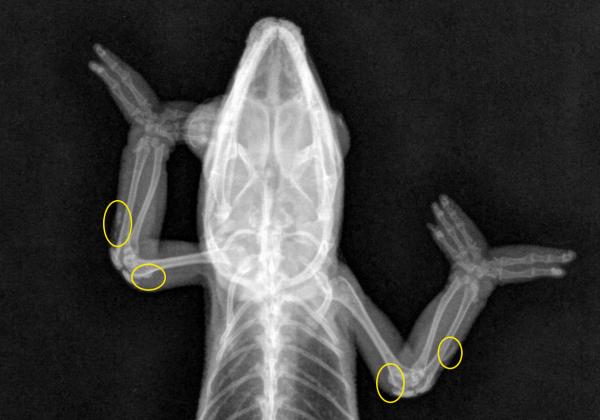 You will need to see a vet to get medicine that will dissolve the built up crystals and address the issues with the kidney's. Chameleon Gout is a complicated illness to treat and you can not do it on your own. However, there are some things you can do to help.

Start with encouraging them to drink in order to combat the dehydration and flush out their system and keep the problem from spreading.

Depending on their diet, you might want to lower their protein intake. Everything I've heard about Chameleon Gout mentioned that high protein diets increased the risk. I believe protein increases uric acid production.

If you're managing your own feeder insects, what I would do is feed them protein, and then switch them to vegetables a day before using them. That way there is still enough nutrients from the protein, but it is more balanced with the vegetables. If you're feeding your chameleon vertebrates like pinky mice or anoles, I would stop with those even just for the sake of their bones being difficult for chameleons to digest.

In the end, taking them to a vet to get X-Rays done can decide for certain what it is, and the proper medicines to use to treat it.

Not the answer you're looking for? Browse other questions tagged health reptiles chameleons or ask your own question.

8
My rabbit is hyperventilating and can't get comfortable. What is wrong with her?
7
Why can't my rabbit lift it's head?
6
20 yr old cat litterbox issue
2
What is the cause of splayed/spread front legs in an older rabbit?
4
Testing for external factors contributing to a cat's loss, keeping other cat safe
3
What could be the cause of my dogs hair pattern?
2
Goldfish swim bladder disease? Please help