Why is adding hay to a rabbit's diet important?

Why is adding hay to a rabbit's diet important? I am particularly curious about potential health concerns throughout the life of the bunny that may be affected by feeding or withholding hay.

Rabbits need to be feed hay and grass daily. It needs to be the basis of a healthy diet.

It is important for:

The following picture gives a great visual idea of how much hay is needed in a rabbit's diet. 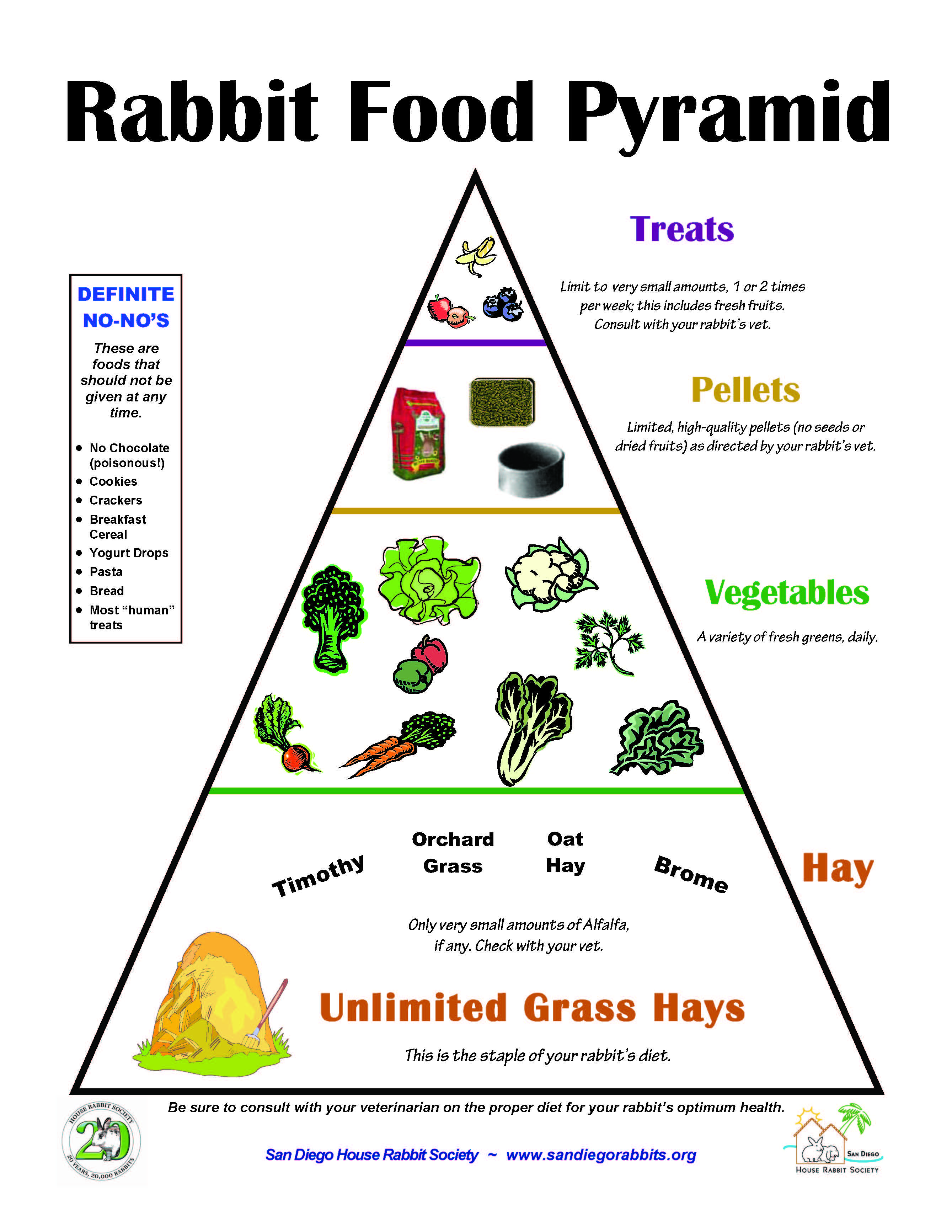 Hay is important for a lot of reasons. Some of which are

User34 has a very good answer! Here is one other thing I would like to add: Hay is vital because rabbit's can't vomit. This is where I read up on it: http://smallpetselect.com/blog/timothy-hay-rabbits-cant-vomit

Not the answer you're looking for? Browse other questions tagged feeding diet rabbits or ask your own question.

21
Do bunnies eat their droppings?
14
What are healthy treats for a house rabbit?
14
What is wool block in rabbits?
15
How can I help my adult rabbit gain weight?
9
How can I stop my hamster biting the bars of her cage?
16
How do I care for a quadriplegic rabbit?
13
How do I motivate my rabbit to eat more hay?
7
What are the basic requirements of a healthy adult rabbit's diet?
9
Should I worry that my rabbit is leaving connected poops?
5
Is it true that alfalfa hay is a treat and should not make up the majority of an adult rabbit's diet?
See more linked questions

7
What are the basic requirements of a healthy adult rabbit's diet?
4
Kangkong (morning glories) as rabbit diet
7
Why can't my rabbit lift it's head?
3
What are good fiber substitutes for hay in a rabbit's diet?
5
Is it true that alfalfa hay is a treat and should not make up the majority of an adult rabbit's diet?
2
How fast do rabbits teeth grow, is it faster the cavities?
6
My rabbit is losing fur and weight, what's wrong with him?
14
Low Quality Dog Food - What are the risks?