How To Introduce Additional Clownfish

I've had two clownfish for 6 - 8 months, one orange/white and one black/white. Now I'm trying to add more, but meeting heavy resistance. I realize that you can't mix species but I always thought mine were Ocellaris (the least aggressive).

I bought two ocellaris and put them in and the original two were super aggressive towards them. So I thought maybe I was mistaken about what I had (Can a black/white clownfish even be a Percula?) Here are some pics if you could correct me: 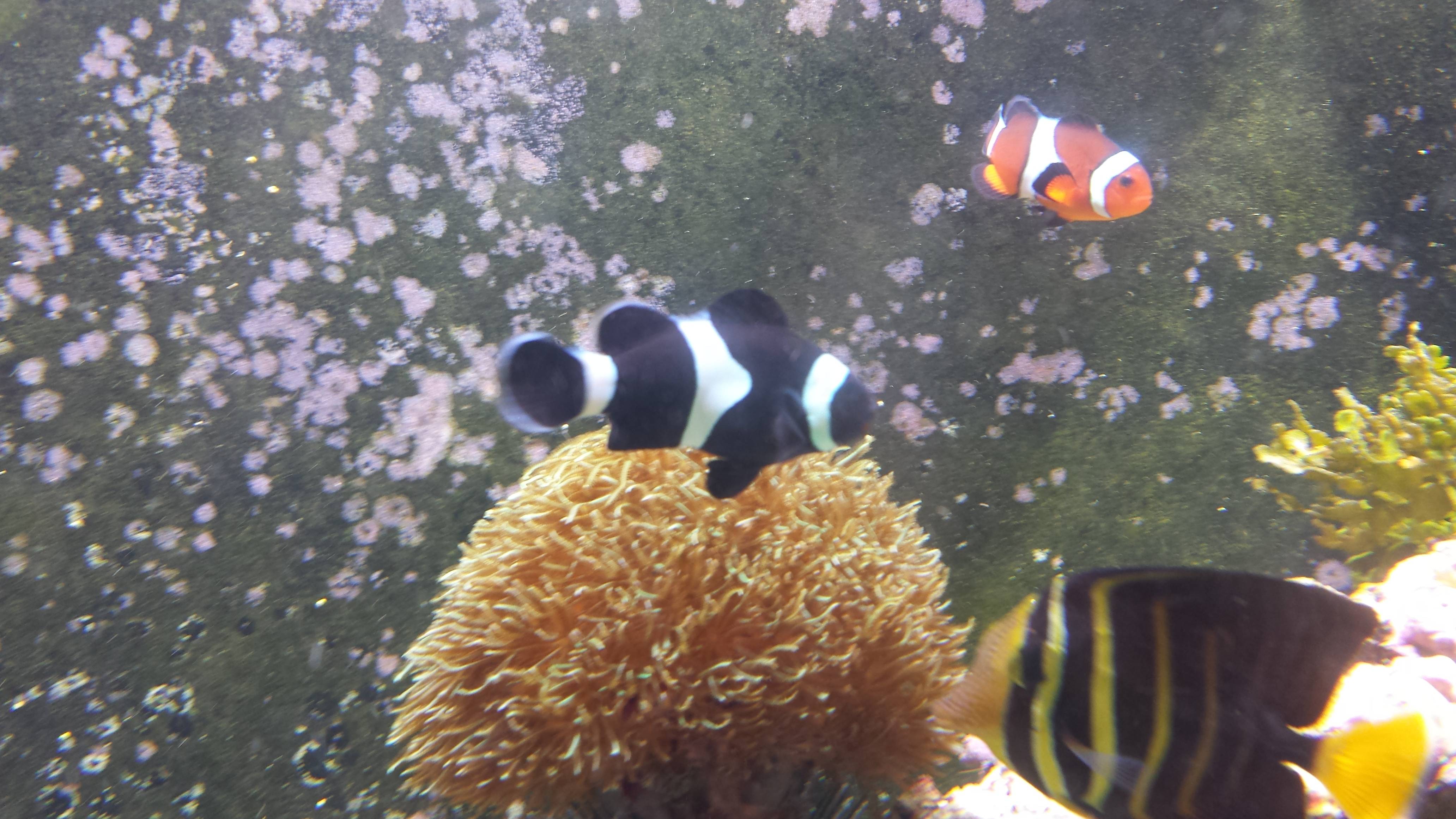 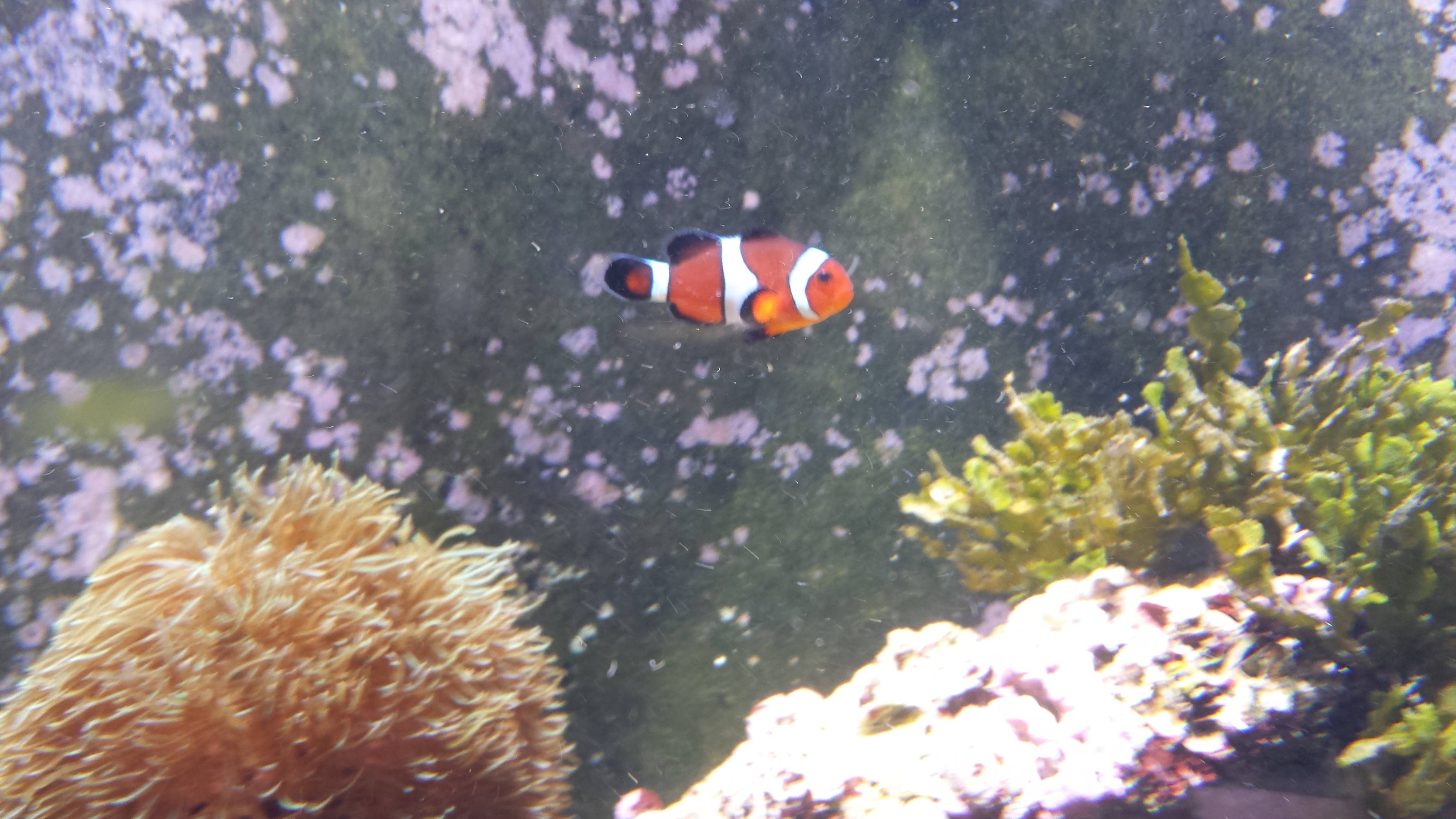 Anyway, so I removed the two Ocellaris and tried a (smaller) Percula. In both cases I added them overnight and over the past two days I've had it hang out in a breeder box right where in the spot they "host"; trying to force them to get acquainted. The perculas fared better but they still haven't let up. Do I need to get a pair of smaller clowns? A pair of larger clowns that aren't as vulnerable or even a few more clownfish all at once? Maybe be patient for a week or two with the breeder net? Or do I have to give up and get rid of these clowns and start over?? I'm running out of ideas.

The black one is an Ocellaris and is typically referred to as a Darwin as they're originally from a specific area in Australia.

Most likely you will not be able to keep more than a pair in the tank unless it's a huge tank. Clownfish are typically very aggressive towards conspecifics, they are a type of damsel, to the point where they will pester them to death, unless they are all juveniles or you just have a pair.

Not sure how large your tank is, but even if you start with juveniles, they will get aggressive once they mature. You could conceivable get away with 2 pairs or a pair and a 3rd clownfish if the tank is large, and the pair establishes their territory on one end of the tank and not in the middle of it. A pair will likely claim 3 - 4 ft of territory in all directions, so you're typically looking at 120 gallon (6 ft tanks) or larger.

I have gained a bit of experience since then as well as had an unfortunate Act of Poseidon that has granted me a mulligan on clownfish. I'll share my insight.

Many factors come in to play when determining the aggression of a fish:

Where did they come from?
Wild caught fish are much more predisposed to being aggressive. They were born into a life of competition, and see similar fish as having the same diet and consequently taking food right out of their mouths.

How long has the fish been here and how old/big is it?
The longer a fish is in a habitat, the more dominate it will feel over it. Among other species, this is often a problem (keyword, often). Same thing for with a fish becoming older/larger. When mixing fish that have potential to be aggressive toward one another, it's best to mix them when they're young and small. Some species will get along great until they mature and develop problems later on. Clowns are however one that is known stay friends as long as they had a good start. That's not to say you can't maintain ordered chaos. Large tanks (generally considered 100gal or larger) with a plethora of rockwork, can sometimes support "multiple territories". This is difficult to maintain and especially complicates feeding. In the case of clownfish though, the presence anemone(s) can increase the chance of success. You can also mix these factors to increase your chance of success. This is a gamble and takes experience to get right, but it's in the realm of possibility. A perfect example is when mixing tangs, you always want to introduce the least aggressive fish first, let them get established, and move down the list; keeping within bounds.

How big is their school?
Clownfish are recommended to be kept singly or in pairs; it's just that simple. Other, more aggressive fish, such as tangs, are often best left solo. However, especially in the case of the yellow tang, they are known to thrive in a group if introduced as a ground at a young age. This has actually been shown to reduce overall aggressiveness down the line.

The Introduction
You can minimize harassment by introducing the fish at night. Another method that has been really helpful for me with potentially aggressive species is to house the new few fish in a breeder net for a few days. This keeps the fish in close proximity without the possibility of them hurting one another.

2
Will an older clown fish in a small talk be ok with introducing a new one?

5
Betta fish fighting
2
Betta with other fish... a fight? or other cause?
6
How to efficiently catch my own fish?
3
Goldfishes died first night
3
Why is my betta hiding?
3
What happened to my clownfish?
4
Pleco has a burn! Help, please!
1
How to protect shrimp babies?