In my backyard I have started to discover more and more, what appears to be "Wolf Spiders" - I know there are many many species of these, so for reference, my location is Western Australia.

I have also being seeing the tell-tale sign of small little burrows in the ground for awhile now, which, seems to be what they do.

Here is a pic of one I managed to capture (in a glass pasta sauce jar for size reference), the spiders are about 25mm - 50mm big I'd say. 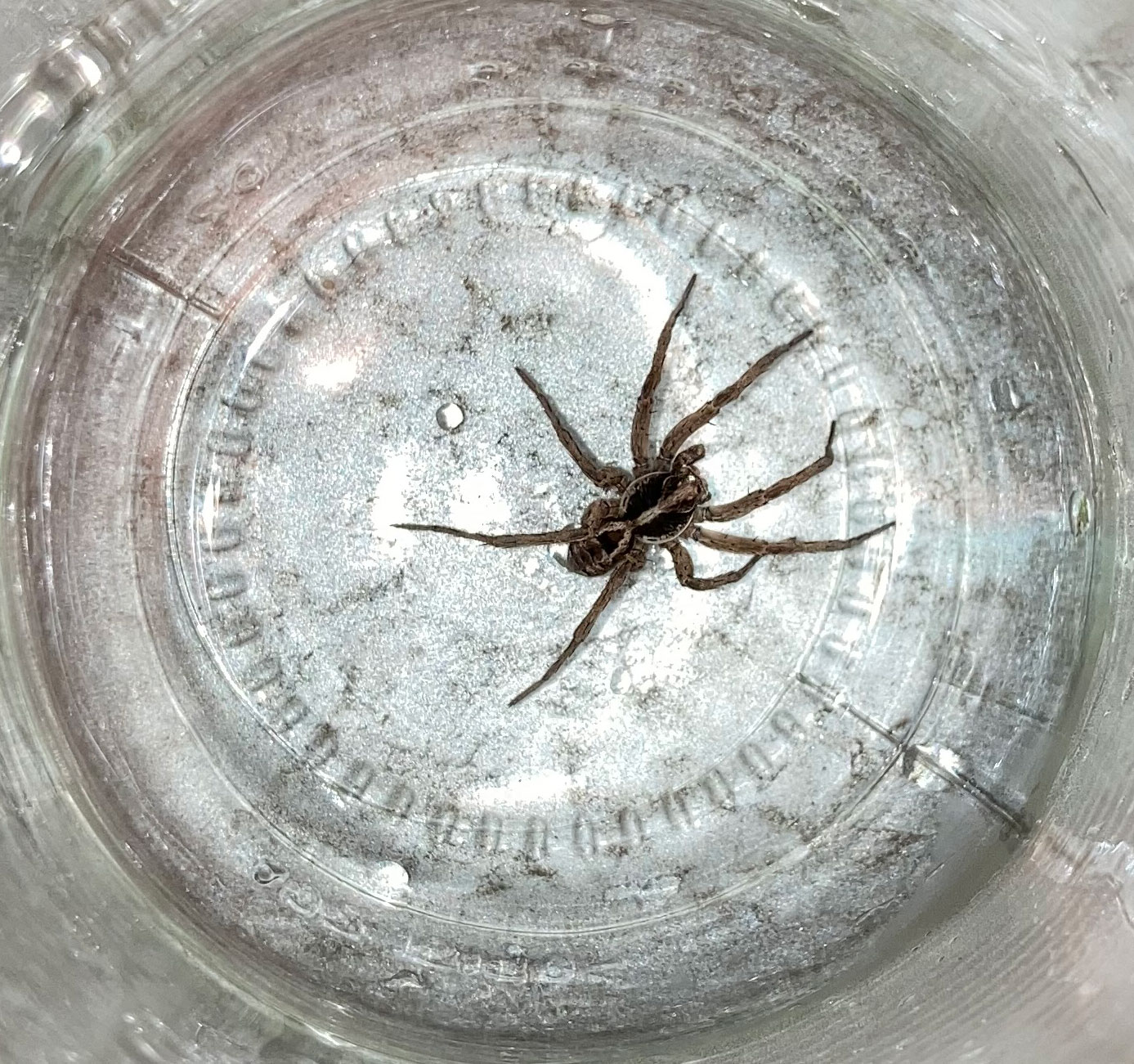 I have two small dogs (5-6kgs in weight), and because there seemed to be so many of them out there lately (just tonight I seen 5 in the grass in one particular area where the dogs were near, and the one I caught I found on the pavement, so 6 in total), I decided to check if they were harmful.

From my research it seems they aren't very harmful to humans, but I am getting conflicting information on how dangerous they are to dogs - I have struggled to find a vet or other equal credible source's input on the matter, but from what I have found, the more seemingly credible sources claims they can be fatal to dogs (particularly smaller ones) within 1 hour after being bitten.

The below sources seem to imply they aren't as dangerous as the above sources claim, but perhaps some species of Wolf Spiders vary in how dangerous they are, given there are many, and different locations may have different species, even though the poster was asking about Australian Wolf Spiders?

Reddit - A few questions regarding Australian Wolf spiders and pets

Another Reddit source seems to indicate that they aren't overly harmful, but multiple people have described them as "The wolf spider is big, hairy and scary looking", or "Wolf spiders, though rather large and fearsome" - as you can see in the picture, that doesn't seem to resemble these - unless of course, they're going to grow much larger?

So my question is, is there a more definitive source, particularly an Australian based one, that is reliable on how dangerous these spiders are to dogs, specifically small ones?

I think my dog was just bitten by a wolf spider. I also saw the article stating the bite can be fatal within an hour, I called the vet and they have advised the main issue would be pain so pain relief may be required. Luckily he seems fine for the moment but will keep an eye on him. I am also in WA and it was the same as the one you have pictured. Hopefully this will help put your mind at ease a bit.

However if your doggos are bitten and seem to have any reaction please ensure you contact a vet :)

Not the answer you're looking for? Browse other questions tagged dogs health safety insects arachnids or ask your own question.

12
Are non-dangerous spiders (to humans) dangerous to dogs?
6
Dog vomiting yellow/white foam since being fed vegan food
3
Protection of neighbours from dangerous dogs
2
What qualities are essential for a Search And Rescue dog?
7
In what ways are dogs affected by alcohol?
9
What are the potential risks (to the dog) from having a child ride it like a pony?
6
Scholarly article on health effects of spaying a dog
1
Kelpie lookalike?