How can I motivate a cat to go outside their hideout?

I've checked in at some hotel late at night, some street or neighbor cat entered my room as I was ventilating the room, and decided to stay under the bedframe near the wall. I would like the cat to leave as I need to sleep and don't want the cat to be in the room during my sleep.

The cat is between the bedframe and the wall, at the end of the "tunnel": 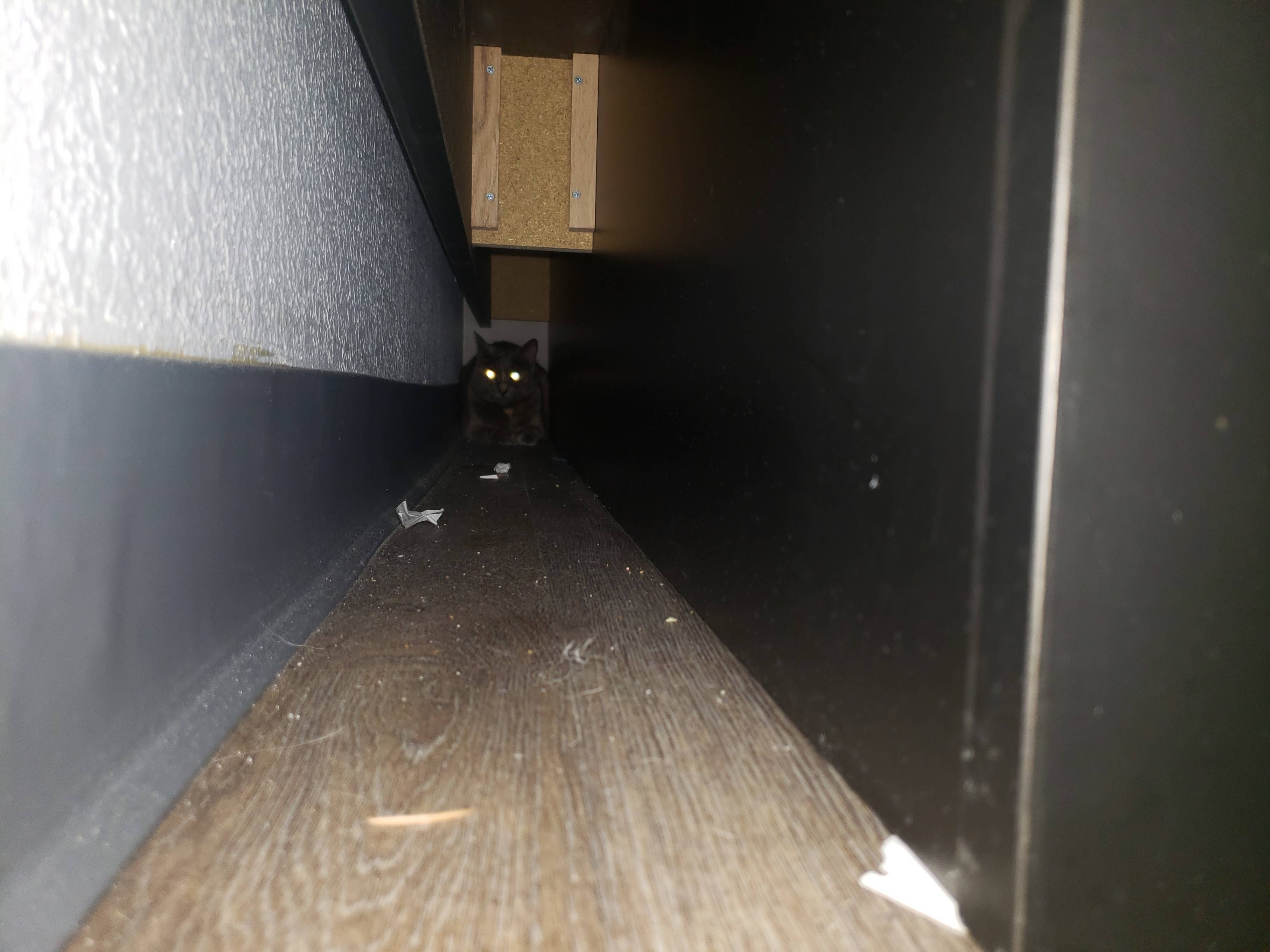 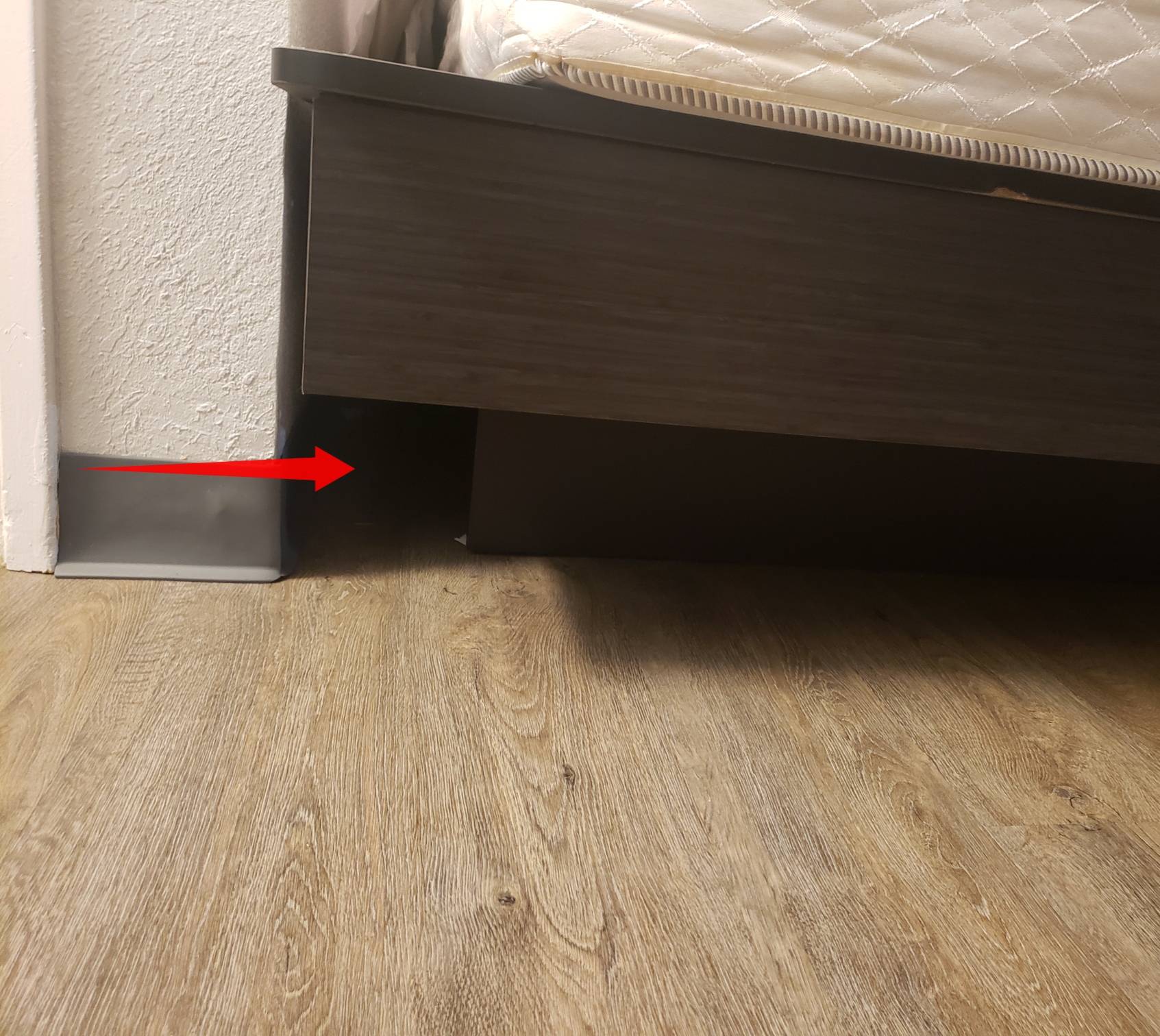 The only way out is to via where I took the picture. I can't move the bedframe as it is attached to the wall. I don't have pet food or toy with me. I'd prefer not to have to bang on the wall to avoid pissing off the neighbors (it's 5am). How can I motivate the cat to go out?

Browse other questions tagged cats or ask your own question.

14
How do I motivate a cat to drink more water?
4
Our neutered male cat bullies other cats in the street
8
Cat is suddenly peeing everywhere
4
Help! Adopted stray cat peeing on my bed all of a sudden
4
Testing for external factors contributing to a cat's loss, keeping other cat safe
9
Neighbor's cat coming back for kitten
3
My second cat doesn't know how to play with my other cat and thinks that she's being attacked
3
Senior female cat will not accept male 14 week old kitten?
0
How to get rid of a nuisance domesticated cat
2
Moving with a cat for a short distance