Is it safer to put my dog in the front with the seatbelt and airbag detectors vs the hatchback?

I know front-passenger seats know when there's something on them, and even have indicator lights for this. I also know the forces at which they must deploy, and the design of the seatbelt harnesses being very bipedal specific.

It's just that my dog doesn't fly around in front seat when ever we're dealing with acceleration changes (stopping, going, turns, etc.). When he is in the back, for any such acceleration change he has no control and is basically thrown all over the place.

He's a big hardy dog, but I'm started to regret this idea as way of gettin him out of the big city for some state park trips. No injuries, that I can see, but he really does slam around while in the hatchback.

The grocery hooks are way too small to leash him, and even though he wears a harness and not a collar, there's a lot of space to fly before being able to catch him in flight.

Should I just seatbelt him? 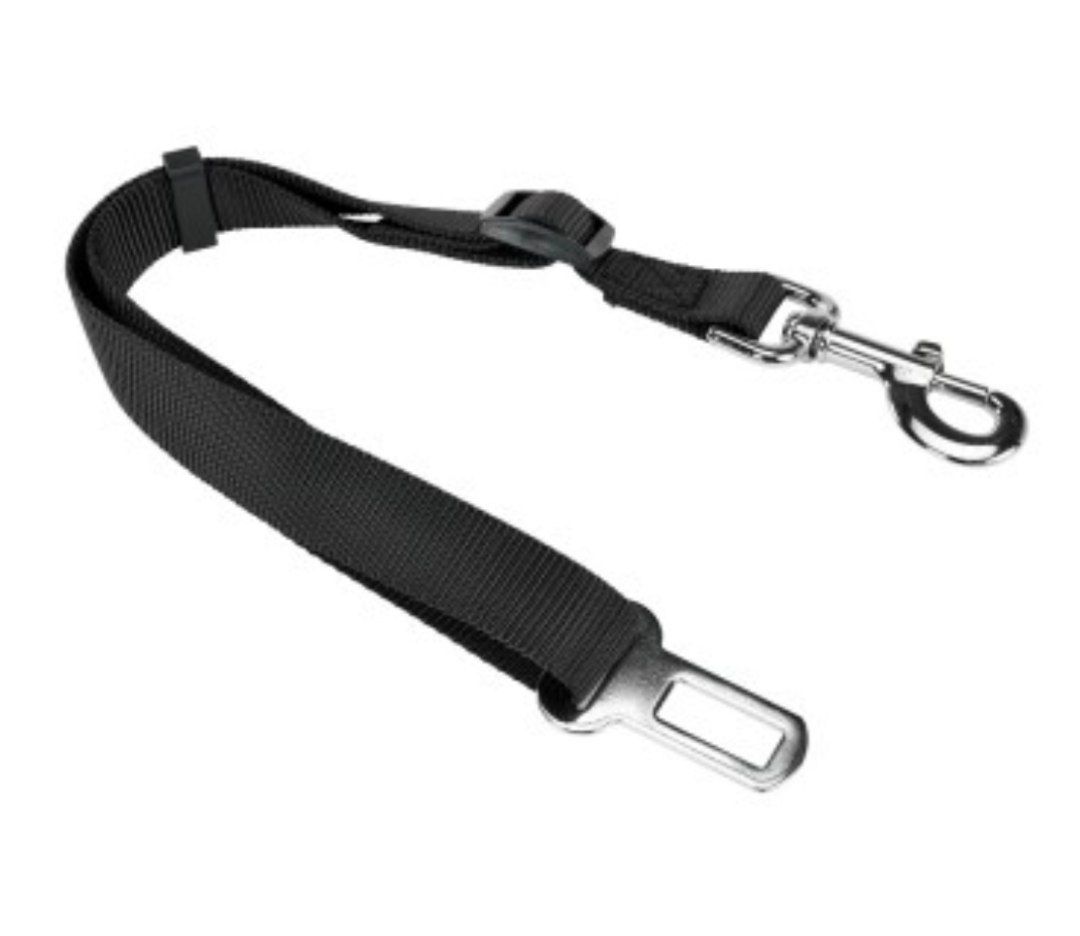 You need this kind of leash to plug into the lock of the seatbelt. Then your dog will not "fly through the car" at the backseat. Of course in combination with a harness and not a collar.

To seatbelt a dog in the way a human would do is dangerous because the belts position is fitting the human body structure and would give the pressure of breaking to the wrong points of a dogs body. This would cause serious injuries.

Not the answer you're looking for? Browse other questions tagged travel crate cage leashes or ask your own question.

16
What's a suitable way to drive with a big dog in the car?
18
What strategy to undertake for a long car trip with my dog?
7
What are the benefits and risks of a wire bottom cage for my pet rabbit?
6
International travel with cockatiels (moving from the US)
3
Are there airlines offering possibility of flight on board with bigger dog like labrador? (Europe-USA flights)
4
How to treat car anxiety in dog?
3
Is feeding a puppy in the crate for the purpose of getting them comfortable with crate or another reason?
3
Can I travel for 2 years with my cat and two dogs?