What common house/garden plants are dangerous to dogs and why?

What common house/garden plants, if any, are dangerous to dogs and why are they? Are some potentially fatal?

There are many plants that can be harmful to your dog, as well as other pets, if ingested; with negative side effects that can even cause death.

More than 700 plants contain toxic substances that may harm dogs or cats if ingested. Signs of poisoning can be mild to severe and in some cases, pets can even die. Most houseplants have multiple names, so it's important to confirm that the plants you own or plan to purchase are not toxic to your pet.

Common house plants that are known to be poisonous include: 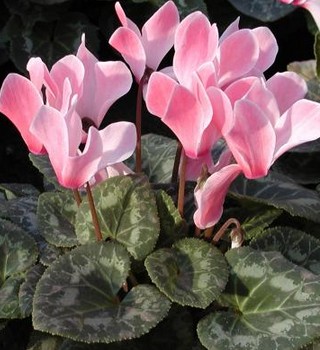 Many of the side effects of these plants are irritation and vomiting, but can get more serious the more the dog ingests.

There is also a large list on the ASPCA website that includes all plants listed, including wild species, that are known to be poisonous to dogs, cats and horses.

Alternatively, there are many plants that are non-toxic to animals that look just as nice as any plant. The main thing is to make sure to research a plant by species before bringing it into the house, so that your dog does not get sick.

Not the answer you're looking for? Browse other questions tagged dogs safety plants or ask your own question.

20
Are chicken bones dangerous for dogs?
4
What live plants are safe to plant in a vivarium with an Emerald Swift?
8
Why are dogs afraid of fireworks and thunder?
4
How do I prepare store-bought plants for use in a terrarium?
7
In what ways are dogs affected by alcohol?
2
What are common reasons that dogs beg?
3
Why do dogs chase and fight with cats?
2
Plant for cat to eat that she won't vomit?
3
Why do my aquarium plants appear like they are mummified?