Is there anything that suggests that the concept of a "summer cat" is or has ever actually been a thing in Sweden or anywhere else?

There is this vile, alleged concept called a "summer cat" ("sommarkatt" in Swedish). If true, it means that a family with kids buy/get a cat, bring it to the summer cabin, spend the summer with the cat and treat it well, but then they return home without the cat, just leaving it there to starve/die.

To me, this is beyond unthinkable. I refuse to believe that this is actually a "thing" that happens, except possibly in some extreme situation by accident, such as them (somehow) forgetting it, or it ran away and they couldn't find it, or some accident happened that forced them to quickly leave the summer cabin, etc.

I couldn't find this word/phrase in English, so apparently, it's a "Swedish" concept. But the thing is, Swedes love cats as much as Egyptians did back in the day. Why would they not bring the cat home with them? How could anyone think that a tame pet cat can fend for itself without cat food all of a sudden?

Something about this sounds completely made up and bizarre. It cannot possibly be true. Even if you do get "bored" of the cat (which in itself sounds very strange to me), you don't just leave it. At least you give it away to somebody else or arrange for its survival somehow. What kind of kids would just go:

Bye, bye, Kitty! It was a fun few weeks/months, but now we'll never see you again!

And I can only imagine what kind of ride back home it would be if the parents tried to force that. The kids would never stop crying and screaming for the cat to go back with them.

It's not only Swedish, it's a well known Finnish concept too: 'kesäkissa', or literally "summer cat". E.g. the English Wiktionary and the Dictionary of Contemporary Finnish know the concept. Neither seems to spell out the implication of abandoning the cat, but I can tell you it's there.

How much that actually happens is another question. An article (in Finnish), from Yle (the Finnish public broadcasting and news company) from 2018 says the concept has been known since at least the 1970's, but the people interviewed in the article doubt it actually happens much on purpose. That's including a comment from a person from SEY, the animal welfare organization. A number from 2007 quoted in the article states that there would be 20 000 wild/feral cats in Finland in total (and way more pet cats that move freely outdoors).

However, on their own site (also practically only in Finnish), SEY states that the 20 000 would be a yearly number of "abandoned" cats, but also that it's not about cats being abandoned after the summer in particular, but about cats getting abandoned or found in the wild around the whole year. They also confuse the matter by stating that number at one point for cats abandoned, and at another point for cats abandoned or born and died in the wild in total. That latter would include feral cats breeding in the wild and non-neutered pet cats running away to produce litters that then end up in the wild.

By their statement, the corresponding number for Sweden (whatever the meaning) is 120 000, relatively much higher, since Sweden is about a third larger in area and has about double the human population of Finland.

From all that, I suppose we can pick up that cats do get abandoned or run away pretty much around the year, sadly, but it doesn't seem simple to get any hard numbers.

(Regardless, if you expect it would be "completely made up" that people could and would abandon or abuse their pets, I think you have a very, very, optimistic view of people in general.)

As someone who isn't Swedish but knows a little about stray animals...

You assume "adopt" means "buy from an animal rehoming centre". What actually happens is that the animal is already there. Seeing new people, it makes friends with them and gets well fed - but it has no intention of leaving where it lives.

Cats are notorious for roaming an area and trying their luck with anyone who they think will give them extra food. There are many stories of cats "adopted" by multiple families in a street, all of whom name it and think it's "their" cat, and (crucially) all feed it. Your summer cat may actually belong to the family next door.

Elsewhere in Europe, many countries have large populations of stray cats and dogs. This is particularly prominent in warmer countries, of course, where winters are not usually cold enough to be a threat to them

This is a Swedish word, but not a Swedish concept. (Fair warning, lots of my research only yielded Swedish results.)

The word does refer to a cat adopted by a family or people that go on vacation in the summer in the countryside and leave the cat there when they go home to the city.

The word is also an idiom for:

Sweden has the same problem as many other countries do, that people will adopt animals when they are cute and new but abandon them when they are not fun, convenient or cute anymore. The word itself does not seem to be used very widely, and I could also not find a lot of sources on the origin of it.

Another somewhat recent mention I could find is in this article about abandoned cats (it is in Swedish).

There is also another Swedish article (the newspaper does not look too trustworthy, but they did interview a veterinarian about the sommarkatt phenomenon.) They explain that the sommarkatt is a thing, but the general problem is that this is happening all year round. People abandon animals for all kinds of reasons and all these animals end up in shelters (best case).

So my conclusion on this is that Swedes do leave cats in the countryside after the summer (a lot of them think that they can live by themselves), but the word is now used in Sweden for basically all abandoned cats.

In addition, I did ask my Swedish friend about the word, and he knows it only as the idiom.

Pretty much a popular approach in Bulgaria as well.

(I am not aware of any special word for this in my native Bulgarian.)

Of course, there are ton of nuances that make it different (at least from a moral standpoint).

First, the common approach of getting a cat/dog in the summer house is to let in one of the 3-4 month old animals walking around, or at least, tolerate its presence and irregularly feed it for a while without any intent of adopting it, and usually sharing it with neighbors.

The main source of food for these animals are not people intentionally feeding them, but less than ideally managed waste (both directly and by attracting birds and rodents). The rodents, in particular, are why these cats and dogs are welcomed in the first place. Cats and dogs migrate into these villages for the summer as well.

At the end of the summer, the "cat and dog capacity" of the summer village sharply declines and the feral cats and dogs have to either migrate towards inhabited areas nearby (a lot of them do) or starve. The few permanent residents of such villages are quite used to the great number of young cats and dogs congregating around their houses at the end of August.

So, while both substandard waste management and feeding feral animals are morally objectional, this is still quite different than "getting a cat and leaving it to starve to death in the end of the summer."

Children, as well as some adults, on the other hand, can form a profound relationship with the animal in question and see it as their pet. This is where a moral problem arises and I personally know both of cases when the "pet" is left alone, as well as when pet is adopted and taken to people's permanent residence.

I've not heard of it as a "vacation" thing but short-term "disposable" pets have existed for a long time, but there's not a specific name/word/phrase. 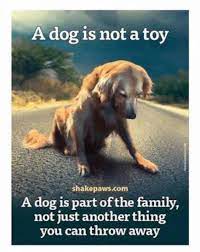 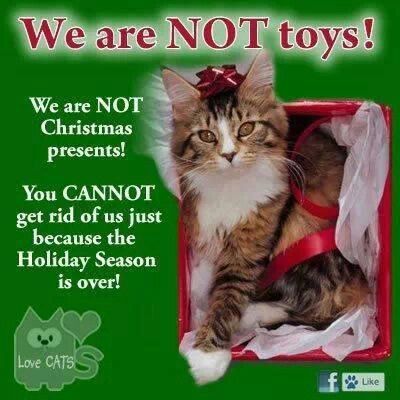 Locally the SPCA won't give out kittens/puppies around Christmastime because of the risk of them being a short-term star. Likewise, rabbits are not available anytime near Easter.

For-profit pet shops may choose to be more selective, but ultimately they sell pets and profit is important to them.

6
How common is hyperthyroidism in older cats, and is there anything that can be done to reduce the odds?
1
Is psychology of the cat that has been raised by humans natural?
3
Moving my cat and going on vacation around the same time?
7
Is there a "shock collar" that doesn't actually shock the pet, but instead just makes loud noises?
4
My cat has been diagnosed with 4th stage of chronic renal failure. Is the saline infusion worth it?
1
My cat suddenly started to attack us!
10
How to avoid accidental cat-napping?
4
Introducing a deaf, almost completely blind elderly cat to our younger cats
0
How to get rid of a nuisance domesticated cat
2
Moving with a cat for a short distance