I've noticed an unusually lethargic hen this morning, she's even allowed me to pick her up which is incredibly rare for her. Looking around I've noticed some pretty awful looking yellow poop which I think is hers:

Click the box to reveal. Warning for gross image. 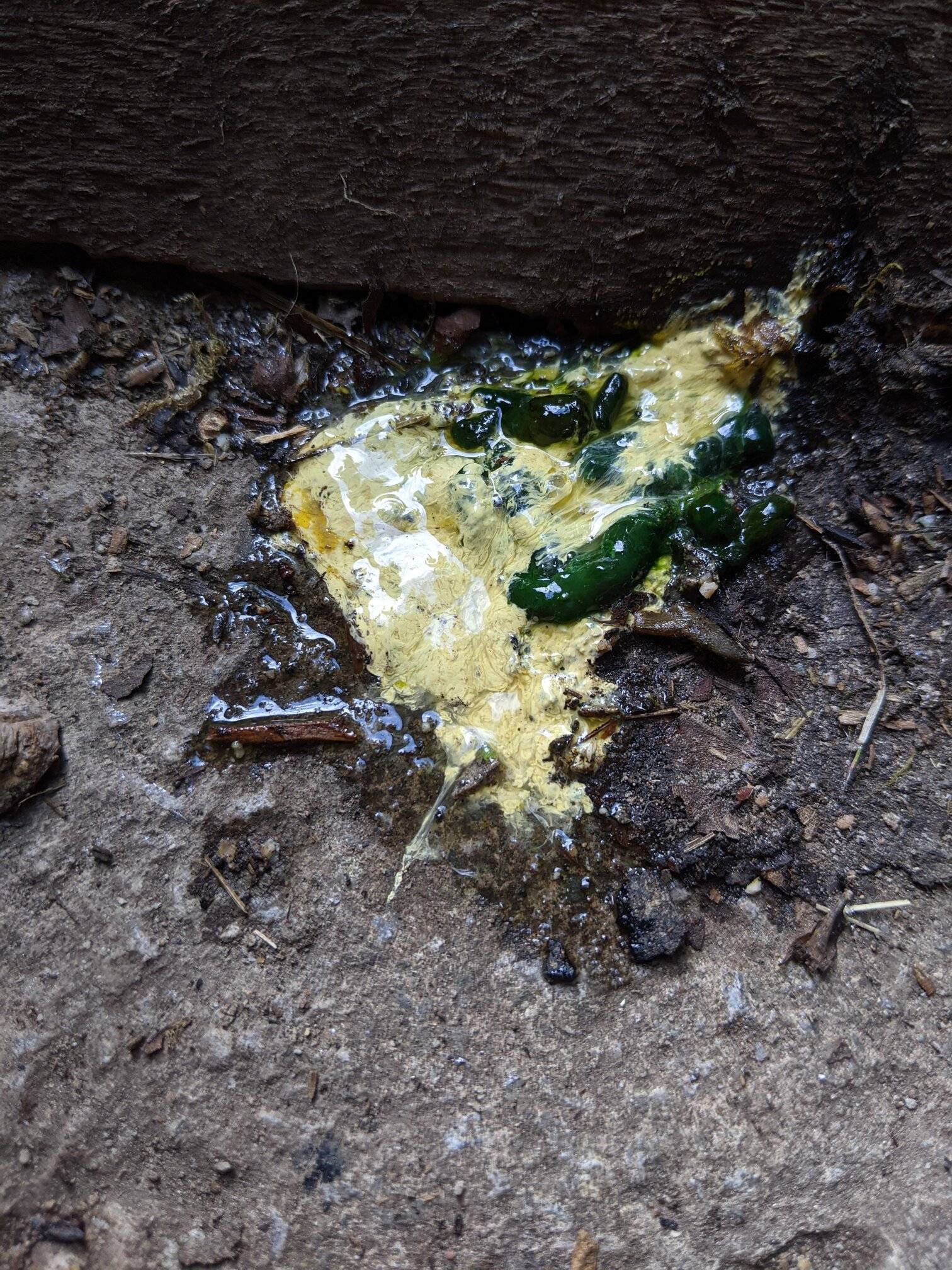 I've brought her inside with fresh water with VermX in it and some fresh food. Any suggestions as to the cause or treatment suggestions?

A week later and she's still very poorly, hardly eaten or drunk a thing since. I'm feeding her some water/VermX daily and she seems to be showing some signs of improvement but she's still a long way off.

UPDATE 19th June It was pretty apparent today that she was not going to be making a recovery and to avoid any further suffering she has been put down. I don't think I ever discovered the cause of her illness but would still welcome any suggestions that you might have.

Browse other questions tagged health defecation chickens or ask your own question.

9
What should the hen to rooster ratio be in a backyard chicken coop?
8
My rabbit is hyperventilating and can't get comfortable. What is wrong with her?
7
Why can't my rabbit lift it's head?
2
Reverse a debeaked hen?
4
Hand Stand Poop
4
Odd poop, clear jelly like, with fresh blood and eating grass
8
Cat has acute episodes of extreme ALT levels. Vet and we are at a loss as there's no obvious toxin access, looking for weird or uncommon ideas
7
Something's wrong with my gecko
5
Could having fallen onto the floor have changed my goldfish's behavior?