I bought an algae eater at Petsmart and I recently learned myself that there are different algae eaters that look the same at a young age. I bought an algae eater that has a brown and cream brown body. It has a pattern of little dots along the sides of its body. The pattern stops before his tail. It is not that big and is about the size of a guppy. My question is, what type of algae eater is this? Are there any more differences between the three fishes? 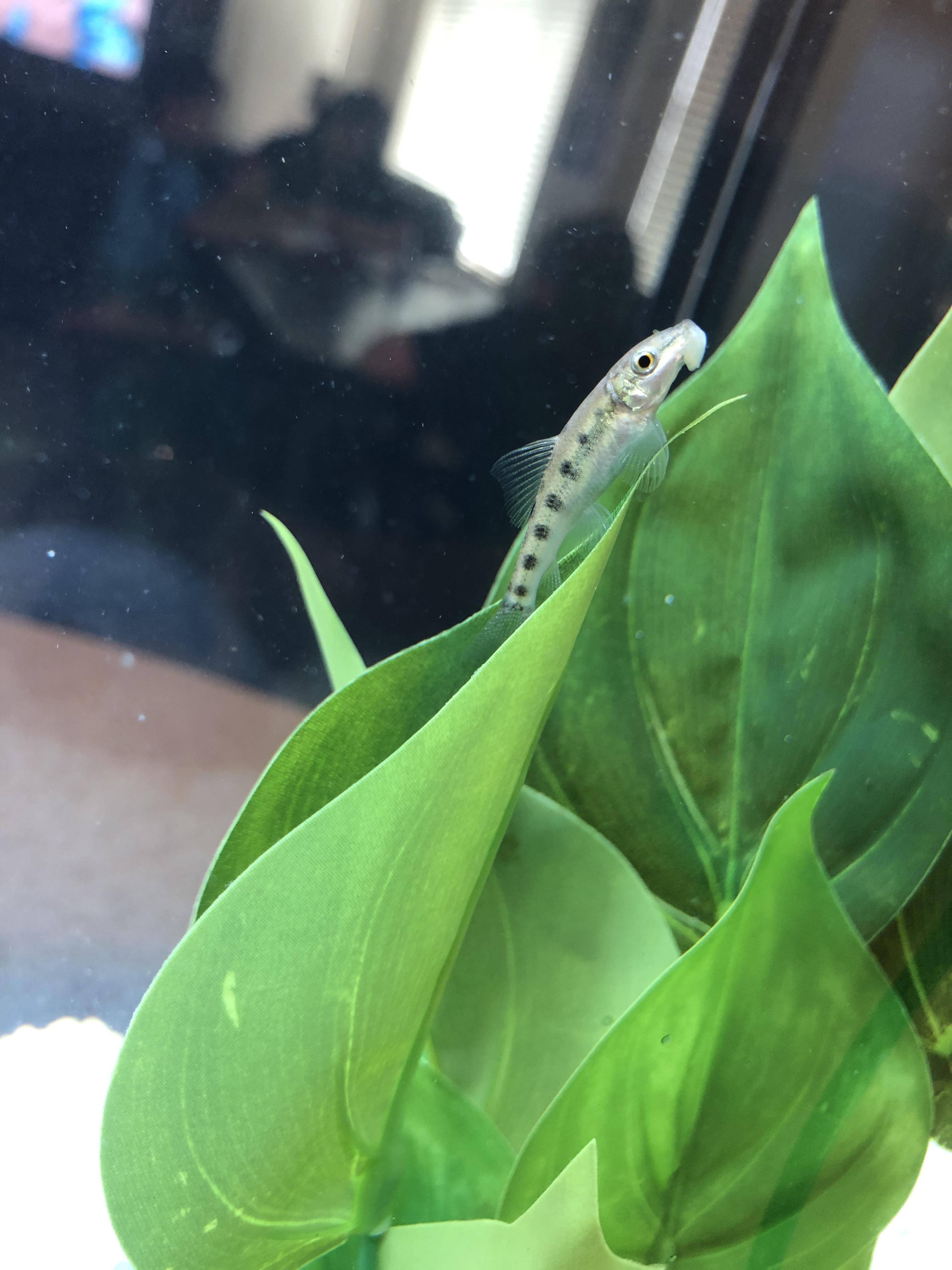 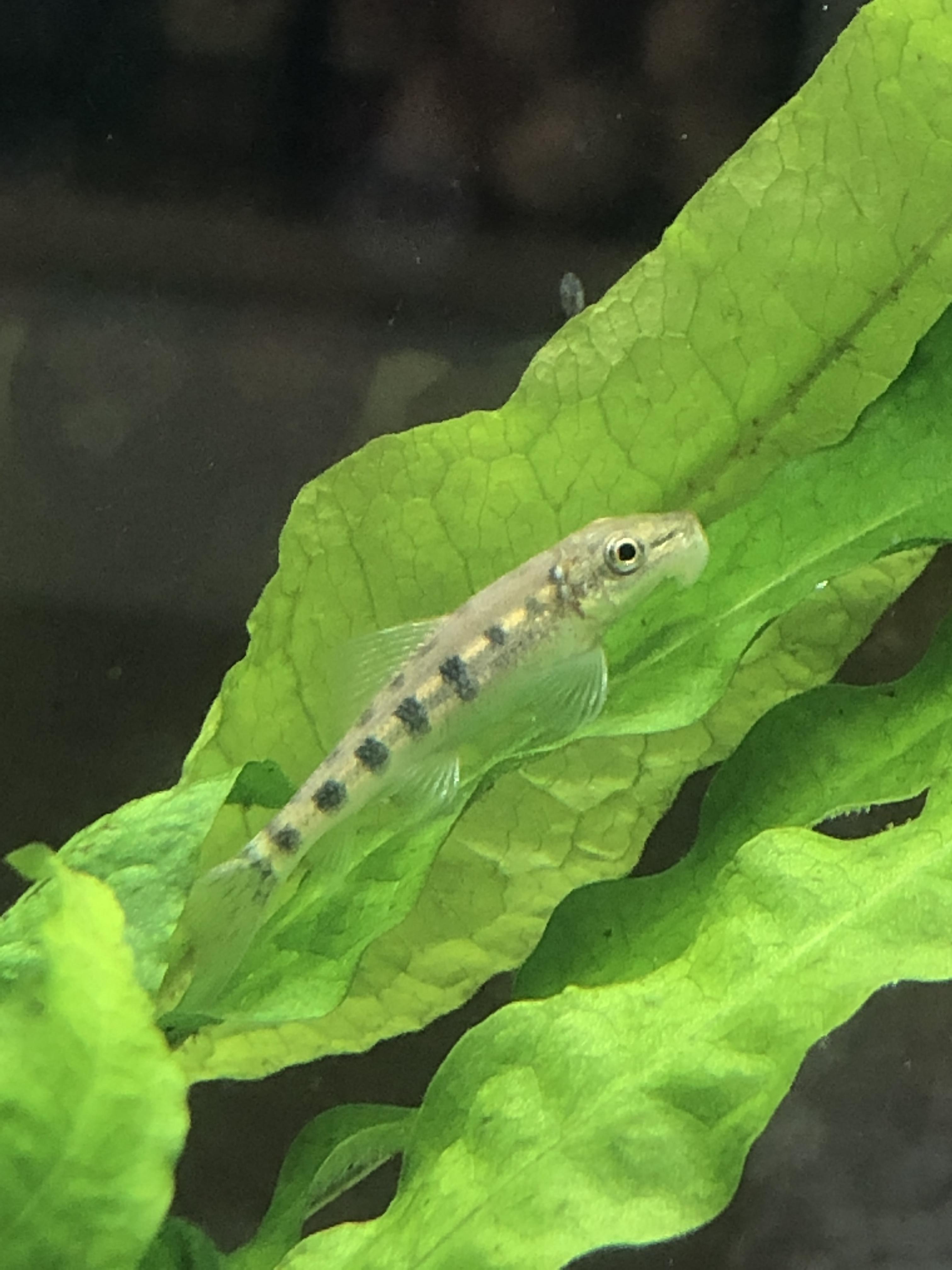 Fish in the pictures attached to your question looks like Gyrinocheilus aymonieri (Chinese algae eater, CAE for short). 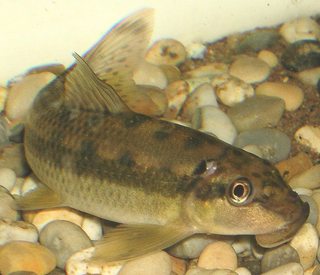 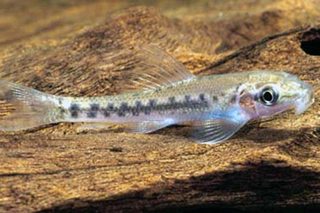 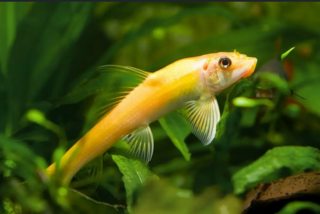 Chinese algae eaters are fish from the carp family Gyrinocheilidae (they are the only one genus in it); they are regarded as the most aggressive of all the three mentioned in this Q&A. Not only are they sometimes aggressive to their own kind, but could be to other bottom dwelling fish as well. What is more, they are known to attach themselves to fish swimming in the water column, especially the slow ones like angelfish, and suck off their protective slime coat, sometimes to the point of ripping off the scales as well, which leads to stress and increases susceptibility to diseases. In general, these fish often cause nuisance to their tankmates. As they grow older, they become less interested in plant- and algae-based food and start to appreciate animal-based food, even via active hunting - in other words, they progressively and effectively stop being viable algae eaters. Visually, they are somewhat similar to Siamese algae eaters - but could be differentiated from them because Chinese algae eaters lack barbels near their mouths. These fish are large; various sources report different numbers, but they are said to reach up to 30 cm in wild and up to 14 cm in aquarium. 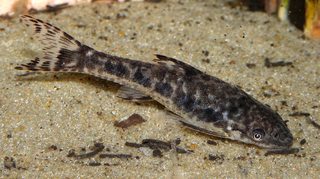 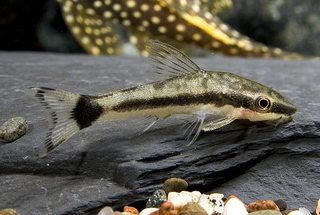 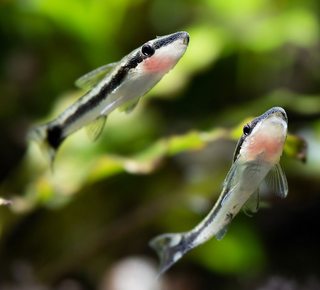 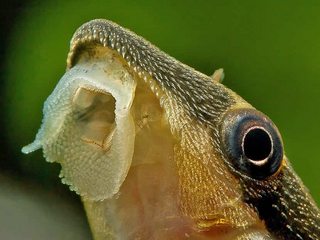 Otocinclus is a genus of catfish from Loricariidae family; since they belong to the Loricariidae family they have a distinct anatomical feature known as omega-iris, which means that pupils of their eyes are not necessarily circular but could be shaped like crescent moon. It is not always visible, though; it is a mechanism by which they control the amount of light entering their eyes. A few different species exist within Otocinclus genus: depending of species, they reach body length of 2.4 to 5.5 cm in aquarium. These fish also have an adaptation that allows them to breathe atmospheric air; they will occasionally swim to the surface to take a quick gulp of air and swallow it; oxygen is extracted in the modified part of their gastrointestinal tract. Since they are catfish, they posses barbels on their mouths; however, they are often really small and difficult to see. These fish are shy, peaceful and need to be kept in schools of at least a few specimens. 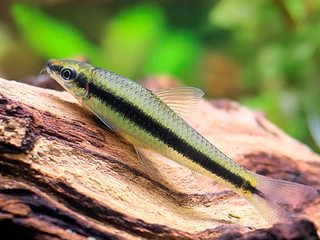 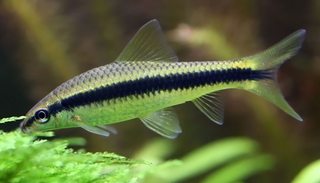 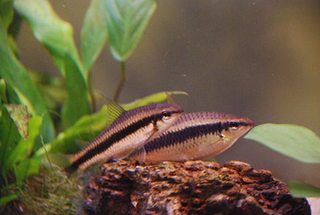 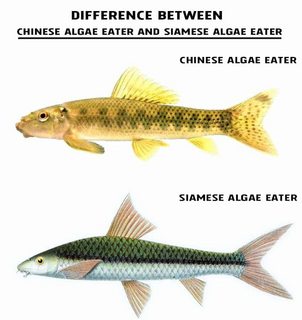 Siamese algae eaters are fish from the carp family Cyprinidae; they are energetic swimmers and have visible barbels near their mouths. Picture highlighting anatomical differences between Chinese and Siamese algae eaters is shown above. These fish reach up to 16 cm in body length; they are rather peaceful schooling fish, but mature male specimens could sometimes display territorial behavior to other males of their own kind.

Not the answer you're looking for? Browse other questions tagged aquarium fish freshwater anatomy or ask your own question.

8
Which freshwater schooling fish tolerate non-fish best?
3
Which smaller fish to add to a 60-gal. tank of danios, corydoras and tetras?
9
How to take care of fish eggs?
7
Does the shape of a fish tank make any difference?
6
How to efficiently catch my own fish?
7
Can a house get too hot for tropical fish and what precautions could we take?
2
Bubbles on top of fish aquarium
3
Betta fish and 2 small snails
2
How many fish for a 29 gallon tank?