What's an appropriate diet for a small river turtle?

I got my little brother a small river turtle, and I would like to know what it eats. It's somewhat relatively fast, longish slim tail, seems to be energetic, but I'm not sure what it eats. 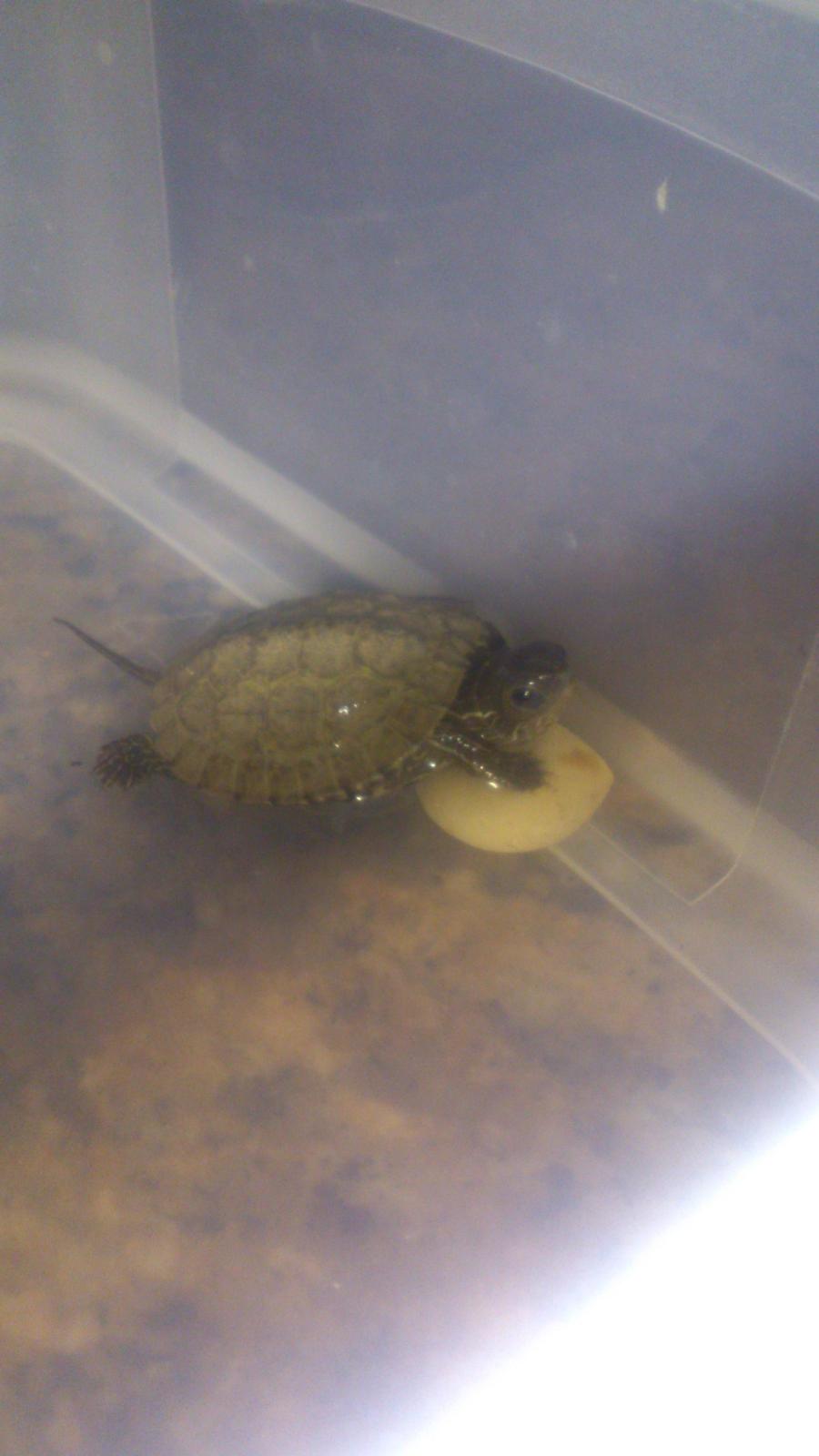 You should feed the turtle once daily since it's so young right now, but as it gets older you can move to a schedule of every other day. Some people even go so low as every third day; others keep feeding them daily but in smaller amounts. It's important to keep track of how much you're feeding your turtle because turtles are notorious beggars, and you can risk getting your turtle fat if you give in to its demands too often.

The rule of thumb for feeding times is as much as the turtle can eat in a 15-minute time-span, or an amount of food that matches the size of the turtle's head and neck.

Zoo Med Aquatic Turtle Food and ReptoMin Plus are the most popular brands of commercial turtle food that you can find in a pet store where I live. Personally I prefer Zoo Med as their focus is on reptiles.

Good sources for protein include:

I say fruits should be more for treats or dessert because of their generally high water content vs actual nutrients. They do make a good way to encourage your turtle to eat if it gets finicky though. Just mix in some of its favorite fruit in with some other food. You can use fruit as a way to administer vitamins too.

I don't think there are any fruits that are really bad for turtles (aside from possible low nutritional value). The most common I know of that are fed to turtles are: grapes, blackberries, cherries, cantaloupe, bananas, apples, kiwis, etc.

You can also feed it treats like dried prawns. I consider these treats because they're so high in protein, and so low in other nutrients, that they're not really good as a staple food in my opinion. The goal is to have to give as little vitamin supplement as possible. There is also the risk of your turtle liking the taste too much, and refusing other foods that it needs, like the vegetables. Like a kid given a choice between green beans and candied bacon: it's always going to choose the candied bacon. But you can mix it in with other foods as a supplement if you want to, and definitely if it's something that your turtle might not want to eat by itself.

Live prawns are okay - they give the benefit of mental stimulation to turtles as they have to hunt them. But they can also act as carriers for the bacteria that causes shell rot, so I'd stick to dried ones as treats. Their nutritional value isn't enough to use them other than for treats in my opinion.

Other treats you can give it include mushrooms, corn on the cob, low-fat dry dog food - which is a good source of protein, but not really anything else for a turtle - and on a rare occasion a boiled egg or pinky mouse, though not at the size of your turtle right now.

Foods you never want to feed it:

Note that they can be messy eaters, so you'll want to make sure that you clean the tank after feeding times if you don't feed it in a separate tank.

As a side note, since I'm assuming this is a wild turtle you caught. I'd suggest looking into your local/state laws on keeping native species. I know in most midwestern states it's illegal to keep most native turtles as pets. In some it's actually illegal to even pick up the endangered species.

And some similar Q&As that might give some helpful information:

What are some safe, healthy treats for my turtle?

How can one care for a small snapping turtle?

Not the answer you're looking for? Browse other questions tagged diet turtles or ask your own question.

16
What is the importance of UV radiation to pet reptiles?
17
What are some safe, healthy treats for my turtle?
9
How can one care for a small snapping turtle?
6
Leaving red-eared sliders for the weekend

17
What are some safe, healthy treats for my turtle?
12
Is this turtle tank too dirty?
7
What is the basic proper aquarium setup for a turtle?
3
How do I feed a turtle foods that don't float?
6
How long will it take for a turtle to get used to a new aquarium?
7
Are maggots appropriate food for a turtle?
4
Is it advisable to "tame" a turtle?
4
Turtle: How do you feed mealworms?
0
Another New Turtle