Stack Overflow for Teams is moving to its own domain! When the migration is complete, you will access your Teams at stackoverflowteams.com, and they will no longer appear in the left sidebar on stackoverflow.com.

Check your email for updates.

Female guppies are fine, but male is sick

I recently got a 54L aquarium and stocked it with 4 small guppies - 1 male and 3 female. Initially they all seemed to be doing fine - eating, very active within the tank etc. The male looked great when I first got him: 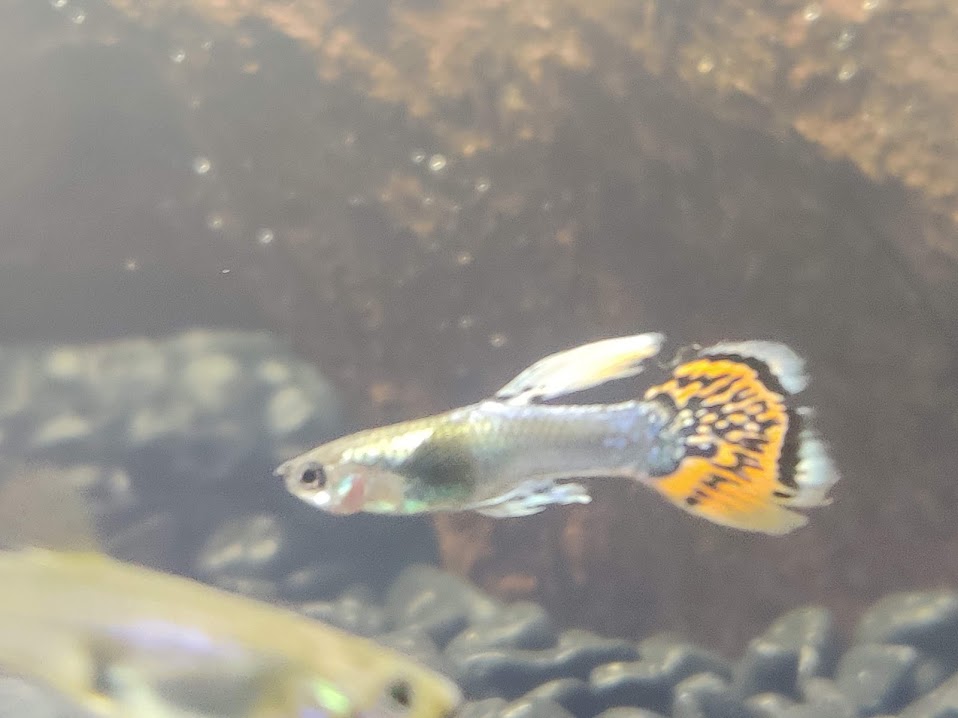 However when I woke up this morning the male looked sick and was not moving much. He has lost all colour in his caudal fin. When I got home from work he looks even worse and seems to be hiding: 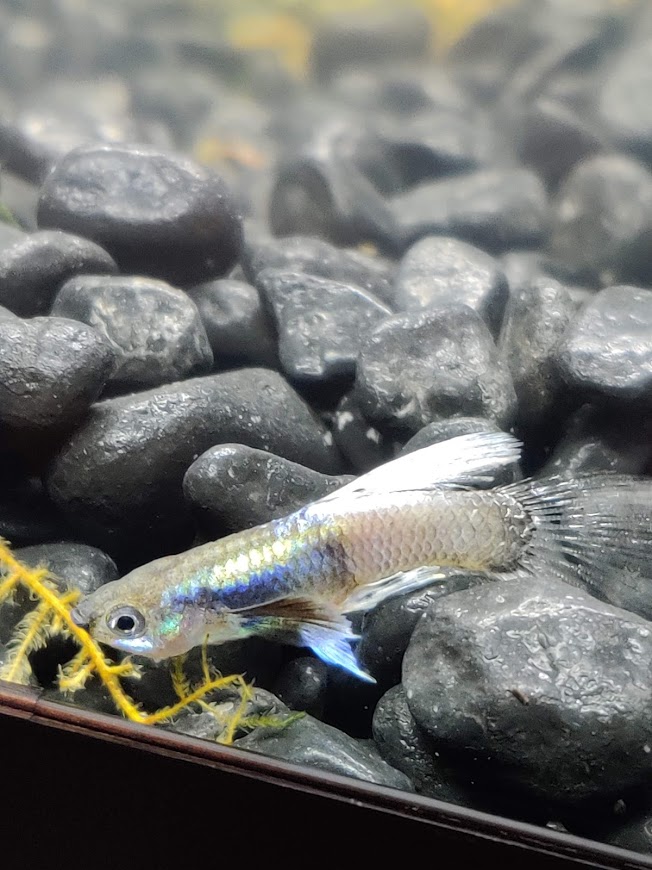 I tested my water parameters and all seemed fine. I have now put the male in a breeder box to separate him from the females so I can keep an eye on him better.

Is it possible to know what may have caused this situation and / or if it is salvageable?

UPDATE: This fish has now died as well as one of the seemingly healthy females. My tank parameters are as follows:

High concentration of nitrite ions (1 mg/L of NO2-) is the most concerning thing in the list of your water parameters; it is many times above the toxicity threshold, because nitrites may start to become toxic at levels as low as 0.1 mg/L. Mechanism of toxicity is that NO2- ions get absorbed into the bloodstream through gills and oxidize hemoglobin in fish's blood to methemoglobin, which cannot bind and transport oxygen like hemoglobin does. It leads to generalized hypoxia, which is a serious and potentially fatal disorder.

It has been shown that adding 10 mg/L of chloride anions for each 1 mg/L of nitrite anions protects against NO2- toxicity in most fish. Nitrite ions are absorbed via the same mechanism as chloride ions and compete with them in the context of absorption, so the rate of NO2- uptake depends on how much NO2- there is compared to Cl-.

A precaution: while 0.3 % salinity is considered safe for freshwater animals, it could cause adverse effects in some sensitive aquatic plants; however, such (relatively) high concentration is used for preventing or treating pathogen-borne diseases in aquarium. The concentration for neutralizing nitrite toxicity is over 100 times less than this and will not hurt your plants.

The problem is, the high concentration of nitrites present in your aquarium is probably a result of a bigger underlying issue: an un-established or broken nitrogen cycle. I'd guess ammonia concentration in the aquarium is non-zero as well, which is harmful, too.

What is more, free chlorine (Cl2) levels have no business being any other value than 0 in a healthy aquarium. Free chlorine isn't produced by any process in the aquarium, so the only reasonable assumption is that it must have been introduced in the aquarium with tap water during water changes. Please always use water conditioner to treat tap water in order to make it aquarium-safe. Water conditioner doesn't have to be fancy nor expensive, but it must be able to neutralize both chlorine and chloramines.

In your question you have written that free chlorine levels are between 0 and 0.8 mg/L - I assume that the color of colorimetric test was not matching any color in the reference sheet exactly, instead it was in-between the scale, so you have posted the two bordering values that it was in-between. It might be the case that there is actually no chlorine, but the reading gave a false result. As a precaution measure I am going to assume that the test was accurate, though. Colorimetric tests might sometimes be difficult to read accurately because many different factors could distort the reading:

Moreover, please don't confuse chloride (Cl-) with free chlorine (Cl2) - they are different forms of the same chemical element and they have fundamentally different properties. Chlorides are negatively charged ions that exist in the form of salts (most common is table salt) or in water solution and are relatively harmless; free chlorine is a highly corrosive and toxic gas that is a strong oxidizing agent.

Dechlorinating water conditioner works by sacrificing its active ingredient (a strong, water-soluble reducing agent, most often thiosulfate salt or vitamin C): it gets oxidized by free chlorine and in the process chlorine itself gets reduced to harmless chloride ions; this reaction does not spontaneously reverse on itself in the aquarium, so the dechlorination effect is permanent in this context.

However, progressively more and more tap water treatment facilities are using chloramines instead of chlorine; both ammonia and chlorine are added to the water and chloramines form in situ as a product of their reaction. In simplified terms, dechlorinating agent present in water conditioner neutralizes the "chlorine part" of chloramines, but leaves ammonia behind; a good water conditioner has a second ingredient that takes care of this fact and temporarily neutralizes ammonia as well. Unlike the case of Cl2 neutralization, ammonia is not neutralized permanently by such conditioner - however, in an aquarium with functional nitrogen cycle this is not a problem because the produced ammonia gets permanently and completely oxidized to relatively harmless nitrates (NO3-) in the nitrogen cycle before it reverts to its toxic form.

18
How does one effectively "cycle" an aquarium?

4
Did my catfish kill my betta
3
My male platy is clamping, is he sick?
3
Possible reasons goldfish hanging out near surface
3
Will my fish's tailfin grow back?
6
Neon tetra with cotton mouth
3
Helping an old betta with fin holes