Is it possible to tell shrimp eggs if they’re cross bred? 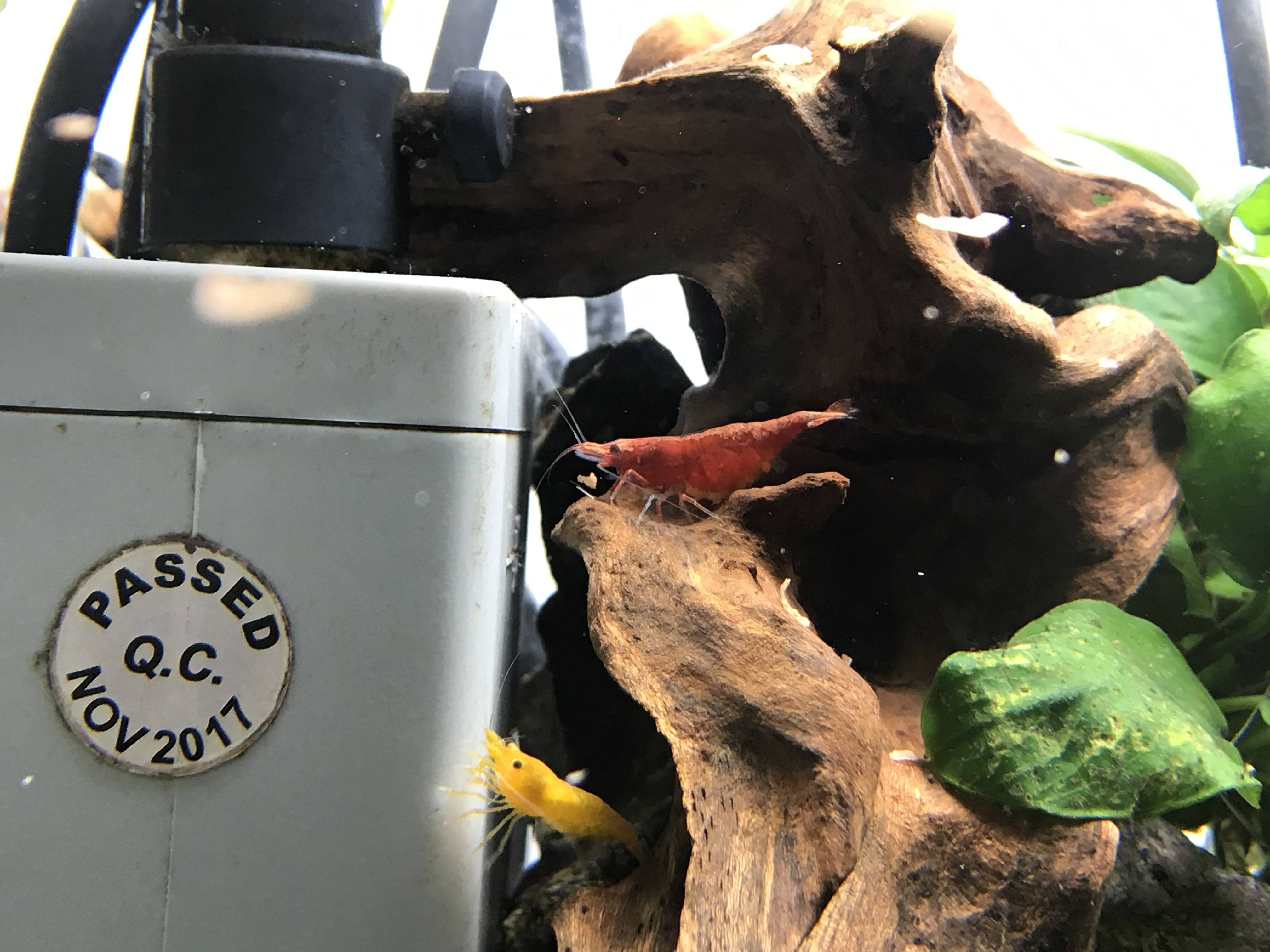 I have noticed that my shrimp are recently becomin g pregnant, also I keep my shrimps in one 40 liter tank so I wonder if it’s possible to tell by only the eye if the eggs are cross bred.

You may be interested in the species I had and currently have. 1 week ago: 10 Red cherries shrimp 1 Fire Red shrimp 1 Red Rili shrimp 3 Blue velvets shrimp 3 Sunkist shrimp

I have seen the pregnant RC shrimp hanging around the BV males often, But I have no idea what the Sunkist shrimps Mates could possibly be.

I just wonder what their babies would look like, or if their a cross breed.

The nasty Otto, a Oil Tatia and a Pleco

I would like to hear the answers and find out soon! There is a new tag for, ‘shrimp’ now.

I'll preface with the fact that I have not kept shrimp for very long, and I've not bred them. But I have done a lot of research on the fact (as much as I could, there's not a lot of easily accessible, reliable resources out there), since keeping varying types of shrimp together runs a number of breeding risks.

You really can't tell who bred with who at this point, not until the shrimp eggs hatch, and the shrimps mature, which is only a matter of about 2 months (varies per type).

Have you sexed your shrimp? You could make an educated guess based on your female to male ratios. (I.e., if your 1 Red Rili was female, you can remove that shrimp as a possible parent of your current eggs.)

It's important to know that it's not uncommon for crossbred (breeding between different species) shrimp to return to "wild" coloring (brown), instead of taking on one of a parent's trait. Interbreeding (breeding between same species) is more likely to keep the vibrant colors.

There's a number of helpful interbreeding and crossbreeding charts you should check out, which can help you narrow down if who might have bred with who, if some parings wouldn't be possible. I felt that this article was particularly useful, and has a chart linked at the end: Interbreeding Chart. For example: it is possible for your Blue Velvet to have bred with your Red Cherry, but is highly likely to produce a brown shrimp.

(a lot of shrimp have varying names, or are falsely labeled, so you may need to look up the specific genus of each of your shrimp to match them up on that chart.)

I'd also like to note that, if you have a fish that is killing your shrimp, the baby shrimp may not live long enough for you to tell. I would recommend keeping your breeding and baby shrimp separate from the fish.

Not the answer you're looking for? Browse other questions tagged aquarium breeding crossbreed shrimp or ask your own question.

8
Will crickets lay barren eggs?
7
How can I tell if my shrimp is pregnant?
2
At What Age/Weight Should NZW Rabbits be bred?
1
Is it possible preview my dog adult size?
2
Snails eggs accident
7
Shrimp Breeding
2
Do guinea fowl chicken crosses lay eggs?
1
How to protect shrimp babies?