I’ve had my betta for two years. He was full grown when I got him so I’m not sure how old he is. He’s got pretty classic signs of age - humped back, difficulty attacking food accurately, not active at all.

He’s displaying large holes in his fins that grow and change frequently (does not look like rot or tearing), which is alarming, but he seems to swim around alright. Nothing has changed in his tank (10gal, planted, logs, heated and filtered). No new items were added and he’s never had torn fins before, so I’m fairly confident it’s not anything in the tank. Parameters are tested frequently (all fine but a slightly higher pH [8ish] that I’ve never been able to lower), and 25%ish water change weekly. I’ve also got an algae problem, but removed some moss balls I think were the culprit.

Are these holes due to age or something else? I want to make sure I’m providing the best care for him and I’m worried the holes are a sign of suffering. Any suggestions on things to check for or change?

Here’s a admittedly terrible quality photo, but it shows the holes clearly (they have grown bigger since this was taken): 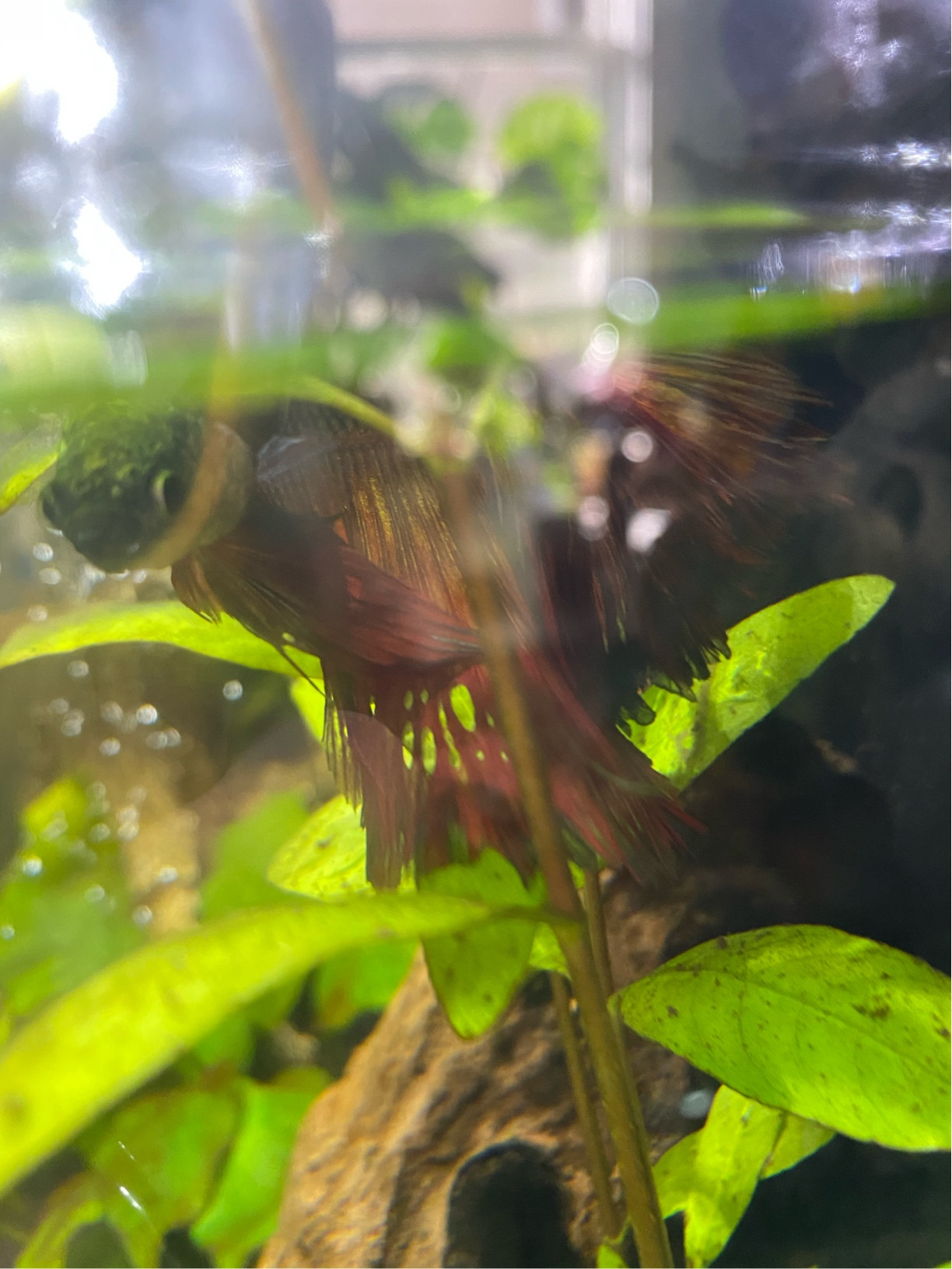 It’s getting worse. He’s still such a happy boy and swims up to seem me and eats all his food, but part of his whole bottom of his lower fin is nearly torn off. I bought him so more plants today with big leaves to rest on, and some almond leaves which I read would help. Also a new heater (my house is chilly and I’m worried the little one I have is just not doing enough), and some filter sponge to slow the water flow a bit.

If anyone has any other ideas, please let me know. I want him to heal! 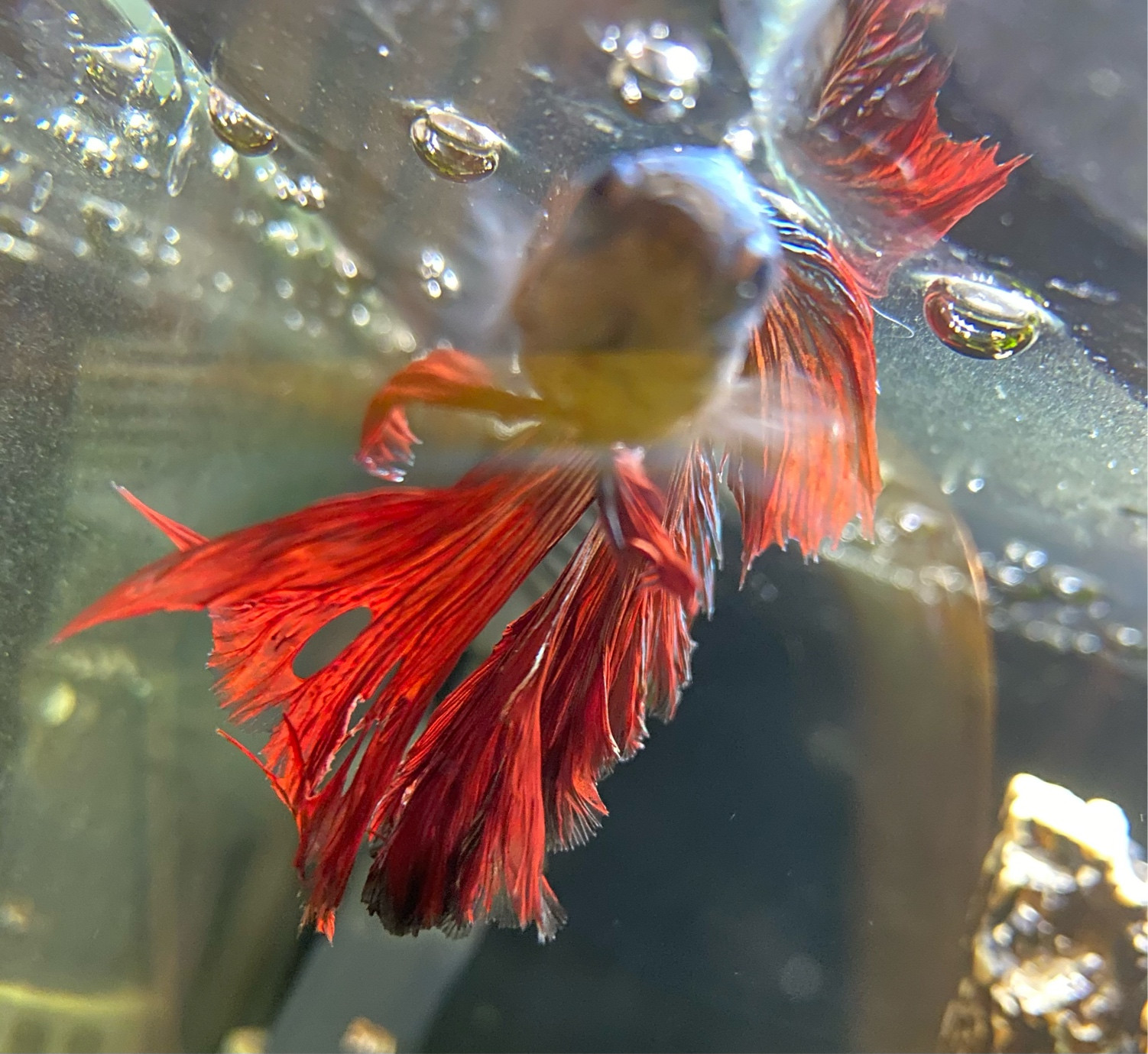 I’ve completed a big water change and will continue frequent small water changes over the next few weeks.

Betta average lifespan is about 2-3 year, although they can live longer. If you don't know exactly how old it was, you could be expect him to be having his last months. Getting the best water quality and the less stressful environment will definitely give him better chances of having a very good life.

Not the answer you're looking for? Browse other questions tagged health aquarium fish senior-pet or ask your own question.

6
Betta fish fin tear or rot?
2
Goldfish swim bladder disease? Please help
1
Something wrong with my betta fish fins
3
What amount of “grime” is acceptable in betta tank post water change?
1
Why are my Betta’s fins curled and maybe spotted?
10
How can I help my betta, who has a white-ish sore on his side, is laying at the bottom of the tank, and isn't eating?