White patch and spot on my goldfish?

One of my goldfish, which I've had for 3 months, suddenly got a white patch on the top and a white spot on its left side (the yellow-black one in the picture). I just noticed it today, but I'm sure it wasn't there yesterday, so it happened very quickly. 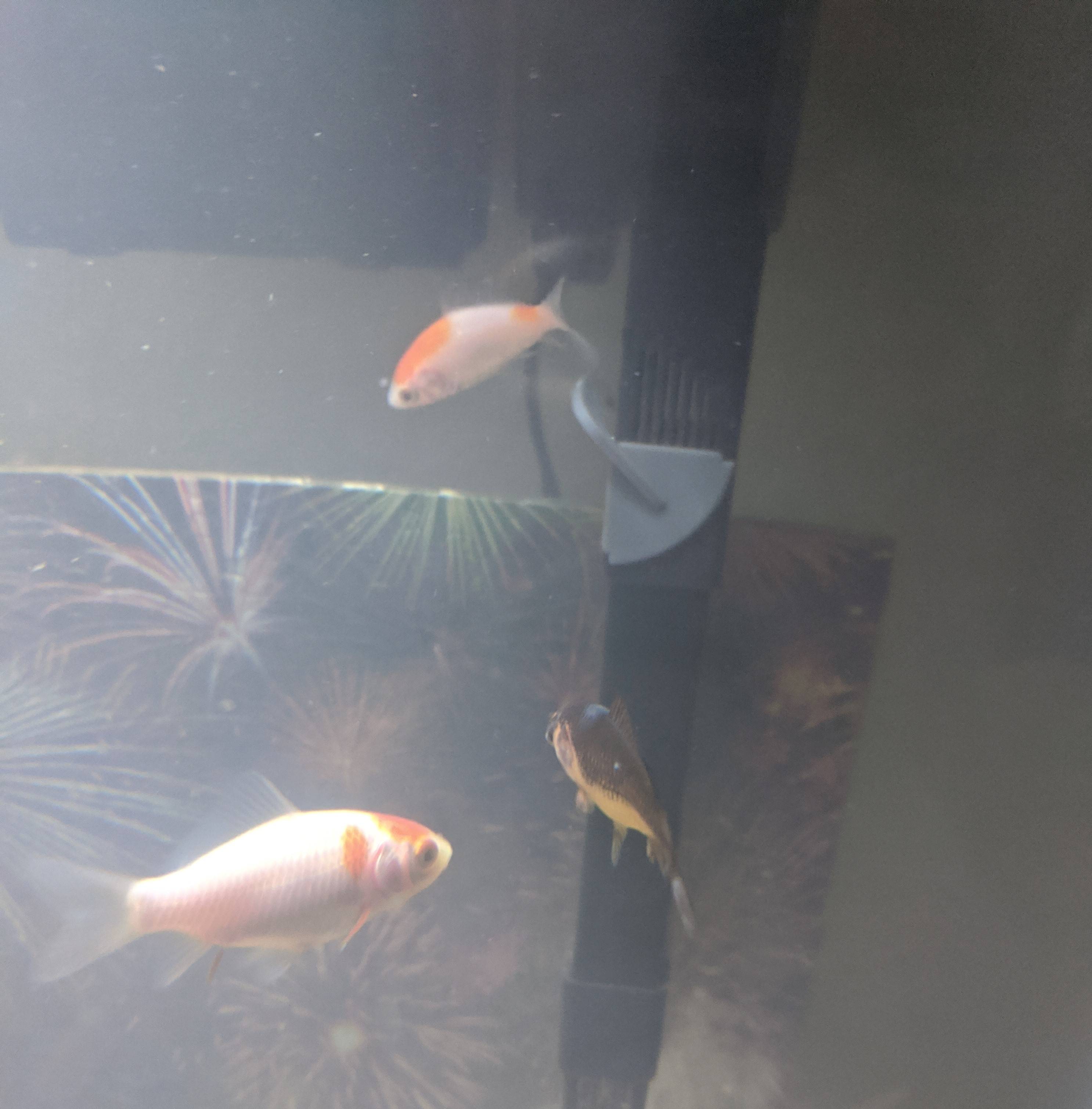 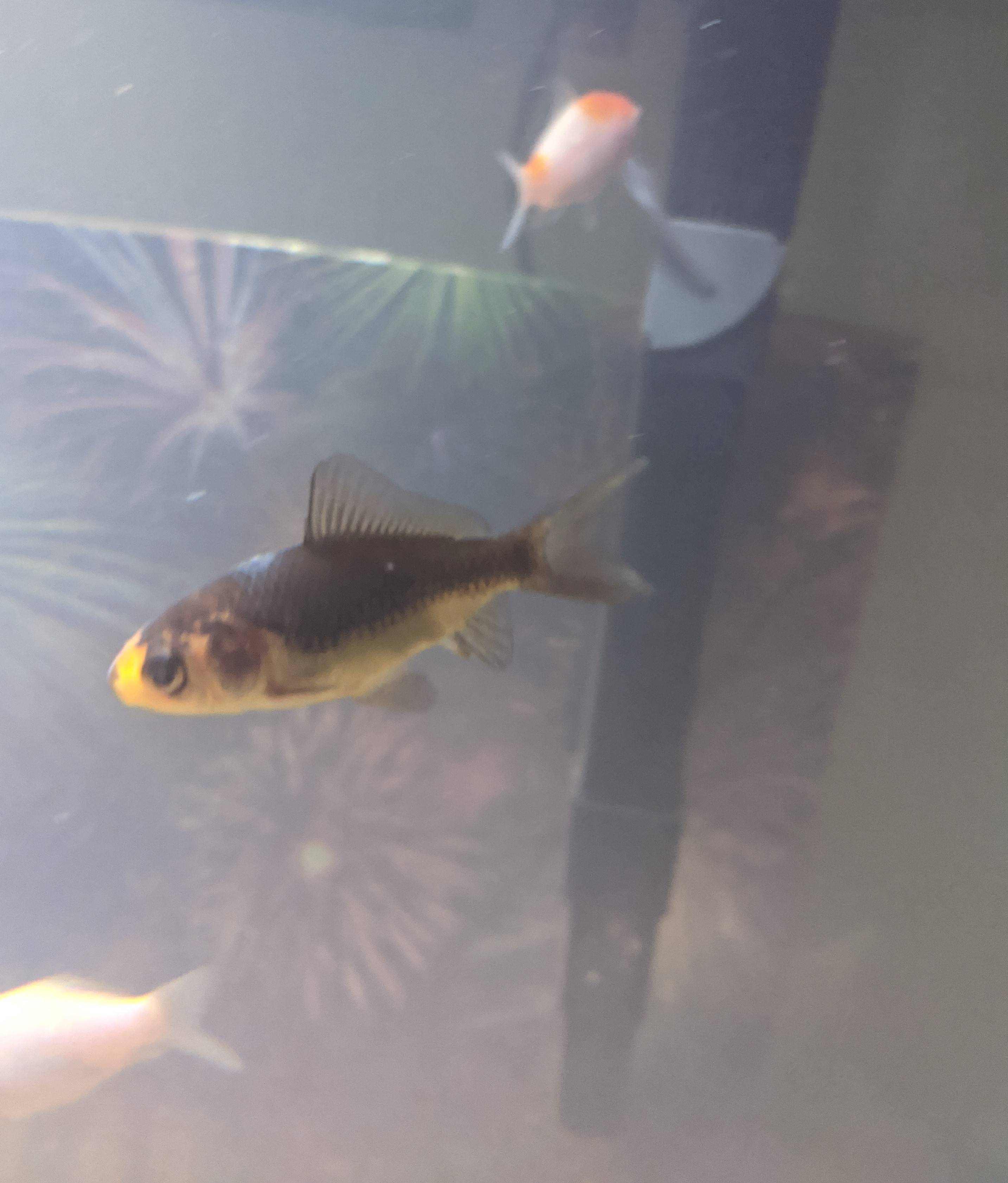 I just moved my fish to a new, larger, 20 gallon (76 liters) tank 10 days ago, and added a Seachem Flourite substrate, but other than that everything is still the same.

Any help is appreciated, thanks.

UPDATE: the white film on the fish seems to be spreading, I see it on its head, gills, and tailfin 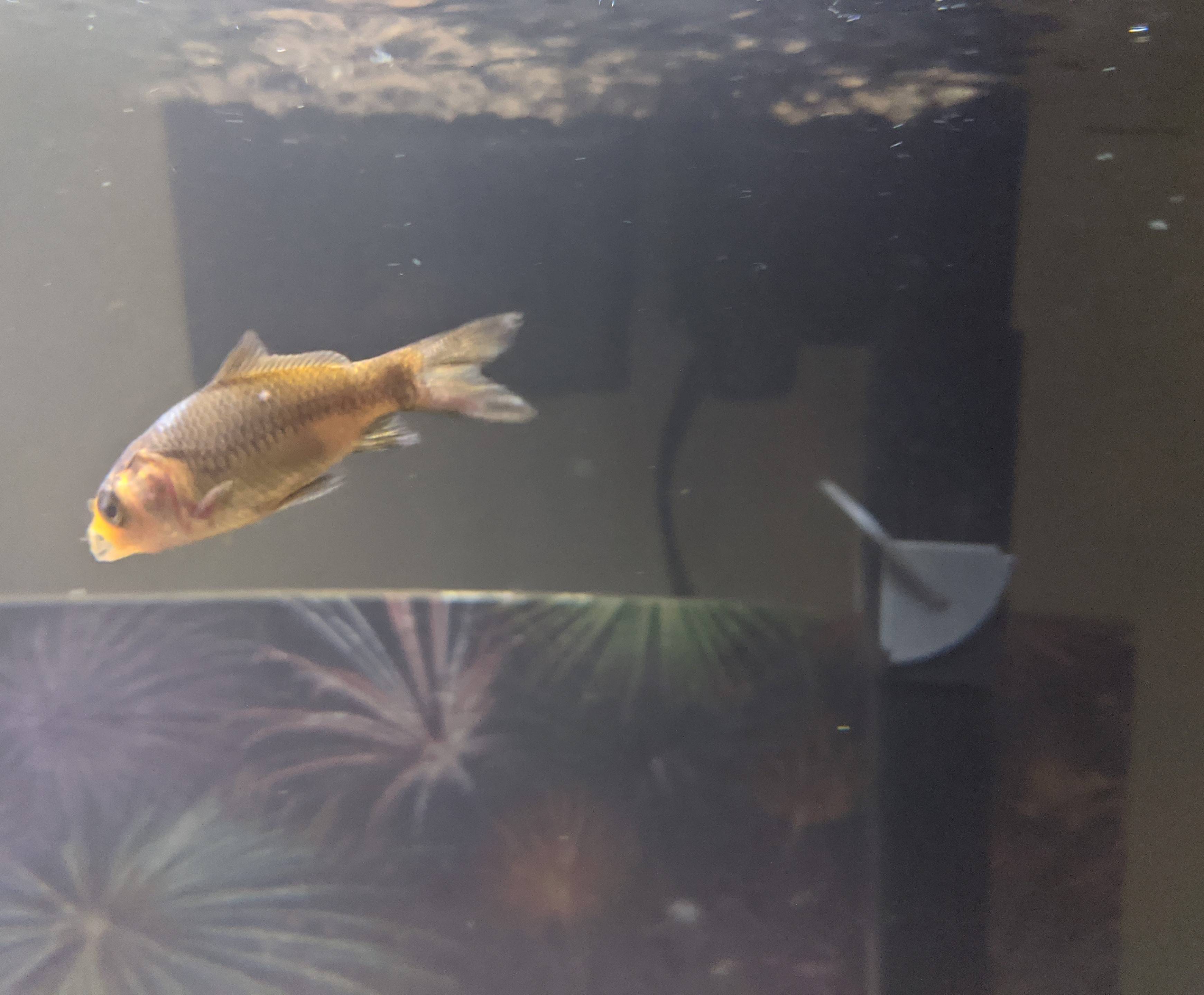 I also noticed brown spotting on its fin and from researching online apparently it might be from ammonia but I've been doing 10% water changes almost daily, and none of the other fish appear to be affected, anyway I did a 50% change today since I didn't have any water testing strips lefts just to be safe. 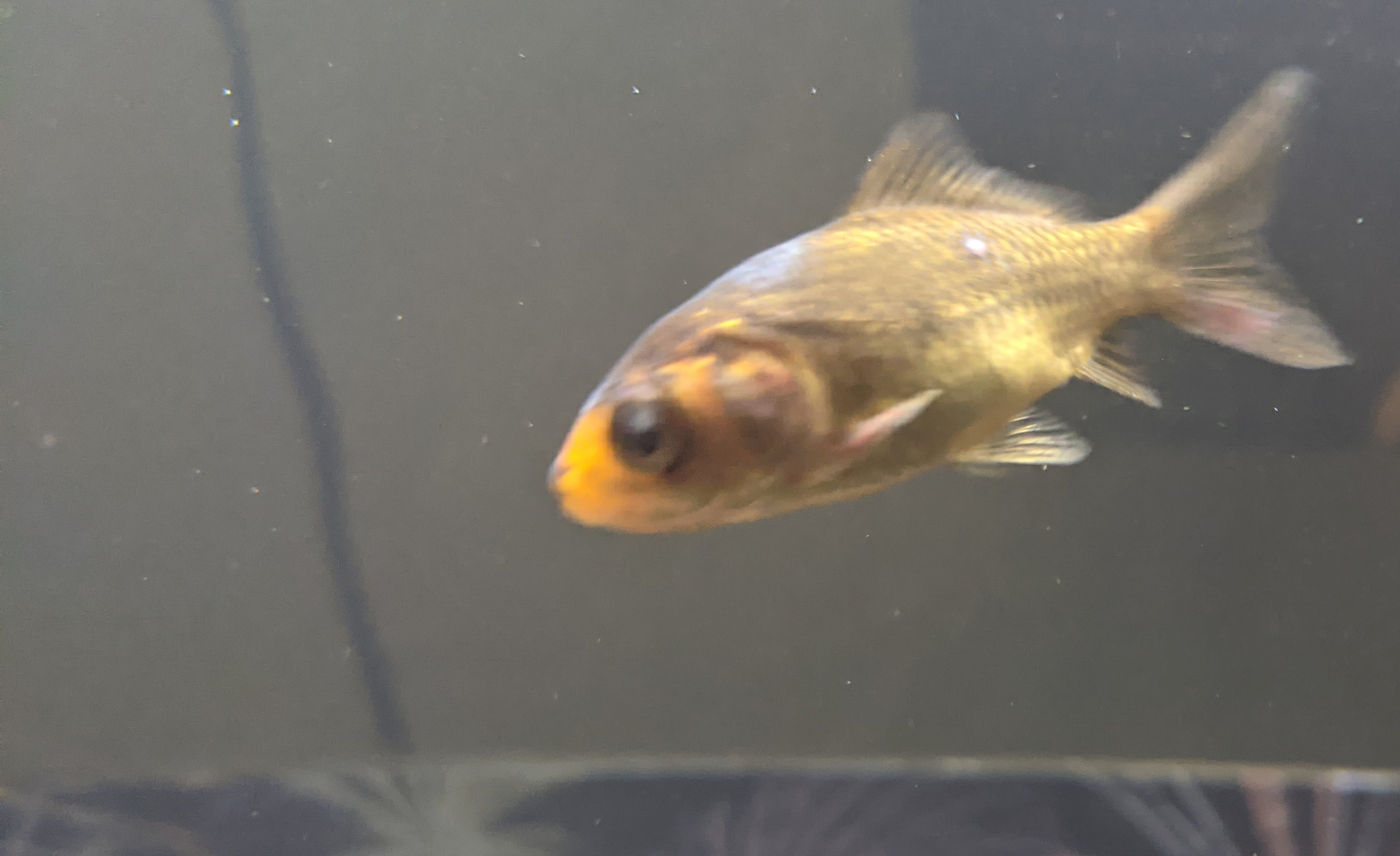 but the thing is you can only see it under a bright light, when it's not directly under the LEDs you can barely see it 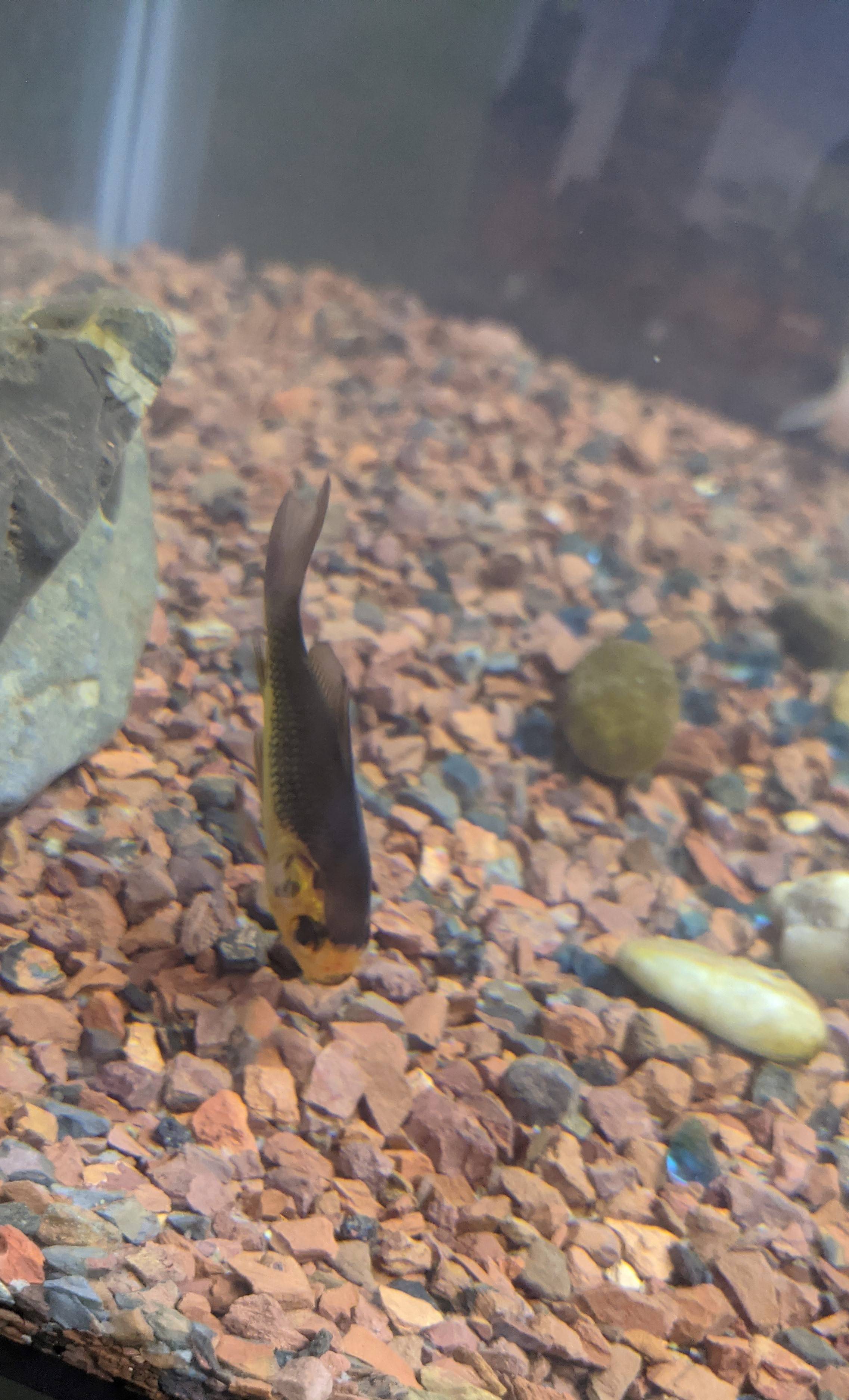 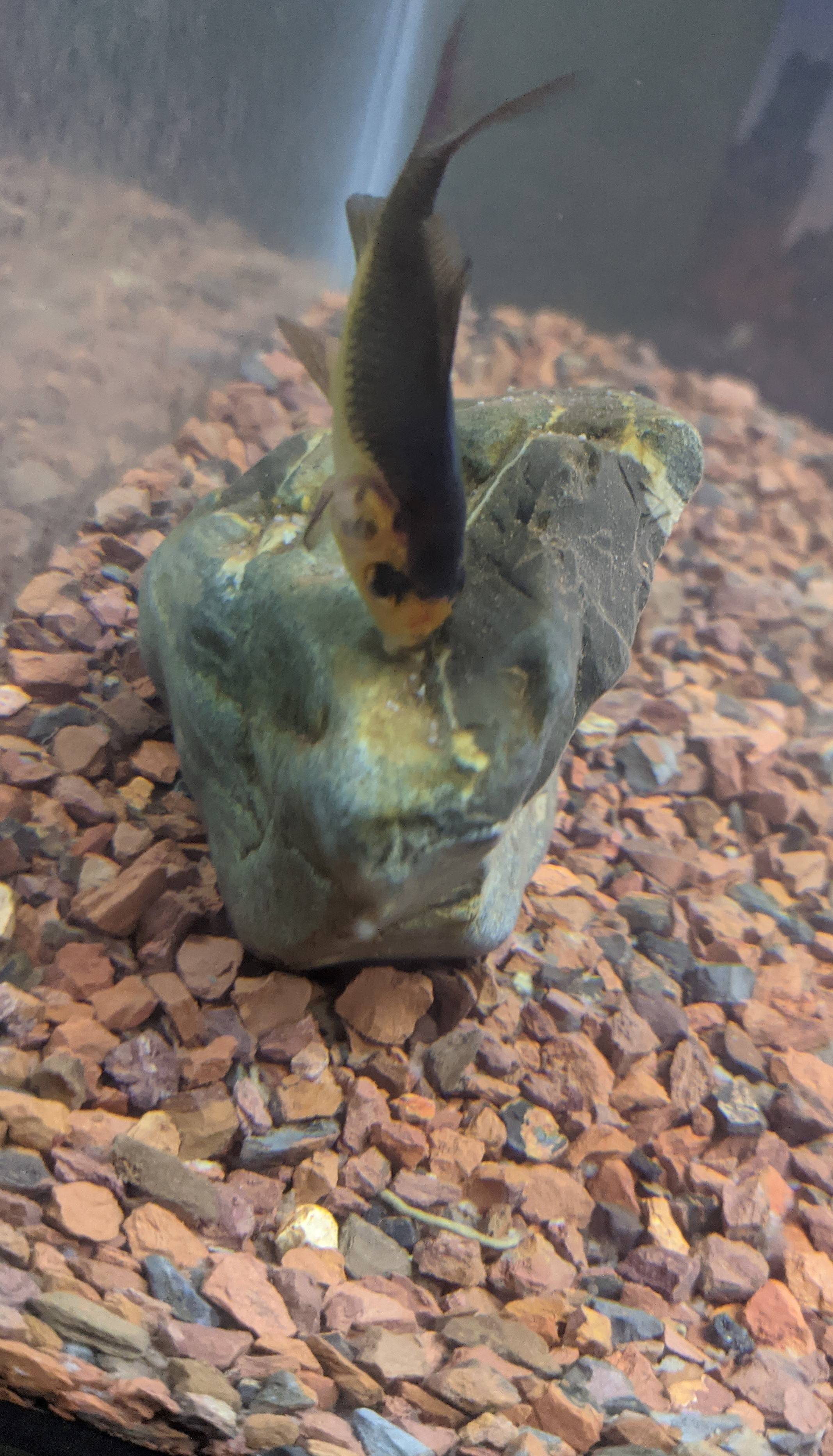 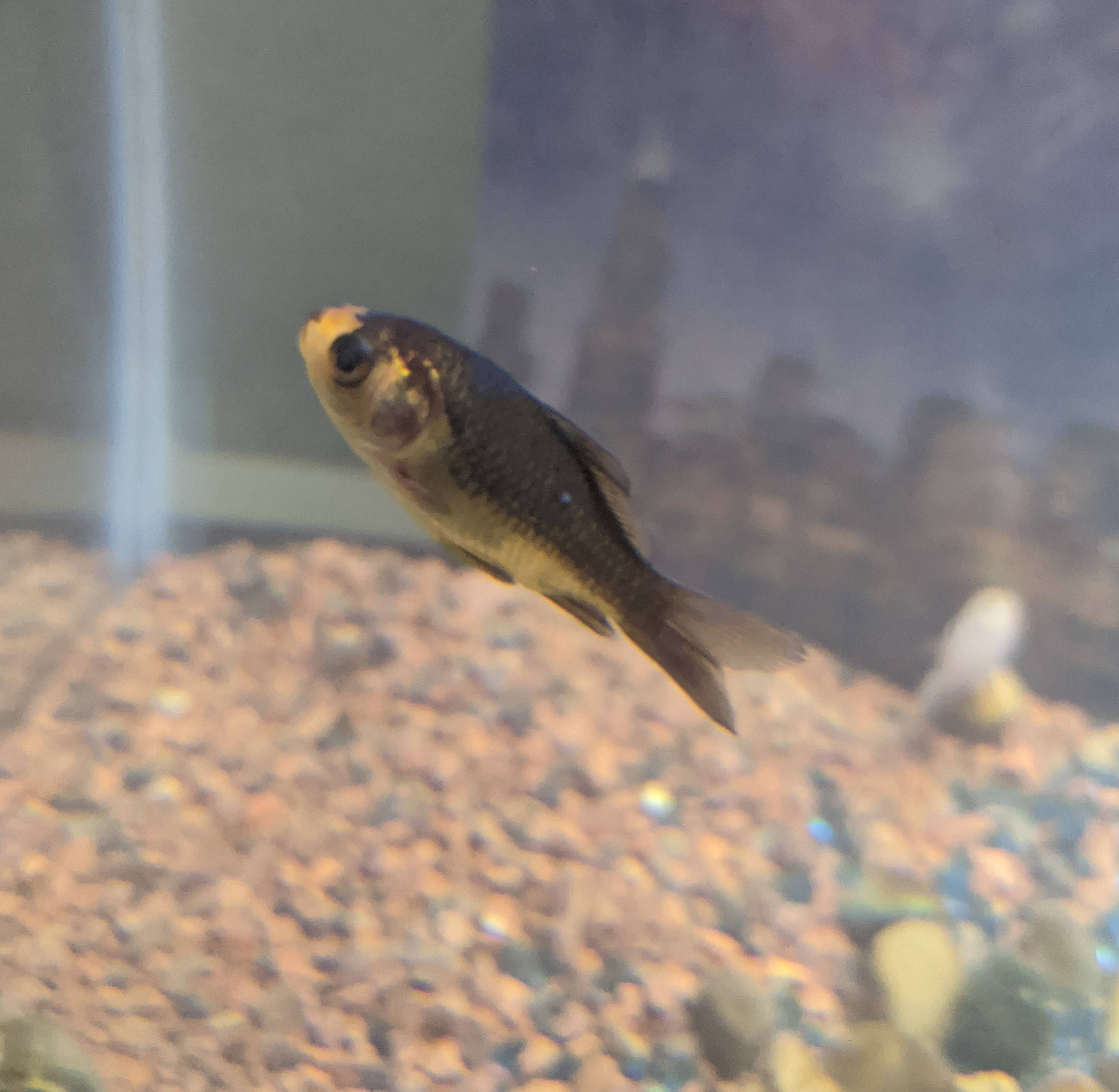 Your fish have got a fungal infection,this is often a result of poor waterquality and when this happens there is a couple of things you have to do.

no1,Stop feeding your fish and do a watertest and look for ammonia-nitrite-ph,if the nitrite or ammonia is high you need to do a partial waterchange in your tank about 20% of the water needs to be replaced remember to treat the water before adding it to your tank.

no2,Add some aquarium salt the dosage is 0,3%,this is to block a potential nitrite poisoning and to increase the bloodflow in the skin and gills of your fish to help your fish fight the infection.

Some of the causes for poor waterquality is not cycling the tank properly(this is if your fish get ill right after you start your tank).

other problems with waterquality is often caused by overfeeding your fish or by not maintaining good waterfiltration(cleaning the filter too often is just as bad as not cleaning it at all)you need to clean the filter only when you can see that the waterflow is reduced but before the filter gets clogged up.

Remember to do weekly waterchanges and dont forget to vacuum the gravel to get rid of the waste collecting there.

Have you added any new soils or plants or rocks or fish? That is how white spot disease spreads. It is highly contagious so I highly recommended to get medicine as fast as you can. If left too long, it will spread and may possibly kill your goldfish. Turning up the temperature will help.

Not the answer you're looking for? Browse other questions tagged health aquarium goldfish infections or ask your own question.

6
White marks on my Pearl Gourami turn into blisters/tumors before they die
3
How to remove mold/algae from the stones in a fish tank?
3
Does this fish have body rot?
6
Help with Fishless Cycling with Live Plants
4
What is this tufty white spot on my goldfish's head?
3
Is my fish suffering from fin rot or is this just a sign of wear and tear?