My betta is sinking, and we've tried everything. Looking for non-generic/mind-blowing advice

I have had this betta for about two years now, since he was a baby. A couple of months ago he started having trouble swimming. He would swim upwards, but could not stay there - instead, he would sink back down - tail first.

Water tests were normal - I only use the API liquid chemical tests, not the strips.

Our first impression was SBD. We control feeding pretty well (not the only betta I have), but I figured each fish is different, so put him on a pea/fasting diet. This did not help. Next, we tried some medicines, but that did not help either.

At this point, I just think this fish just might be disabled, but I feel a little sad watching him struggle to stay afloat.

Any ideas on what it could be - other than SBD, or what else I could try? 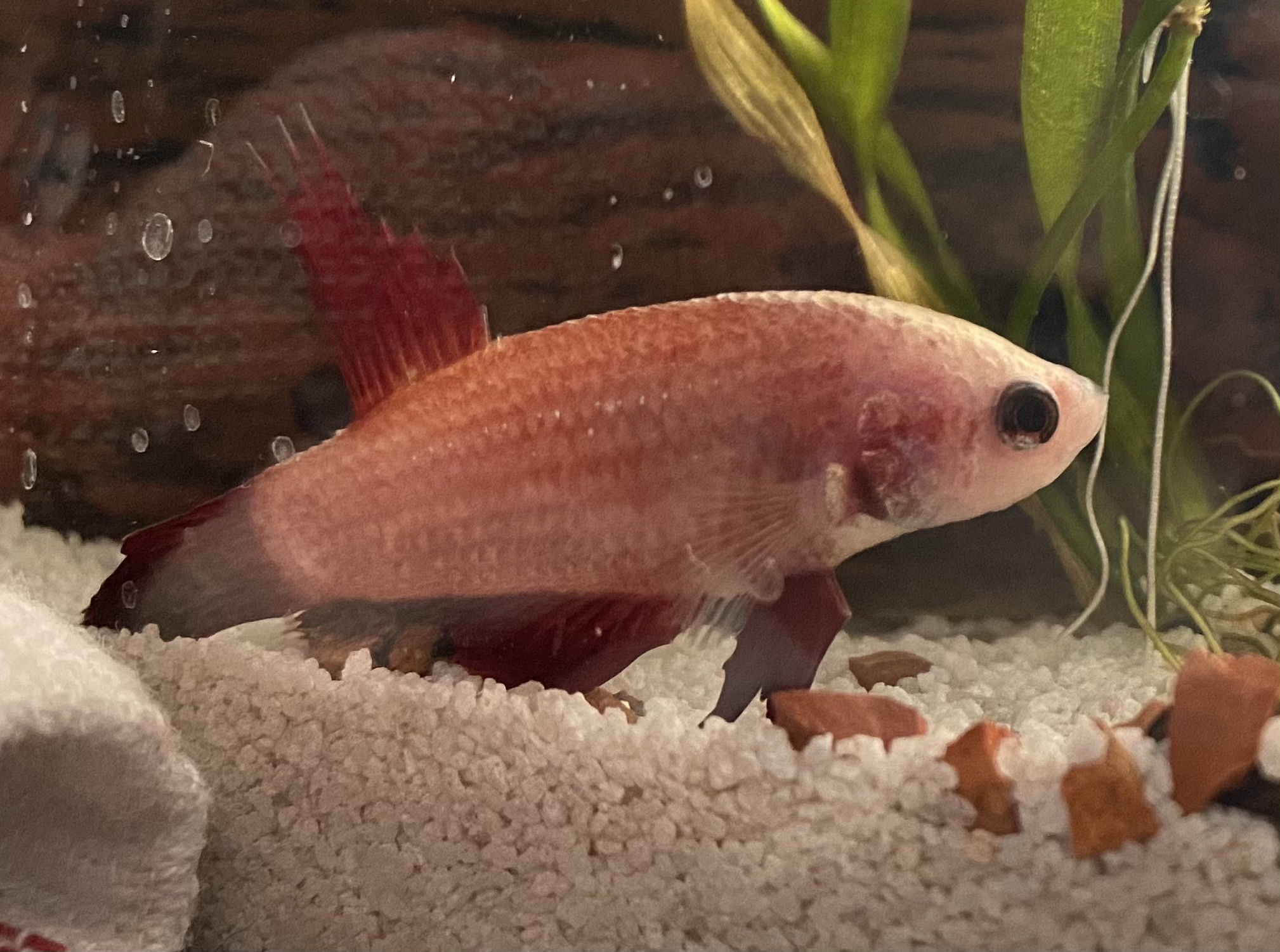 While I cannot ask as a comment, and you mentioned trying everything, have you tried Erythromycin yet?

In the photo, I noticed the fins seemed ragged and translucent in places, typical of either fin damage (sharp objects/other fish biting) or Fin Rot, a bacterial infection.

Other remedies like salting the water (1 tbsp/gallon, remove snails and plants) for one week and maintaining clean water are recommended for Fin Rot (and many other diseases).

Another possible solution is an anti-parasitic medication. API makes a product called General Cure that works well to flush out internal parasites. If you've ever seen a fish with long stringy poo trailing with them, you've seen a fish when parasites.

Obviously, I'm no vet, so take anything I say with a grain (or tablespoon) of salt. Dose any medications according to package instructions.

Sources: My experience fighting Fin Rot with a sassy betta, Aquarium Co-op's great youtube channel, way too much web searching for my own sick fish.

Not the answer you're looking for? Browse other questions tagged health diseases betta swimming disability or ask your own question.

5
Is my betta dying/sick or just sleeping?
3
How do I treat a sideways laying betta fish?
3
Betta tail- Rot, ripped, or clamping?
4
Alternatives for helping/treating swim bladder issue in betta
2
Betta died of fungal infection, when can I add a new betta?
3
Should I euthanize my goldfish who has been floating for a month?