My dog has 2 personalities

I have a 1 year old, 80 pounds (36 kg) male bernedoodle. At home he is a sweetheart, cuddly, and playful but outside he acts crazy. He jumps on people sometimes and he has also bit my hands several times trying to take the leash out of my hands or maybe trying to play tug of war? Also, at the moment we step out the door he barks. He is super friendly with other dogs everytime he sees other dog he's like whining and whining until he gets to say hello to the dog and then he barks to the dog like calling to play but most of time he scares the other dogs. I know I must have been doing a lot of things wrong with this guys please help me. he does a good job when I have treats but always comes back to the same behaviors. It sometimes feels like he likes to show off to people by biting the leash and growling. Can someone help me understand these behaviors?

From what you describe, I notice only one personality: very playful dog, very enthusiastic while playing, to the point that unaware people / dogs get frightened.

It is also normal behavior of dogs to pretend to bite while playing - they just cannot control the biting force sometimes. This comes from their nature, when dogs play, they pretend to bite one another.

Even more, even people pretend to bite when playing - especially when an adult plays with a baby - usually pretending to bark also.

To help your dog release some "steam", you should allow him to play in a large(er) area. That way, he uses the energy into running, instead into showing excessive happiness, or biting too hard when playing.

Sorry to tell you this, but it's not your dog's fault and he doesn't have 2 personalities. He's probably bored and didn't learn restraint. The good news is that you can do something against this behavior.

At one year old, he's pretty much an energetic teenager. He needs to burn all of this energy somehow and if you don't offer him a safe way to do so, he'll find all kinds of things to chew and people to bark at on his own. It seems he learned that in your house is not the right place to engage with others and he should be calm. As soon as he's outside, he finally finds some stimulation, people and dogs to engage in and leashes to pull on. He's finally allowed (at least he thinks he is) to run and jump and be chaotic and play with anyone. He's basically a child running out of the boring classroom where he has to sit calmly and seeing the playground right before him.

The biting your hand and the leash is a clear prompt to play, although a rather rough one. The jumping on people as well. He wants to engage anyone in play.

The barking at other dogs needs some interpreting. If his bark is very high pitched, like a mix between whining and barking, he wants to engage with these dogs and probably play with them. His body language might indicate the same if he does the play bow. If his barking sounds like when he's chasing away the post man (or whoever walks around), then he's actually insecure and warns those dogs not to do anything unexpected.

Give him outlets for his energy

You didn't indicate whether you play with him or do any obedience training with him at home. You absolutely need to start doing so to balance him out more. From your description I see 2 major ways to do so:

He seems to be a very social dog, wanting the attention of both dogs and humans. This means that obedience training (sit, stay, down) and learning all kinds of tricks is actually a great fun for him, because while doing so he has your undivided attention.

You need to train with him every day at least once for 5 minutes. Repeat all the commands in random order, even if he knows them by heart. Teach him new tricks like "turn around", "play dead" or "high five".

And train recall with him every day several times. Have a treat hidden in your hand. You must not lure him with the treat, it must stay hidden until he comes to you. Then call him at completely random times, always using the same command like "to me", make him sit in front of you and give him the treat. You need to train this several times a day at home to ingrain the behavior in his memory. That should allow you to call him back to you when you're on a walk and he jumps at people or is otherwise rude.

Play tug of war with him

He seems to enjoy tugging at the leash, but this is a behavior you'll want to discourage. So give him a save alternative instead. There are tug toys available that are comfortable to bite for a dog and safe to hold for humans. 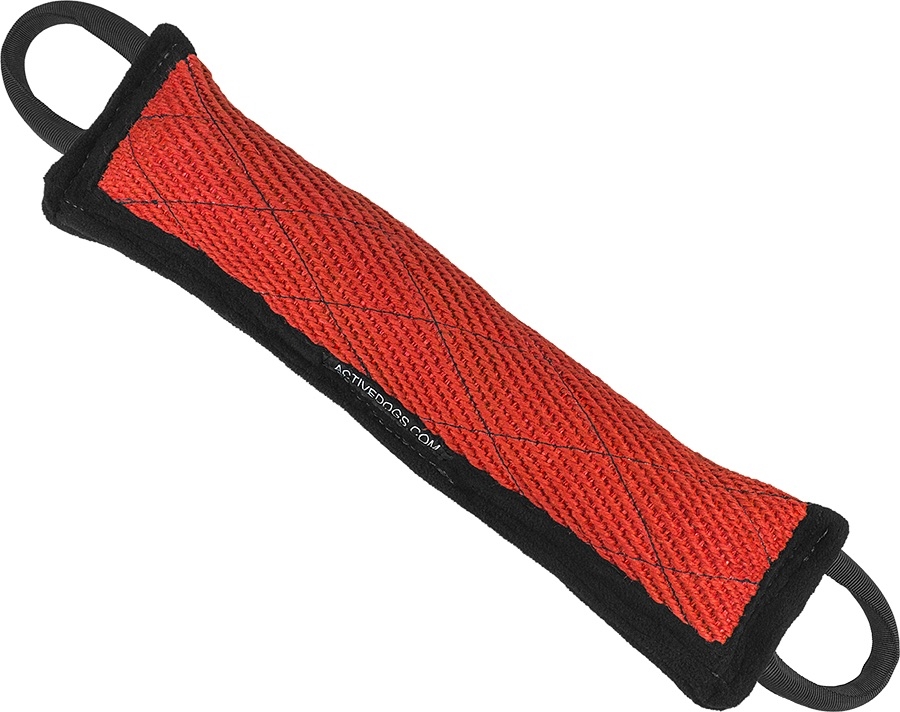 Please have a look at this answer which includes many information about how to use a tug toy safely and links some very good Youtube videos about the topic.

First play with the tug toy at home to give both of you a chance to learn how to play with it safely. Establish a new command for this game like "play tug". Then simply take the toy with you on your walks and when your dog is behaving badly, call "play tug" to distract him from the unwanted behavior.

From your description, it seems like your dog always gets what he wants eventually, and if he has to whine and tug you all of the way there, so be it. He is impulsive and has no self control, which is 100% natural. Dogs don't learn impulse control on their own, they must be taught by their owners.

The best way to teach impulse control is by training "stay". Start with very little steps and very short times. Make him sit down, step 2 steps back and if he's still sitting down, give him a treat. Then gradually (over the course of days and weeks) increase the distance to 3, 4 and more steps and make him wait longer. Only give him a treat if he stayed the full time. If he came to you too early, don't give him the treat but repeat the command with a shorter waiting time.

This teaches your dog that he'll get his reward even if he stays calm and waits patiently. If done regularly, it can enhance his overall behavior and character.

Please have a look at our collection of games and entertainments for dogs.

Not the answer you're looking for? Browse other questions tagged dogs behavior training psychology large-dogs or ask your own question.

8
Alternatives to walking a dog
2
How can I train my dog to release a tug toy safely?

21
How do I help my dog with major leash anxiety?
10
How can I keep my Labrador-mix entertained?
12
Trained dog to ring bell to go out, now he rings it all the time
3
How can I train my dog to fetch (or at least not bark for me to throw the ball)?
0
Dog gets crazy when he sees people he loves
3
How to stop my dog from barking at other male dogs?
2
Is my dog the aggressive one?
1
How do I teach my dog to "play nice" with smaller dogs?
1
Over-excited, barking dog and ways to exercise or calm him
1
How could I find out the breed of my dog?