Why are my Betta’s fins curled and maybe spotted?

I bought a Betta for my daughter that has quickly become my 5th child. We bought him from Petsmart, as I knew little about where else to go - especially with Covid19. He is in a 3.5 gallon (13 liters) tank with a filter that was advertised specifically for Betta fish. I conditioned the water and added a heater.

When we brought him home, his fins were curled up though they seem to be releasing a little more now but not fully. He seems to dart around a bit and then hid behind his filter though he will come out once and a while and be playful. Its been 5 days and I’m worried he might have issues with his fins and if there is something more I should be doing. His fins have a few black spots on them. I will get a water test kit tomorrow to ensure we have the levels right. Just wondering what you guys think. Any suggestions? 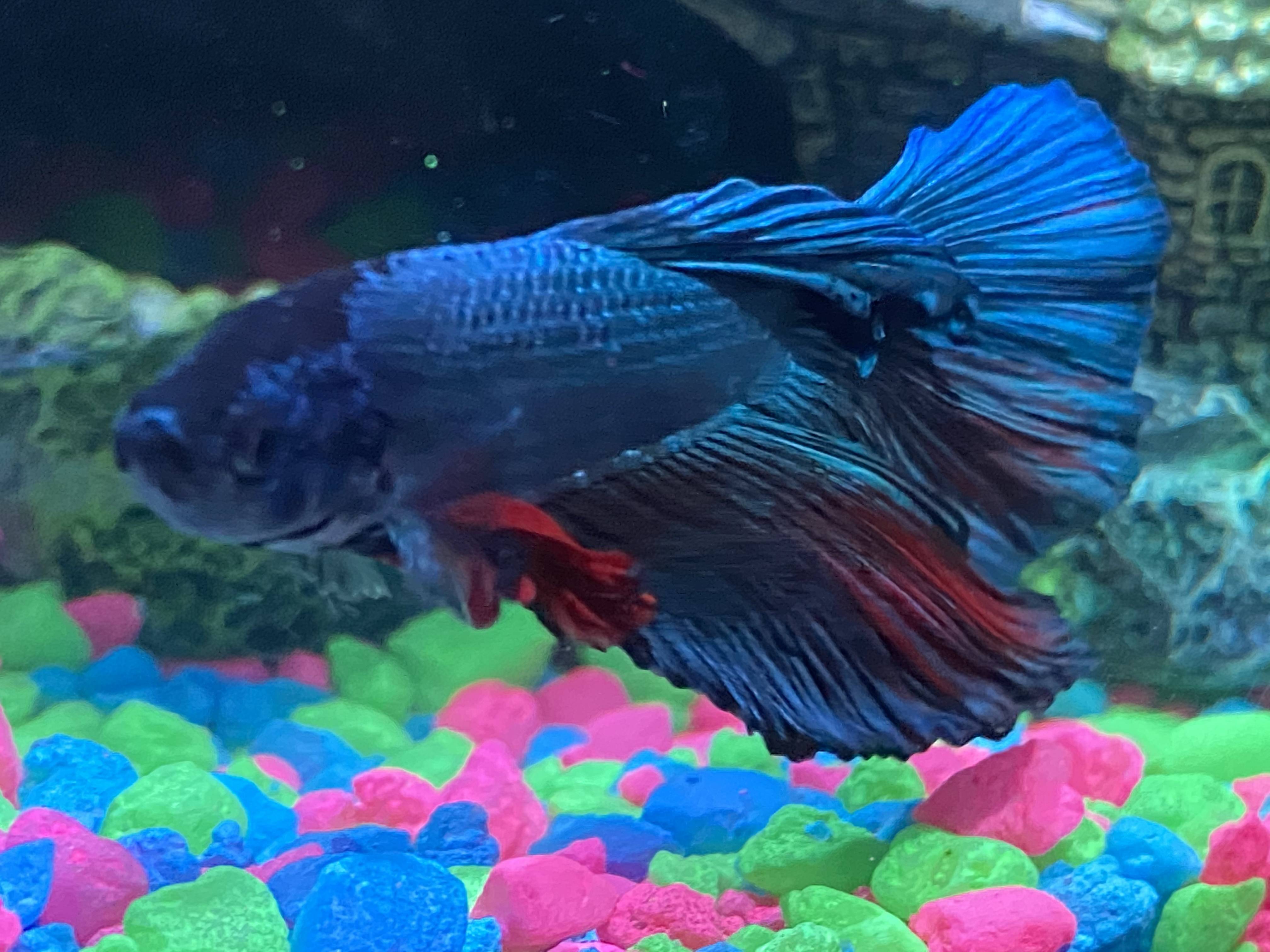 I see nothing wrong with the fins of your betta. There is that darker spot on its forehead that might indicate a problem, but even that is within normality.

If you notice a change of behavior, then you could go to the vet to have a look.

Not the answer you're looking for? Browse other questions tagged health aquarium fish betta or ask your own question.

4
Bettas with black dots on fins
3
Why did my betta’s fins grow back curly?

6
Betta fish fin tear or rot?
3
New GloFish are staying at top and sides of tank, not swimming around
3
Helping an old betta with fin holes
1
Betta fish has white growth on his back. What is it and how can I treat it?