Please help I found a strange sac on my cat's tail. What shall I do?

I noticed this sac on my cat's tail while petting him.

It doesn't cause pain, since I tried pressing on it and it didn't hurt him.

It appears to be fatty and it has a very thin red vein as shown in the pictures.

Please help. I don't know what it is and how to help him. And I am unable to visit the vet currently. 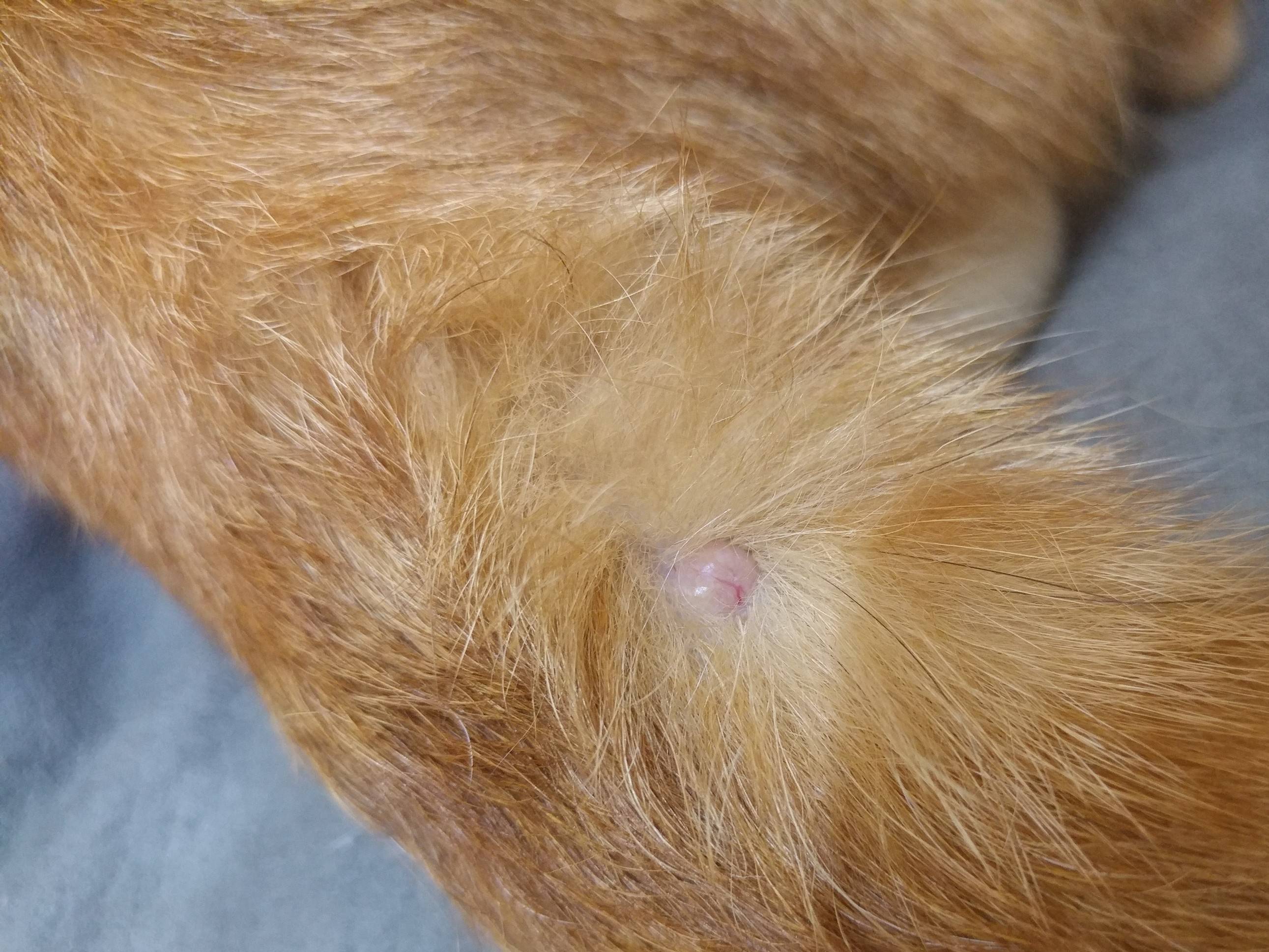 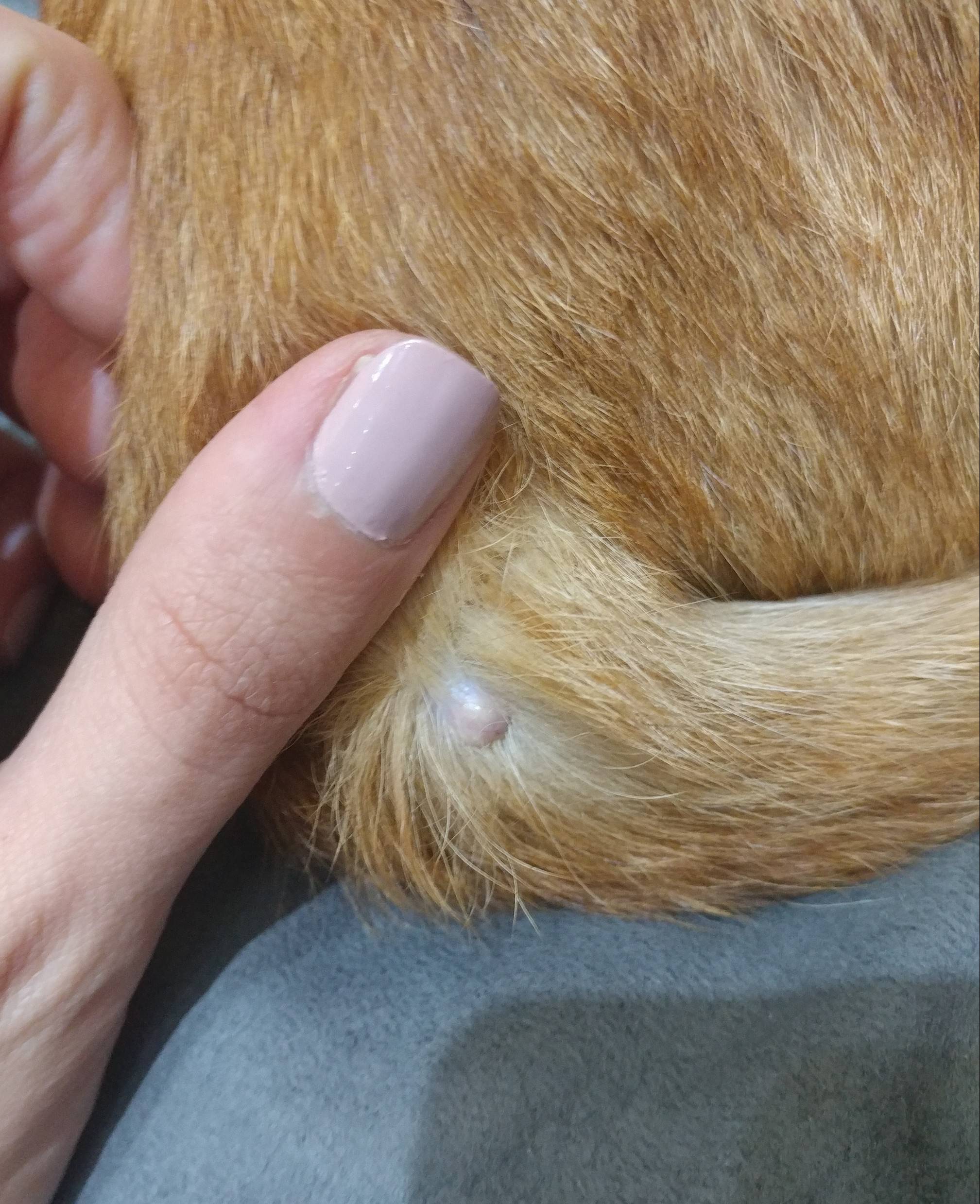 This answer is part of Pet's Spring Cleaning Campaign. This question is old, but this answer will still help people with the same problem.

There's a number of things this could be and I cannot say for sure which one is correct.

Skin tags are small benign tumors that form primarily in areas where the skin forms creases (or rubs together), such as the neck, armpit and groin. They may also occur on the face, usually on the eyelids. Though tags up to a 12.7 mm long have been seen,2 they are typically the size of a grain of rice. The surface of an acrochordon may be smooth or irregular in appearance and is often raised from the surface of the skin on a fleshy stalk called a peduncle.

Personal note: My dog has skin tags all over his body and I think they are very common, especially in older pets. You just don't notice them often because the fur hides them too well.

A cyst is is a closed sac, having a distinct envelope and division compared with the nearby tissue. Hence, it is a cluster of cells that has grouped together to form a sac (like the manner in which water molecules group together to form a bubble); however, the distinguishing aspect of a cyst is that the cells forming the "shell" of such a sac are distinctly abnormal (in both appearance and behaviour) when compared with all surrounding cells for that given location. A cyst may contain air, fluids, or semi-solid material.

It could also be an equivalent of a pimple, a clogged skin pore that's filled with sebum and dead skin cells.

Regardless of what exactly it is, you should simply keep an eye on it. If the cat acts as if it's not even there, you can probably ignore it, too. But please have a vet look at it if any of the following occurs:

Not the answer you're looking for? Browse other questions tagged cats health skin-condition or ask your own question.

8
What can I do for my Angora rabbit's leg sore?
3
What kinds of fences/toppers would deter cats from yard without harming a toddler?
4
Why is momma cat chewing kitten's fingers until it bleeds?
6
Strange dark scabbing near cat's nose
3
Cat's back twitching A LOT for over 4 hours now
8
Is there a way to treat milk fever at home?
2
My leopard gecko is bleeding under his skin!
1
Friendly stray cat attacking my shoes