What happened to my leopard gecko? Is aspen bedding good for him?

I can't believe this just happened to my 1-year-old gecko... he dropped half of his tail. 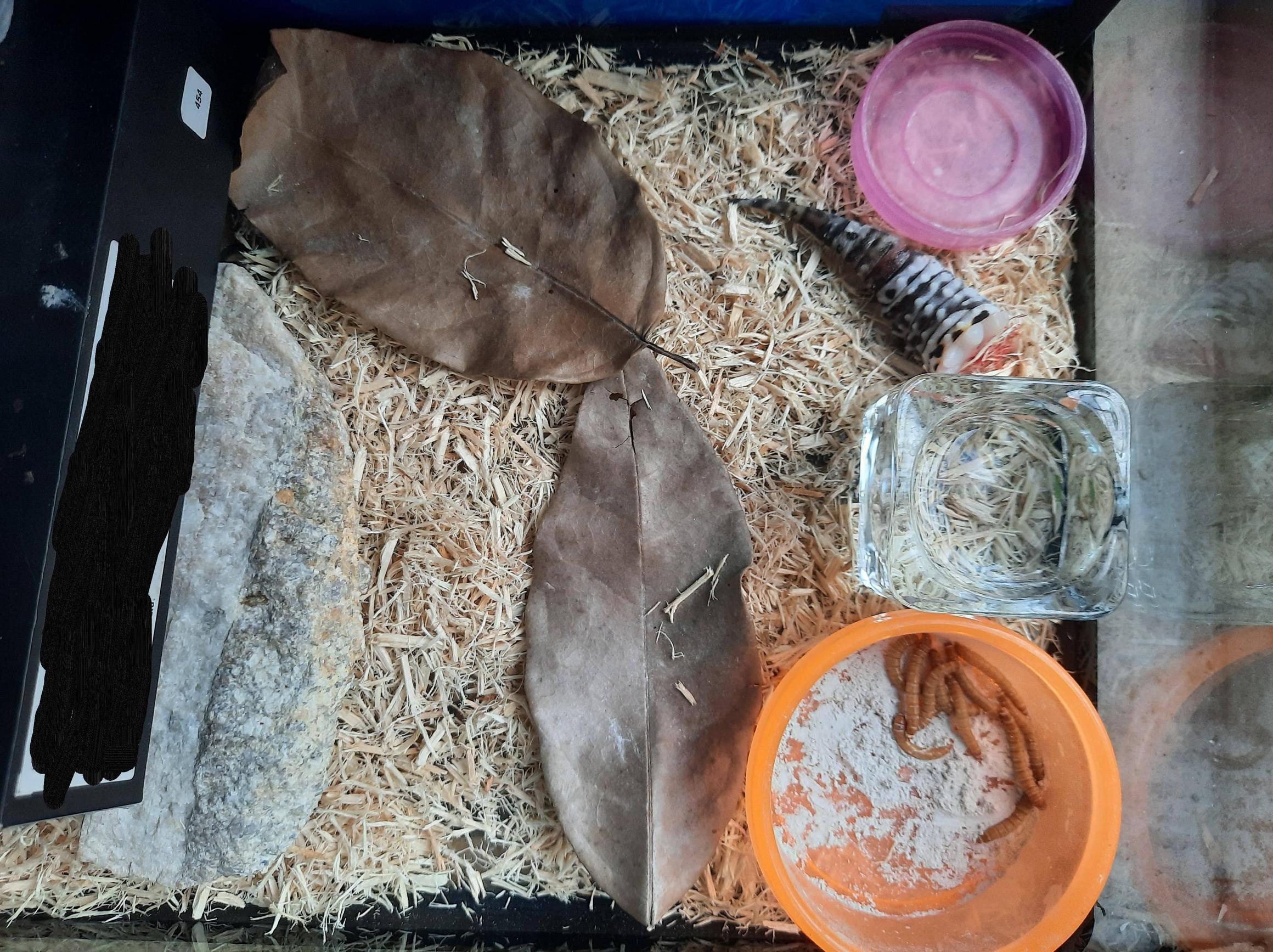 About more than a week ago, my brother accidentally stepped on his tail, I wasn't sure if he had been suffering a tail injury as he didn't drop his tail after that incident, just the part of tail that was stepped on got stiff and... maybe the morph faded a little? Just few hours ago he was shredding, and there was a house lizard got stuck inside the enclosure (just a detail I'd like to highlight, and it's NOT the first time). He was a little disturbed and I removed the lizard anyway. A while later I went on checking, he was biting his tail end. I then notice his tail end was badly shredded (first time having shred problem) and new injury, there was no open wound but I can see the redness. I have no idea how he got the injury, whether it was because of the bad shred or the stuck house lizard. Few hours later (now) and this happened. I want to figure out what is the cause of his tail drop.

He looks calm, nothing stuck in the wound and no bleeding. Should I bandage the wound? If I have to, how? Old substrate was cleaned up. Enclosure is clean, it was properly washed and disinfected few hours ago before he started shredding. I'm using aspen bedding for the substrate, is it okay for the open wound? Just for your information, his sleeping spot is empty and no bedding as he dislikes it and always sweeps it aside. So I don't worry about the substrate getting stuck in the wound, just wondering if this is okay. I'm going to discard the dropped tail... it broke my heart to see this.

There's a lot going on here. The causes could honestly be anything you listed. The individual incidents could also exacerbate the others - i.e. the tail being stood on could make the shed worse etc. Geckos effectively have to be in a life or death situation to drop the tail and therefore I feel the most likely scenario was the other lizard caused it - either by attacking or your gecko was just so stressed by its presence.

From now on, please ensure people are careful walking around your gecko and secure the enclosure to make sure nothing can get in.

Refer to this answer to another question regarding how to care for the gecko now it's dropped its tail.

8
My leopard gecko's tail fell off! What should I do?