Are my cats related?

I adopted my first cat (Venus) 3 years ago, she showed up at a family barbecue in my backyard asking for food and we just took her in, she was an adult already and the vet said that she was probably 2 or 3 years old. A year ago I adopted my second, we found Nala in a box behind a building in my school, she was about 2 months old.

I live at a 10 minute walking distance from my school so they were both found nearby and they are identical. Everyone thinks Nala is Venus' daughter when they meet them. That is not the case, but is there a chance they could be somewhat related based on their looks and were we found them?

This is Venus on the back and Nala on the front: 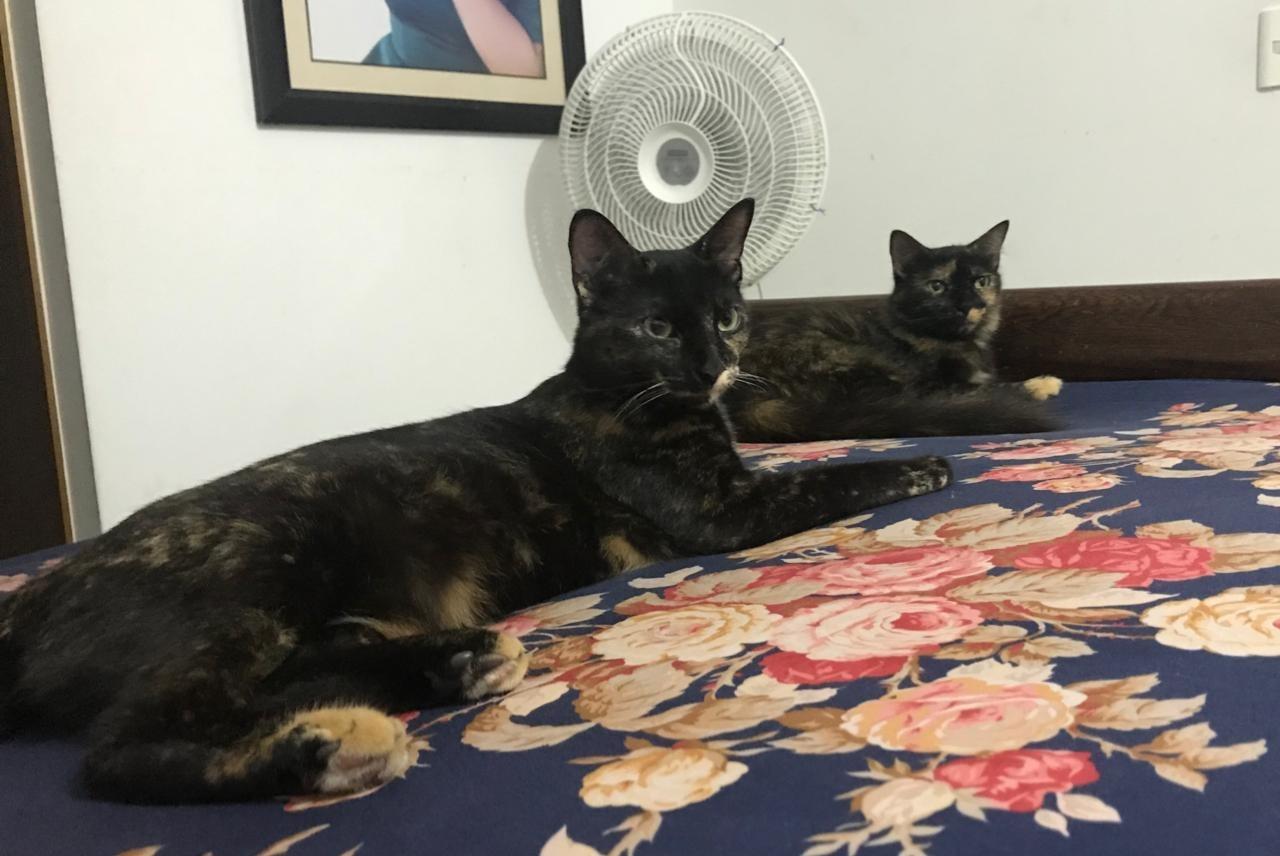 cats multi-pet-families strays
Share
Improve this question
edited May 21 '20 at 19:21

Browse other questions tagged cats multi-pet-families strays or ask your own question.

11
Possible sign of dog-to-dog aggression in a 3 dog household
10
Do cats recognize their family? Perhaps by scent?
3
19-year-old cat wails quite loudly
6
How to mitigate adopted stray's fear of other cat?
6
10 yo cat prone to cystitis (probably stress related)
4
Why Does My Kitty Howl/Yowl When Digging Under Bed Covers
1
Adult cat not getting along with new kitten
3
Former stray - LOVES pets, hates seeing hands
4
Introducing a deaf, almost completely blind elderly cat to our younger cats