Do some ornamental fish live 200 years?

According to this article Carp and Koi have a 40 - 50 year life span, and there are reports of some living 200+ years. Is it really possible for an ornamental fish to live 200 years? If so how could you possibly validate that age?

Most ornamental fish live only several years; however depending on the species can live for up to 30 according to this Lifespan of freshwater aquarium species.

For example, it appears that most Killifish species only live for a maximum of 5 years; whereas some Cypriniformes (which include carp, the common goldfish, and other minnow species) can live for 20-30 years, as shown below from the above-mentioned article: 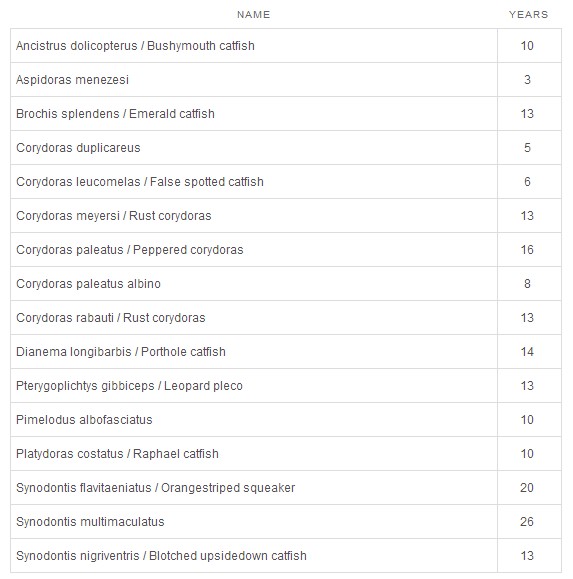 There are of course some cases where ornamental fish can live longer; for example, the Koi, as mentioned in the question, typically live for 40-50 years. In the case of the Koi named Hanako, lived 226 years and was found to be the longest living fish ever recorded.

At 226 years old, koi Hanako was the longest living fish ever recorded. Koi Hanako was a beautiful scarlet coloured female fish in Japan. Her name, Hanako, is translated “flower girl” in Japanese. Hanako died in July 7, 1977 at a grand old age of 226. Born in 1751, Hanako was born in the first year of Horeki, in the middle of the Tokugawa Era.

And, as also mentioned above, the exact age of fish can be determined by their otoliths (shown below); growth rings on scales are also a common ageing technique and it really depends on the characteristics of the species of fish you are trying to age. 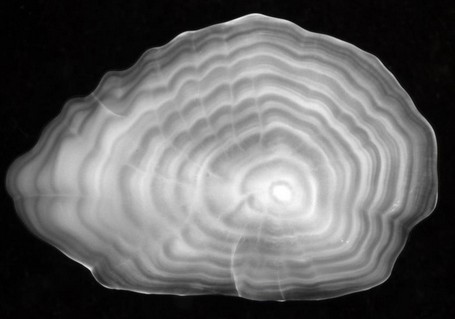 For the Koi Hanako, it appears that scale growth rings were used:

Hanako’s actual age was verified by analyzing the rings on her scales. Much like how dendrologists determine the age of trees by counting the number of rings of growth on wood, the rings of growth on the scale of Hanako was counted using a light microscope. The growth rings on the scale shows a pattern of wide growth followed by a narrower growth. The differences in the width of the rings reflect the seasonal change of summer and winter. During the summer, fish eat more and grow more resulting in a wider growth ring pattern. The narrower growth represents the slower metabolism during the cold icy weather.

The individual annual ring on the scale was painstakingly analyzed over a period of two months in Laboratory of Animal Science, Nagoya Women’s College by professor Masayoshi Hiro. Both Dr. Koshihara and Professor Hiro were delightfully surprised when Hanako was discovered to be 215 years old at the time. Following this discovery, the remaining five koi carp in the same pond was examined as well. After a yearlong analysis, the results showed that they were all over 100 years old as well.

Species is a huge indicator of how long the fish will live; however the care given by the owner or the environmental conditions can have an effect on the age of fish as well (Koi are said to live in pristine waters in their native Japan).

This type of Longevity is not just seen in ornamental fish; species such as the Lake Sturgeon (Acipenser fulvescens), native to the Great Lakes, can live to be over 150 years old.

Not the answer you're looking for? Browse other questions tagged fish lifespan or ask your own question.

8
Can cancer/growth surgery on fish be successful?

25
Are there health risks to leaving a dead fish in the aquarium?
8
Can cancer/growth surgery on fish be successful?
11
Why are my fish dying?
8
How long can a cat live?
10
Why did my established pond suddenly have a mass death event?
4
Why did my koi pond fish die?
2
Betta hitting walls of tank in 'panic episodes' - What is causing this?
2
Fungus blocking fish from eliminating
6
Help with Fishless Cycling with Live Plants
3
Aquarium - "full" ecosystem?