What is best escape proof harness / leash for a cat?

A cat lives in our house who is basically a full time indoor cat as that is the safest way to keep a cat. Problem is that this cat really really wants to go outside and really does well with short 100% supervised outdoor romps of 15 to 30 minutes duration.

With the safety of the cat always in mind a leash harness was obtained and used on the cat when outdoors. The problem seems to be that cats are such lithe and flexible creatures that they can invariably squirm out of the harness in the blink of the eye. This is the typical cat type harness very similar to what we have tried. 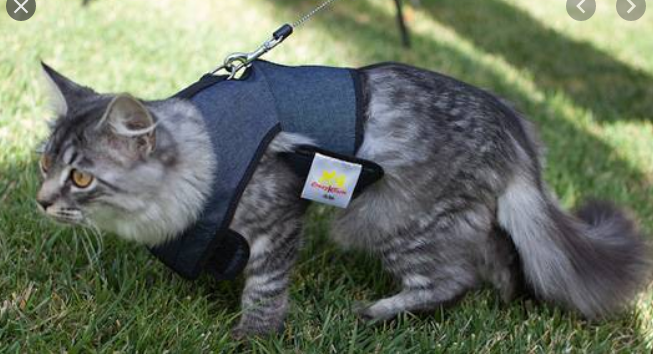 So the question posed here is what type of leash / harness is really effective at keeping the cat from escaping?

No harness on a cat will truly be escape proof, but I have personally found two solutions that help reduce the escape risk substantially, in addition to other considerations offered in other answers

First, you need to make sure the harness is correctly fitted. It must be snug around the chest, and positioned behind and under their elbows, not over them. If you fasten over the elbows, the harness isn't snug enough, and becomes much easier to slip than when it's snugged up around only the chest. Avoid over-tightening the part around the neck; their throats are delicate, and the chest portion is what keeps them restrained.

Second, consider using multiple styles of harness. A previous cat of mine would go out regularly on a leash, and over time would get better and better at figuring out the harness until he was able to slip it fairly quickly. As he'd start to figure one out, I'd swap him to a different style, forcing him to start learning how to get out of it again. Don't continually rotate them, or your cat might figure them all out at once; wait until the cat is starting to work it out, then switch.

I have been using an H-style cat harness with no regrets on my young energetic neutered male (age nine months when I got him) for six months. The H-style harness is two loops, one around the neck and one around the waist--I would say under the armpits. Width: 1 centimetre or 3/8th inch. I read that the loop under the armpits, which I will call the body loop, should be so snug that you can barely get one finger underneath. The loop around the neck seems not to matter if it is a bit loose. Both loops can be adjusted for size.

The two loops are connected on the back with a strap, the cross-bar of the H. On my harness, that strap is not adjustable. Thus, as my cat grows longer, I have had to adjust the neck loop, making it larger and larger. It is now larger enough that I can slip it over his head before I buckle the body loop. When the body loop (that goes under his arm-pits) is buckled, his head cannot slip out because the back-strap is much too short. The back-strap is reinforced and holds the two loops closely together. It even pulls the body loop toward the head, making it impossible for him to slip out.

At least, I don't think he can. I've been told (by a person with no experience) that he could but so far he hasn't. I've seen him hanging from a tree because he tried jumping and was too far from the ground. Not something I want to ever see again but surely he would have slipped out then if it were possible. And there have been other times that I am sure he would have slipped out if he could. Or maybe it's because he was trained from so young an age that he can't.

However, I think having such a narrow band harness passed snugly under his armpits and over his back makes it seriously difficult to slip out. Besides, the neck loop holds it in place and the leash attaches to a ring on top of the body loop. I think it's back a bit farther on his shoulders than the one in your photo. That, too, should make it more difficult to slip out because when you pull on the leash his weight rests on the body loop behind his elbows. He can't get out so long as his elbows are outside the body loop.

My cat's lifestyle is very similar to yours and I feel it was definitely worth what I paid for it. I recommend it. It appears comfortable, too.

There's one thing that is not so pleasing esthetically. Now that he's grown so big, and the neck loop is so large, the back-strap often slides to the side. This causes no problem at all that I have found but it looks odd. The other thing that has happened once or twice was the snap coming loose from the ring. I don't know how that happened, maybe I twisted it the wrong way so now I try really hard to be careful about that, especially when he climbs trees. It's a swivel snap and I've had that happen a few times on my dog's harness, too. I suppose it's one of the risks of taking pets outside on a harness.

NOTE: The H-style harness should not be confused with harnesses that are very similar but have two straps connecting the neck and body loops. On some of these harnesses, the connecting strap(s) is/are adjustable. I cannot speak for these other designs. There must be important differences when it comes to restraining cats.

PS See Allison C's comment below regarding other styles with two loops. She says they are all "fairly secure."

Nothing is escape proof, the first consideration is the safety of the pet. Pick a harness that will not harm them.

I go into a lot of detail about having rabbits out on a harness in How to leash train a rabbit? cats and rabbits have a lot in common when it comes to leash training. See that post for details.

The two key points that apply to your situation:

It looks to me like the one in your picture is one of the best there is on the market right now.

Things to look for in a good harness are: double locking mechanisms, so if one fails the harness will still be secure; the harness must be comfortable for your cat to wear and not restrict the cats movement.

The harness in your picture has Velcro and plastic click on fasteners; they are good, but in my opinion not perfect - it had been better with a metal locking mechanism.

As a side note, after looking on the net there really is a lot of bad products out there; it is mostly the locking mechanism that is bad and many have way too narrow straps that might actually injure your pet: be it a cat, dog or rabbit.

Not the answer you're looking for? Browse other questions tagged cats safety exercise leashes or ask your own question.

15
How to leash train a rabbit?

22
What level of output laser pointer is safe for a cat?
13
Is overhead cable running leash suitable for all dogs?
9
Best way to introduce a leash-reactive dog?
6
Chew proof rope for cats
8
My cat stops functioning when I put a harness on him. How can I get him more comfortable in it so that I can take him outside?
2
Leashed Cat on Windowsill above fire escape
4
Introducing harness/leash training to cats in a new space
2
What temperature would be best for my Labrador dog?
4
What are some of the best materials that can be used to safely bite-proof the squeakers in fabric dog toys?