Puppy's one eye is red in certain light 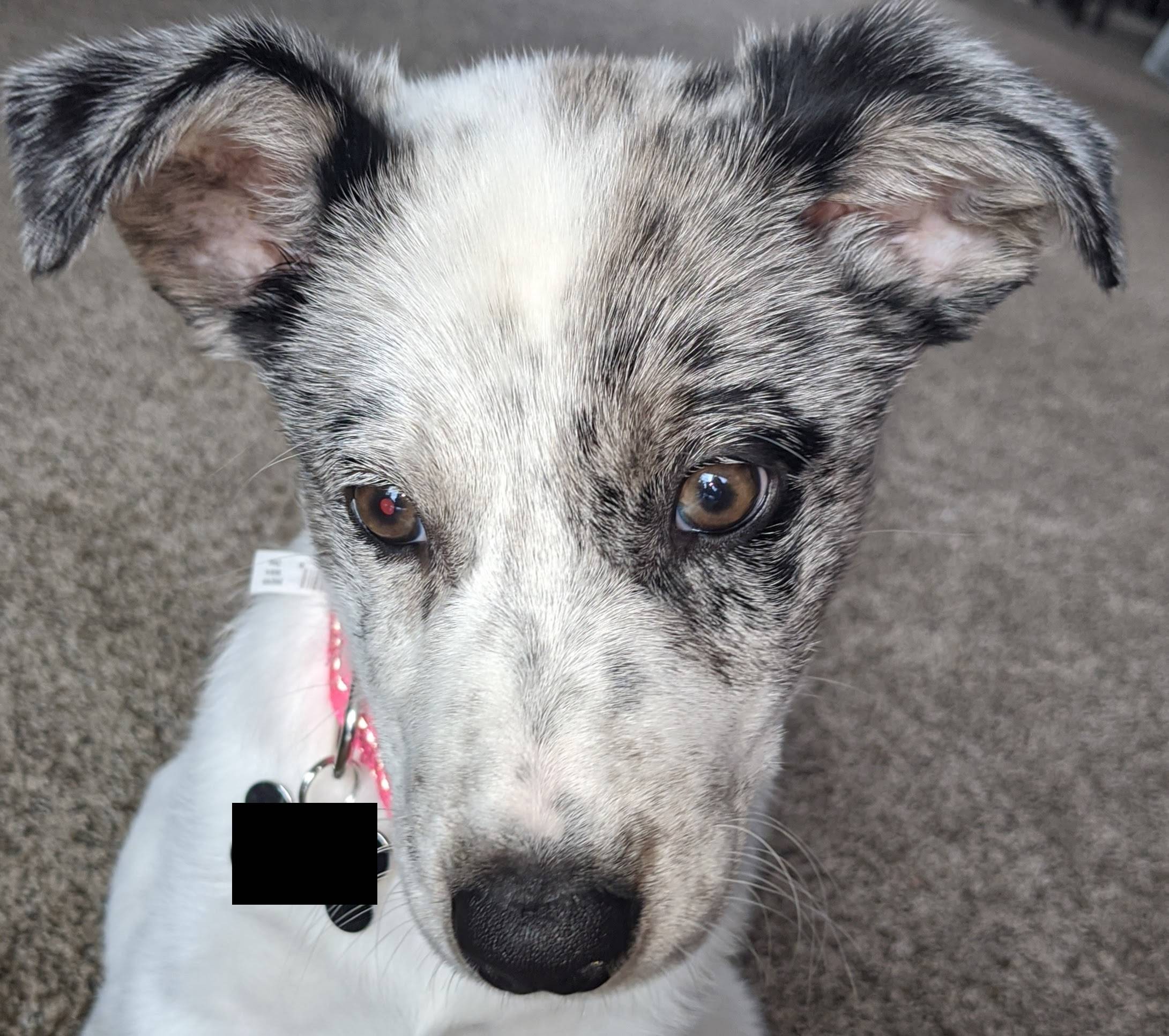 I have a two months old puppy and she's adorable. I've never had a puppy before and I'm learning as I go, but I'm constantly terrified that she's going to get sick or hurt or something.

I noticed that one eye, in certain light, glows red, but the other eye does not. Is this ok? Do I need to take her to the emergency vet?

She also has one ear that is up and one that is usually down and kindof back. Is this ok?

I just want to make sure she's completely safe and healthy! Any guidance would be appreciated!

then it is nothing to worry. It is like the "red eyes in photos" problem of earlier photography.

The eyes have a reflective skin inside them. It is there to support the ability to see "in the dark" ( it increases the small amount of light getting in the eye).

If it is something other than the picture shows, you should describe the difference.

In case of doubt you should everytime call or visit a vet!

Dogs have a reflective layer in their eyes known as the tapetum lucidum. This layer is reflective, and helps with night vision by reflecting light back into the retina, and thereby increasing the available light. Normally, if you take a photo of a dog eye straight on while using a flash, the pupil will appear yellowish or greenish due to the reflection from the tapetum lucidum, although it may also appear other colors in the photo as well due to various conditions. However, if the dog's eye consistently appears red in photos, it is possible it lacks the tapetum lucidum in that eye.

As discussed on the Dogington Post, lacking a tapetum lucidum isn't necessarily concerning. The dog will presumably otherwise have a normal life, with poorer vision in low light conditions than other dogs. It may also be possible the dog only lacks the tapetum lucidum in the one eye, or by natural variation the eyes aren't entirely symmetrical in the face, resulting in only the one eye showing eye shine at a time.

What you should be on the lookout for is if the eye shine in the eyes, in the case they are both shining the approximate same color, are still consistently distinctly different, which could be an indication of a problem with the retina of one of eyes, or if the different eye shine is being caused by differently sized pupils, which is also a possible sign of medical problems.

In conclusion, it most likely isn't something you need to schedule a vet appointment for, but it would be good to ask about it in your next visit.

6
Is it normal for dogs to have slightly congested breathing?
6
Does the "cancer smell" in my dogs tumor indicate probable outcomes?
3
What to do with an abandoned puppy
4
How to punish an aggressive misbehaving puppy?
4
Puppy Won't Stop Howling When 10 Feet Away
4
Is it healthy for newborn puppies to live on direct land?
2
How do I teach my dog that certain behaviours are off limits when I can't enforce it?
1
How to Limit Puppy's Water Intake?
1
Eye drops for dog's irritated eye