What is wrong with my snake? Skin problem? Burn?

Yesterday my snake was absolutely fine. This morning I went to pick her up for some handling and I noticed a weird mark on her skin, as I looked closer it appears there's a small amount of blood and the scales look a little weird. I think it's a burn, however, comparing it to images on Google it doesn't quite look the same.

Her heat lamp has a cage around it and the basking space stays at about 90 °F (32 °C) in the day time and at night I turn it down to 75 °F (24 °C). She never normally goes anywhere near (I mean as in climbing it or touching it, she still basks) the heat lamp and I haven't seen her around it the last couple of days. I touched after finding it and its not burning hot.

The only thing that is hotter than that is the UVB bulb. However, that is very high up and I can't see how her side would touch it. I know this is probably possible though, snakes slither everywhere! It's not burning hot like I can touch it but it is slightly hotter then 90 °F (32 °C) I think. Her heat lamps on a thermostat.

She is a 7-year-old corn snake, I got her 6 weeks ago. As Britain is now in effect in lockdown, I may not be able to take her to the vets and I don't want her to be in pain. It doesn't look too bad but I don't know what's behind the surface.

Any help would be greatly appreciated. I will also attach a picture.

UPDATE: I e-mailed the vets and it is a superficial burn. 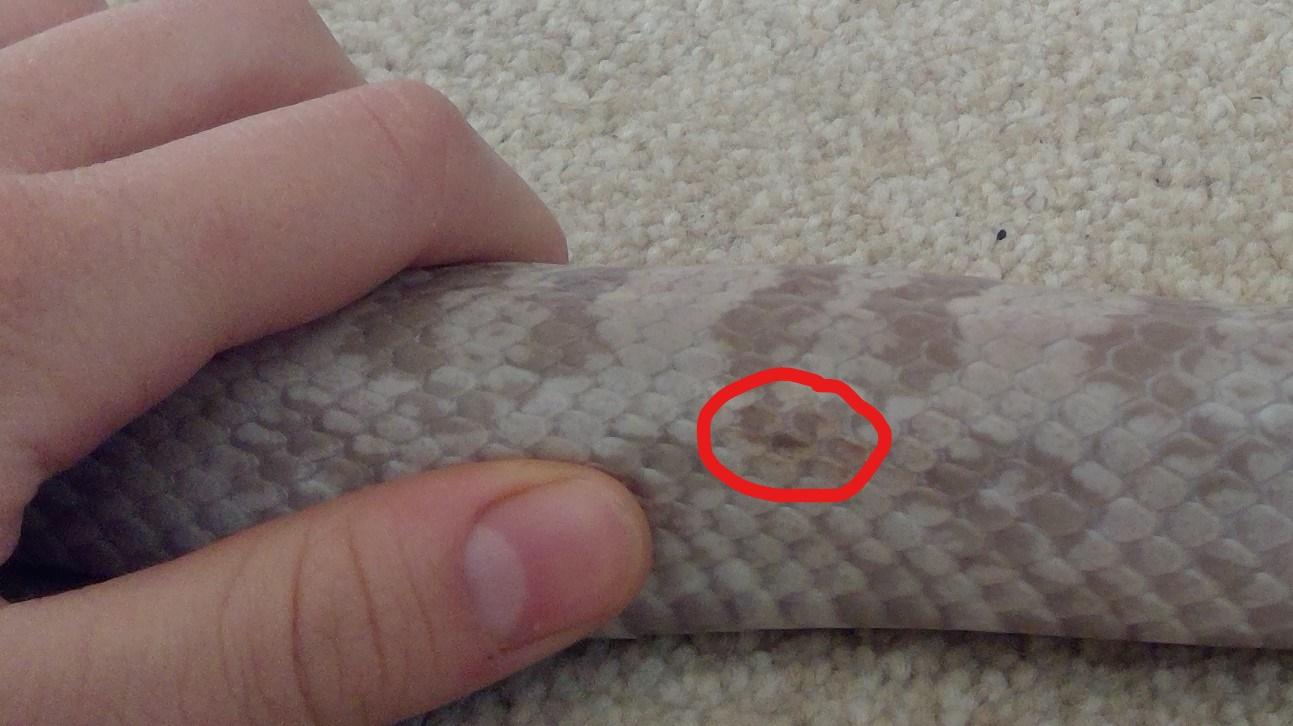 reptiles snakes temperature
share | improve this question | |
edited May 16 at 18:59

It turns out this is a superficial burn. Treatment is not needed so fingers crossed it will recover well.

Not the answer you're looking for? Browse other questions tagged reptiles snakes temperature or ask your own question.

14
Snake not interested in food
11
What alternative foods can I try feeding my snake?
4
Why are my snake's belly scales turning yellow?
6
Water conditioner for a snake
4
Snake refusing food after escaping
7
Adopting (rescuing) a pair of Big pet store Leopard Geckos that were raised by uninformed - Help
4
My snake has started shedding, but seems unwilling/unable to finish
9
What are snake morphs?
3
Leopard gecko's odd behavior
4
Snake died suddenly. I have no idea what happened