What morph is my leopard gecko?

Does this photo help decide what morph she is? I have looked up multiple morphs but I can't tell. Could you guys help? It would mean a lot. 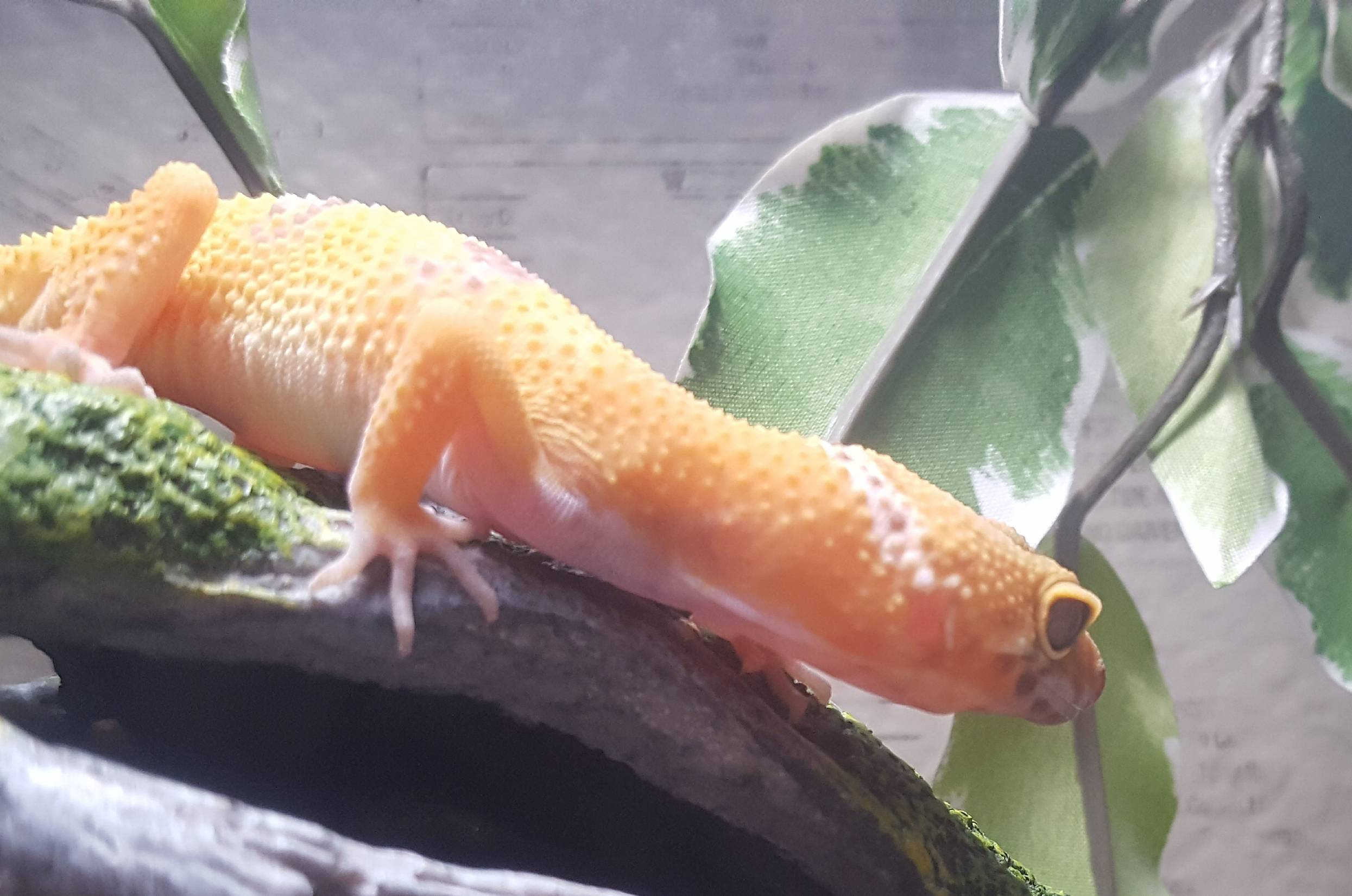 reptiles leopard-geckos geckos
Share
Improve this question
edited May 3 '20 at 11:51

I am not an expert and it would also be easier if I had a second, from-above photo of this specimen. But for me it looks like the morph is a mixture of Super Hypomelanistic and Albino, commonly abbreviated as Hybino. I will tell you how my thought process looked like, in hope that it may help someone or make it easier to spot my mistakes if I made any in my reasoning.

I think it would be a match because your gecko doesn't have a single visible dark spot on it's body - and the rule is that one examines and counts how many dark spots are there on geckos body, but not counting these on head or tail, and:

And the only dark spots I could see on the provided photograph are around gecko's mouth, maybe also on the left eyebump because I can see somewhat darker tone there, but it's hard to tell from that angle. And they are all on the head either way so it turns out it would be Super Hypomelanistic morph.

I have also guessed the Striped morph at first, but it turned out that as far as I understand Striped morphs are defined by their stripes running along the length of the gecko, whereas the photo you've provided features these barely visible white stripes running perpendicular to that direction, thus they are not stripes but bands instead.

and also some photos on Google Images. Majority of Hybino morph specimens I've found are visually closely resembling your gecko and also have that lovely lemon tint to them.

Not the answer you're looking for? Browse other questions tagged reptiles leopard-geckos geckos or ask your own question.