I have a Labrador retriever that is two and a half years old. He has some odd aggression when he is put in his crate.

90%-95% of the time, he goes in his crate with no abnormalities. He even goes on the command "In your crate".

Every now and then, about 5%-10% of the time, when we put him in his crate, he becomes slightly aggressive. Specifically barking at us and chewing on the crate. He seems to also trigger into this aggressive mode if we drop something (a sock, phone, keys, etc..) near his crate and have to pick it up. Also rubbing the carpet near the crate seems to agitate him into this mode.(Cleaning up the carpet if he has been muddy, etc..)

Is there anything that we could be doing to put him into this mode?

Some other information about him that may be helpful.

Barking is not always a sign of aggression. First and foremost it's a communication tool.

To understand what your dog is trying to communicate in those "abnormal" instances, you need to interpret the vocal clues and body language.

A dog's barking is almost comparable to a human's shouting.

The face of a dog tells a lot about whether the bark is agressive or not. Have a look at these examples. Can you tell which dog is agressive? 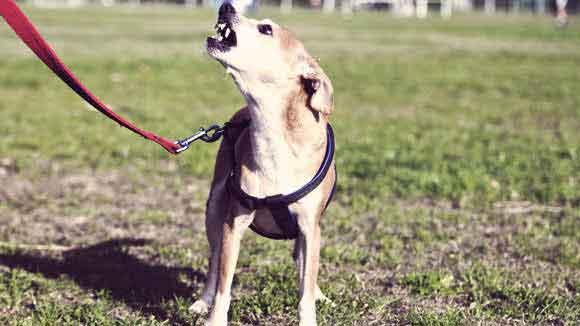 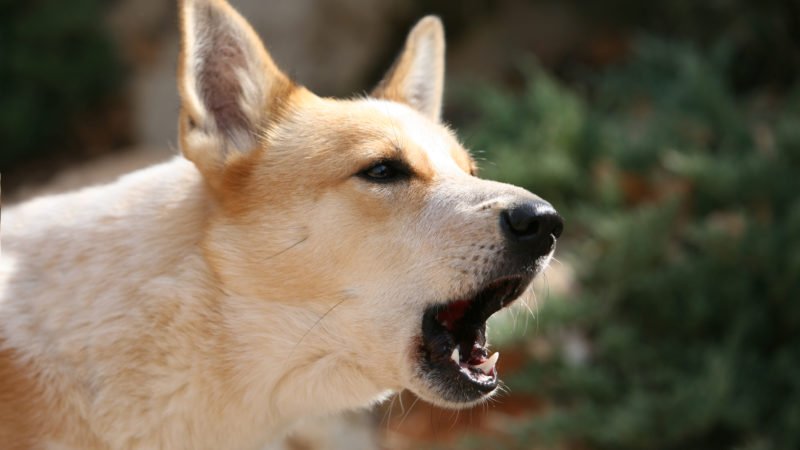 The body language of the dog in the first image is aggressive.

In the second picture the body language is not aggressive.

Most of what you describe indicates that your dog barks for attention.

Chewing at the crate most likely means that he doesn't want to be in the crate. He wants to interact with people or play and is frustrated at being sent into the crate.

Same thing when you drop an object near his crate. Falling / moving things are always interesting and he probably wants to at least sniff it, maybe even play with it. But he cannot reach it through the crate and barks either because he's frustrated or to prompt you to give it to him.

Cleaning the carpet can trigger a playful bark (because of the movement) or an insecure bark (our dog always barks at the vacuum, but it's not agressive and he wouldn't attack it).

What you should do

Analyze the body language of your dog. If he's actually agressive, you should do regular obedience trainings with him to assert your dominance over him. Under no circumstances should you cause him pain as punishment, because then he might learn to strike first before you can hurt him.

If his barking is not an expression of aggression (which is much more probable), you can choose to give him a toy like a Kong or food dispenser ball or a chewing stick to entertain him. Not every single time, but for example if you put him in the crate while having guests. This is like a consolence: you cannot play with our guests, but have a treat / toy instead.

Not the answer you're looking for? Browse other questions tagged dogs aggression crate or ask your own question.