Are there smell-sealing treat bags that I could inconspicuously carry with me?

I'd like to have some treats with me at all times so that I can reward him for obeying when it's not 'training time'. I'm rewarding him other ways as well, but I'd like to do it with treats also.

Is there a bag that he won't be able to smell the food in, that I can remove treats from relatively easily, and that I can keep in my pocket (or otherwise concealed)?

There's a company called LokSak that makes odor-proof bags called "OpSaks" which are often used for food storage when in the wilderness (to keep the bears at bay).

They might work for storing dog treats as well. They come in various sizes.

Trying to hide the treats?

The olfactory capabilities of dogs are tens of thousands times more developed than ours. That means that even if you find a treat bag and that the dog can't smell the treats, as soon as you open it the dog will smell the treats. Then your fingers will smell, your clothes will smell (I know that my usual outdoor jacket smells like a hot dog stand to my dog). Think about drug detection dogs, avalanche dogs, etc. Whatever you do, it's dog 1 - human 0.

Last point: imagine the dog doesn't notice that you have treats, as soon as you give him one, he will know.

Rewarding vs. luring: no need to hide the treats

Good news is: you don't need to hide the treats. Your approach of training is based on treats, so that's a good start, and you mention that you want to reward good behaviour, that's very good. But treats can be used in two ways: as a reward or as a "lure".

The modern approach of dog training is based on positive reinforcement, operant conditioning, and the use of a marker. You reward good behaviours, letting the dog figure out what is a good behaviour. You show him the behaviour the first few times, then the dog has to think for himself and has to offer the behaviour on his own. Then he is rewarded. That's very different from simply "luring" the dog with a treat. In positive reinforcement training / clicker training luring is used only for the first few repetitions of the behaviour. It is this key point that is often forgotten and it leads to the belief that the dog will only work when the treats are present.

Reading your question, it seems that you understand that. See the references below if you'd like to get more details on the "theory".

An additional aspect is the use of a marker. It can be verbal or "mechanical" (clicker, whistle, etc.). The marker is classically conditioned to a reward ("click == treat"). It mainly allows to mark the moment in time for which you want to reward the dog. See the references below for more details.

Conclusion: a dog who's properly trained using positive reinforcement and markers becomes operant, ie. active: the dog understand that he can make you reward him ("he's training you"). That's the opposite of a dog trained with old coercive methods or improperly with treats (basic luring). In that case the dog is reactive: he just reacts to his environment: "sniff sniff... OK these are treats let's follow them". The active dog thinks like "the leash is tense, if I turn back that guy will reward me". In the first example you're totally absent, in the second one you're "that guy".

The marker makes that different even bigger: the active dog works for the "click" (or "yes", whatever marker you use). Of course he knows that the treat (or another type of reward) follows, but that's not the point. In that sense the marker is a communication device: you guide the dog to what you want in a simple understandable language (good behaviours). So the click becomes a reward in itself. Of course, as the click is the main teaching device (for totally new behaviours) we want to always give a primary reinforcer (food, social interaction, toy, etc.) after a click (which is a secondary reinforcer). But in general, everything that as been reinforced can serve as a reward. The dog lies down? "Release" is a reward. The dog sits? Down is a reward because it has been reinforced. I don't want to go in more details in this answer, but that's the basic of behaviours chain. The best example is agility: the tunnel rewards the weave, the jump rewards the tunnel and the primary reinforcer (usually a tug toy or his favourite toy, or simply food during regular training) appear only at the end.

So I hope that all this will make you more confident when someone will tell you that "you're just a treat bag to your dog".

Possibly something like a Ziploc bag would work. But like Cedric said, dogs' senses of smell are much greater than ours.

There are treat pouches used for training that you can take with you. I doubt that they keep the dog from smelling the treats, but they at least make it possible to carry them around with you without them crumbling in your pockets. Perhaps if you keep the treats in a Ziploc bag inside of the pouch, it will seal the smell a little bit better.

Something like this can be nice when you're out walking: 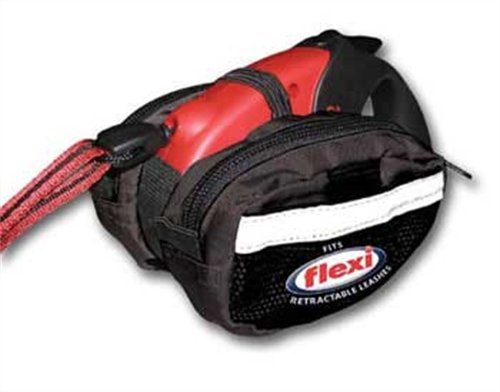 Otherwise there are fanny-pack style pouches that you put on your belt: 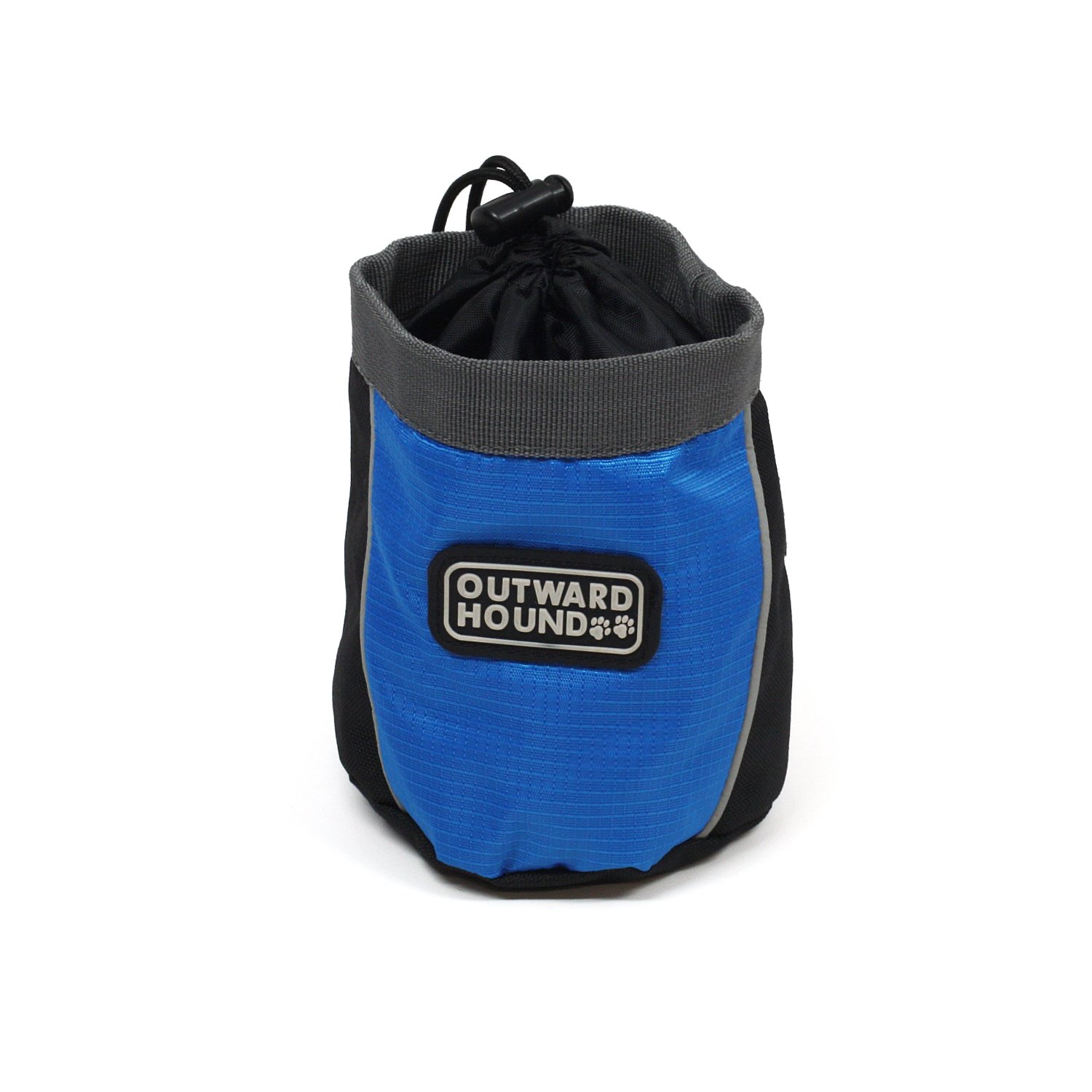 Not the answer you're looking for? Browse other questions tagged dogs training treats or ask your own question.

14
What are healthy treats for a house rabbit?
8
How can I reward my cat besides using edible treats?
8
Should I give my dog more time to mark trees so he urinates enough?
7
Preparing a dog to stay alone without crating
4
Asserting more discipline in training
2
Is it important to keep a strict feeding schedule for dogs?
3
Dog house training in apartment after 2nd vaccination
8
Dog running away with toy
4
Malamute puppy - aggressive resource guarding
6
Temporarily Adopting a Problem Dog