How can I get my cat to stop pushing his food off the counter?

My cat pushes the cat feeder over the counter from time to time. I have a German Shepherd that's 8 months old who would try to eat my cats' food so we moved the feeder to a counter/shelf in a hallway where they can jump up to and where my dog can't reach or jump up to.

My older cat keeps pushing the food off the counter. He isn't mad and he's super loving towards us. The younger one leaves it alone and eats normally.

Is there a way to encourage the older cat to stop this or just to secure the bowl? 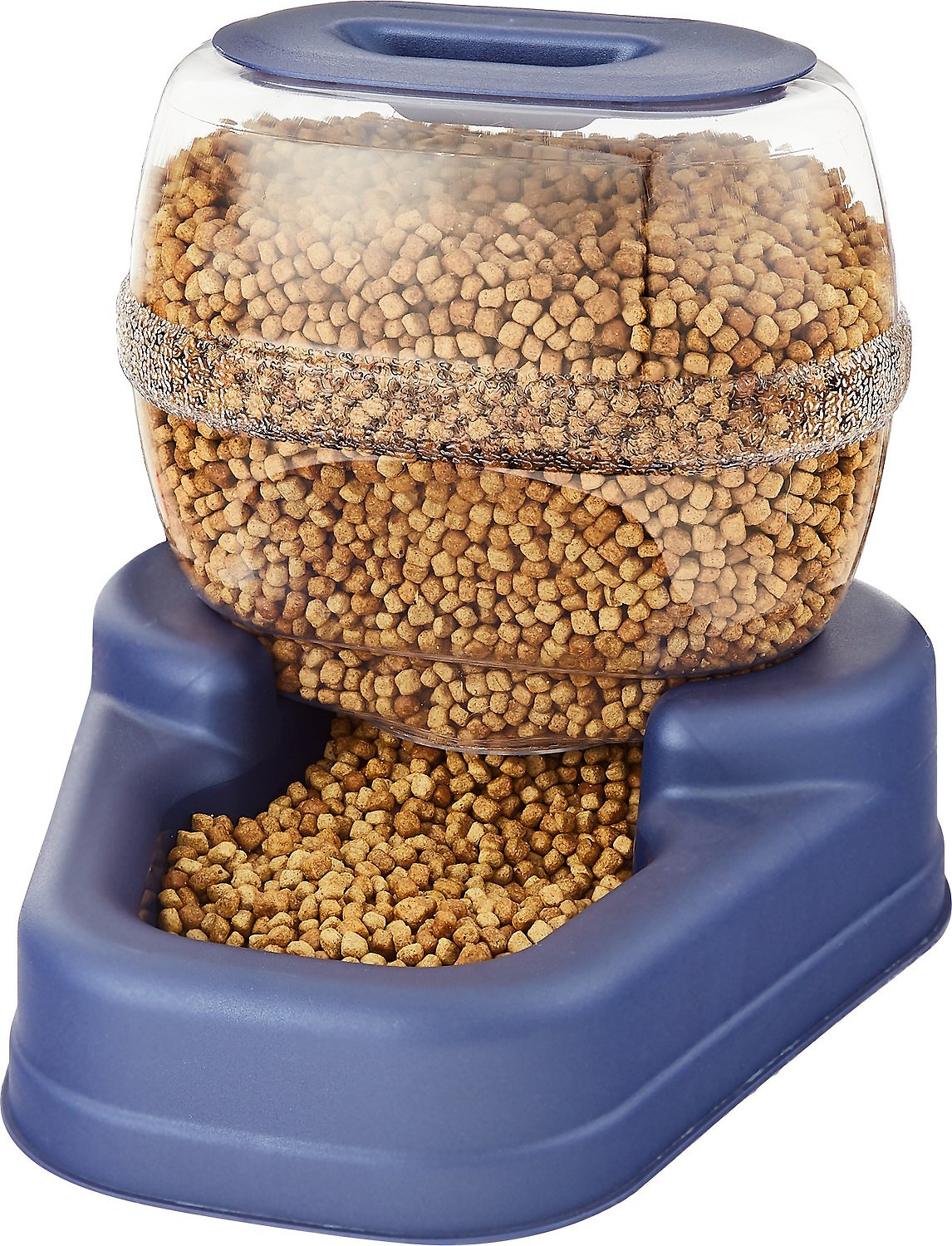 The reason for this kind of behavior is not always a negative emotion. Rather, he might think it as a play trick, or a way to seek attention. You could try scolding him, or taking away the bowl and giving it back a little later.

Although in my opinion, it's always easier to deal with the non-living things rather than the living ones. Try pasting Velcro or some other kind of adhesive to make the bowl secure. If possible, use a heavier bowl that would not trip over, or add some weight in the bowl with the food. The cat would try to push it down a few times, but once he realizes that he's continuously failing, he'd soon give up and forget about it.

Not the answer you're looking for? Browse other questions tagged cats behavior feeding or ask your own question.

6
How do I stop my Yorkie from guarding his food?
4
Does “redirect instead of correct” really work for cats
3
Cat Ditches Own Bowl and Goes to Other Cat's
6
How can I get my cat to stop chewing the whiskers off his sibling?
1
How soon can abandoned kittens be weaned off the bottle?
2
What to do about our two male cats?
7
My cat is terrified ALL THE TIME. How do I fix this?
2
I am sick of my cat's stealing habit!