Is there a toy that my dog can't destroy?

I have a staffordshire terrier, essentially a small pitbull, who has destroyed every toy I've given her. She tends to swallow things (chunks of rubber, plastic etc.) so I have to take away toys she starts to damage.

Is there a toy that she won't be able to destroy?

Just to give you an idea, her absolute favorite toy is the giant, hard plastic Jolly Egg (soda can for scale): 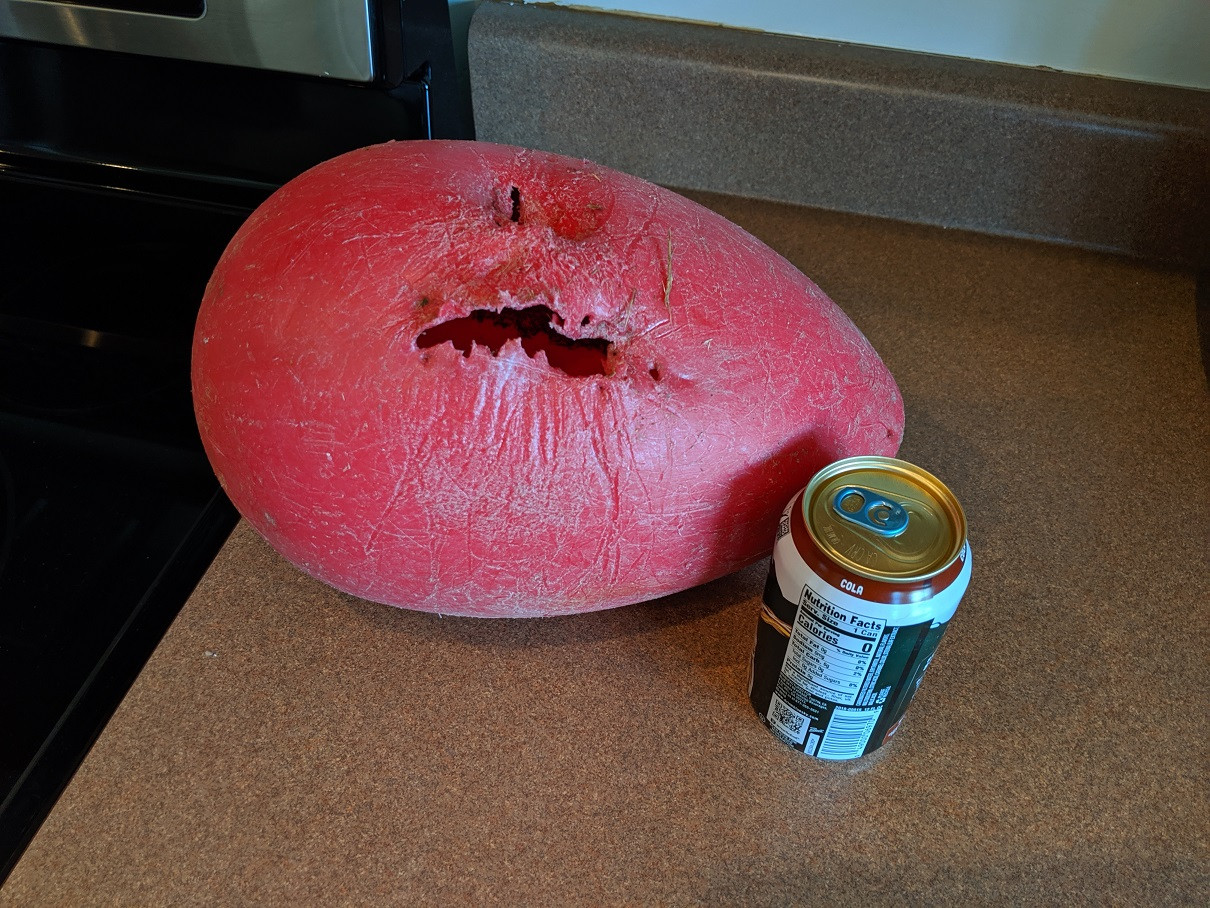 but you can see where she was able to get her teeth into and she came inside with blood dripping from her mouth, so I had to throw it away.

I would use a brand called Aussie Dog! The guy that started it (if i remember correctly) was making toys for lions and polar bears in the zoo. He got frustrated that he couldn't buy toys his staffy wouldn't destroy so started making the toys smaller. They are designed to be super tough, especially the one they call the 'Staffy Ball.' Here is a link (https://aussiedog.com.au/). I'm not sure if they're available where you're located (I'm in Australia) but they are worth the money for sure!

My dog used to be an extremely aggressive chewer before she became elderly. Our saving grace was a company called Nylabone. They make hard plastic chewing toys in a variety of sizes and shapes. We still had to check the toys frequently for dangerous, sharp bits that she had created, and we would throw them away after they became too small, but one bone would last her at least 5 months of near-daily use and she never broke one.

In addition to that, we would give her Kong toys. With the Kong brand, she only got to play with the toys while someone was home and able to keep an eye on her (usually while cooking or watching tv, if not actively playing with her). If we noticed that she was getting too aggressive, we would take it and switch it out for a Nylabone.

Since she was crated during the day, she had cheap plush blankets. We were lucky that when she would chew them she didn't like to swallow the pieces, so it wasn't a problem for us to just replace them when they were destroyed and let her go to town.

We also had a collection of active play toys (tug ropes, frisbee, balls, etc.), but the key there was that she only got to use them with a human, where the game wasn't about her sitting and tearing it apart anyway.

I ended up getting a toy called a Goughnut , they have an "extreme chewer" version that has held up pretty well so far, I'm really impressed. It seems a lot more durable than the kong extreme toys. It seems pliable enough and bouncy enough to keep her interested (unlike the horns or hard plastic toys). The toy is black and the inside is red so if she does chew through it, I know when to replace it. Goughnuts offers a lifetime replacement if you mail one back that has the red part exposed. (not trying to promote them, just an interesting data point).

Thank you everyone for the suggestions. I will keep the "active" play tips in mind. The only problem is if I try to play with her, her favorite game is "keep away until the humans stop chasing me and I can rip this to shreds". 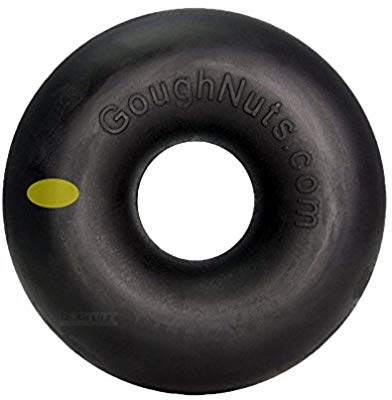 Have you tried the Kong Extreme range? My do g has destroyed everything too but the black Kong toys are by far the most durable. Also try to put some organic peanut butter(XYLITOL FREE) on the kong so he/she licks. It's important to teach a dog how to play with toys IMO(that means you need to get involved in the play. Lay down with your dog and knock the toy around discouraging rip biting)

Not the answer you're looking for? Browse other questions tagged dogs toys or ask your own question.

3
Can dogs see things that humans can't?
4
What color toy should I get for my dog?
2
Mental Stimulation toy for big dog that chews
8
Dog running away with toy
0
Does anyone know what brand of dog toy this yellow, miniature, plush, duck toy is?
2
Why won't my dog play with his toy anymore?
2
My Shiba goes for his toy after 30 seconds of petting
2
Toy suggestion for dog that tears apart fabric/rope toys
2
Is it an issue that my cat plays with a toy that is constantly on the ground?
1
What's a good chew toy for food-aggressive dog?