So I am experiencing a plethora of issues with my new betta. I hope he makes it out okay. I was unaware of the cycling process before putting him into the new tank. It's small (1 gallon) and temporary. I am getting a 6 gallon tank from my parents this coming week.

Now for the issues. I noticed when I put him in his tank, a few hours later, I noticed: - He became lethargic - Goes to the surface for air I assume too frequently - Laid on top of the water heater so his mouth was just below the water - Won't eat - Has a small elevated portion on his body, similar to the pic on this page (I think my Betta has dropsy but I'm not sure?) - Later noticed white cloudy stuff on top of only one of his eyes

I assumed it was the water quality. I changed 50% of the water, got Ammonia Clear fizz tabs and Tetra Cleaning Bacteria and added an approximated portion of these into the tank. That didn't help much it seemed. I thought maybe the temperature was slightly too warm (81F), so I turned off the heater. He's no longer laying on top of it, but still goes up to the surface to get air, although the behavior seems less severe than it was. He occasionally makes bubbles. His nose is pointing up and his tail is pointing down. Kind of just sitting near the surface.

When he was in his fish store cup, I did notice he had white stringy poop. I thought this was normal until I researched these issues.

I'm not sure what to do at this point. 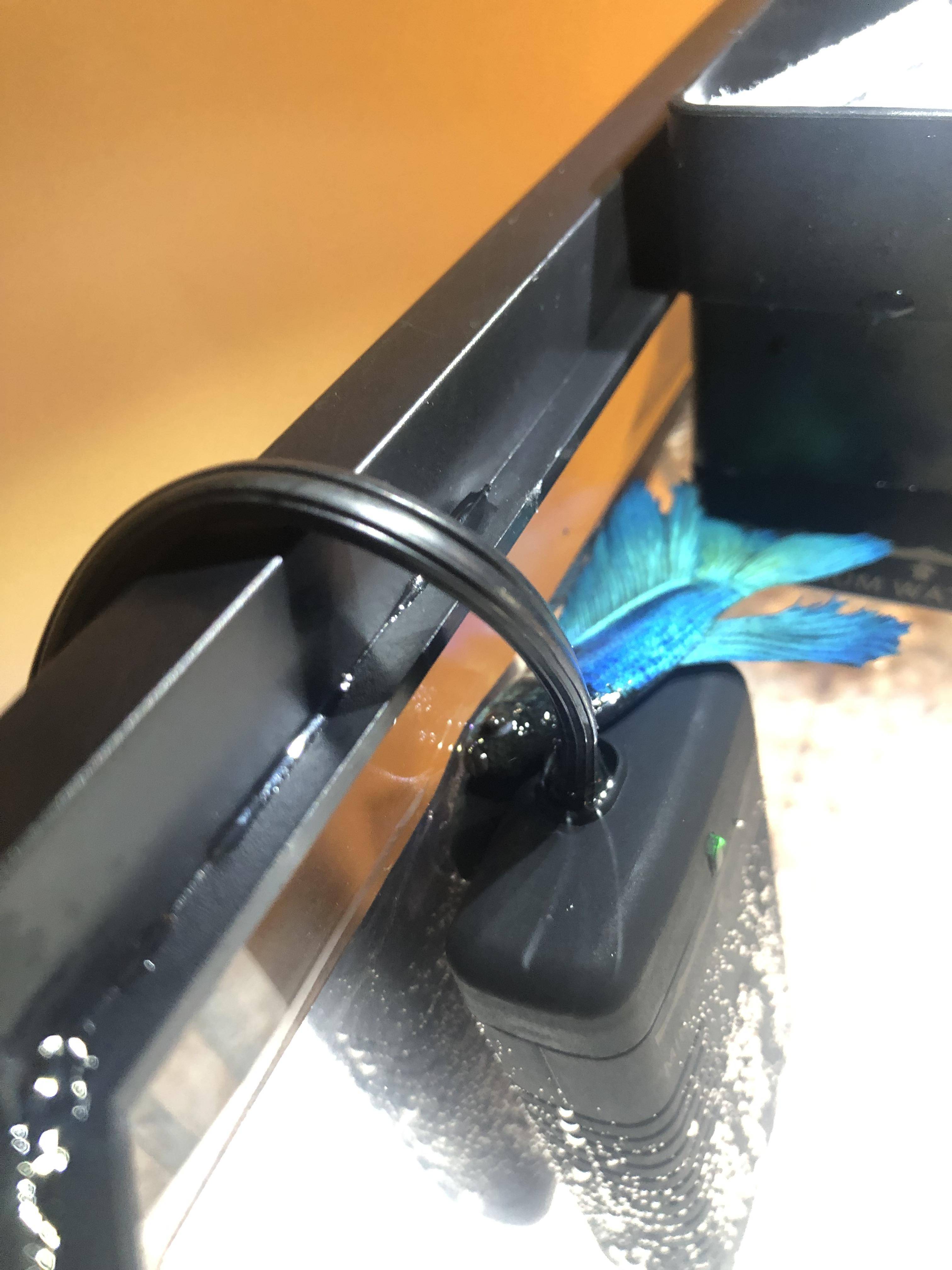 1 Get a watertest and update your question with the readings of ph-ammonia-nitrite-nitrate.

2 Stop feeding your fish to get the bioload down.

4 Add aquarium salt to limit the damage of nitrite.

you need to read this https://www.fishlore.com/NitrogenCycle.htm even after you add nitrifying bacteria it will take time for the bacteria to multiply to a level where they can handle the waste.

When you get the larger tank move your fish to it but do not start feeding your fish.take dayly water tests and follow the instructions in the link i provided.

Follow the instructions on the aquarium salt container and do not overdose the salt.

The fish you have now might die as a result of the new tank syndrome but your next one will not if you cycle the tank properly.

Not the answer you're looking for? Browse other questions tagged betta or ask your own question.

3
I think my Betta has dropsy but I'm not sure?