What are "growth plates" in dogs?

I've heard a lot of people say you should wait until a dogs "growth plates" are closed before fixing them. What does that mean? From what I understand it isn't really a bone structure called a growth plate but more of an area at the end of the bone that has to do with the length or speed that the bone grows... is that right? I'd like to know what it is actually referring to.

I was listening to a TED talk that was talking about the layer of stem cells over a bone that causes bones to heal and it makes me wonder if that is related.

Growth plates are "zones" of cartilage that exist at the end of our bones as we grow older. The cartilage is used up in order for the bones to grow. Note: This is a different type of cartilage than what's found in your nose, or what connects joints together.

The growth plates "close" when the bones are fully formed. Really just meaning they've contributed all they can to the growth of the bones/the bones are done growing. They close when the animal has grown out of adolescence. It's the same with humans, where human children's growth plates close during puberty.

So part of the reason I think a vet would tell you to wait until the dog's growth plates are closed, is that means the dog is no longer a puppy, and you won't have the risk of side-effects from the body trying to change as they've already changed it.

Here's an image of the "before and after" of a human hand. You can kind of get the idea of what growth plates look like from that. It's a similar process in all mammals I believe (just different speeds in which they mature). 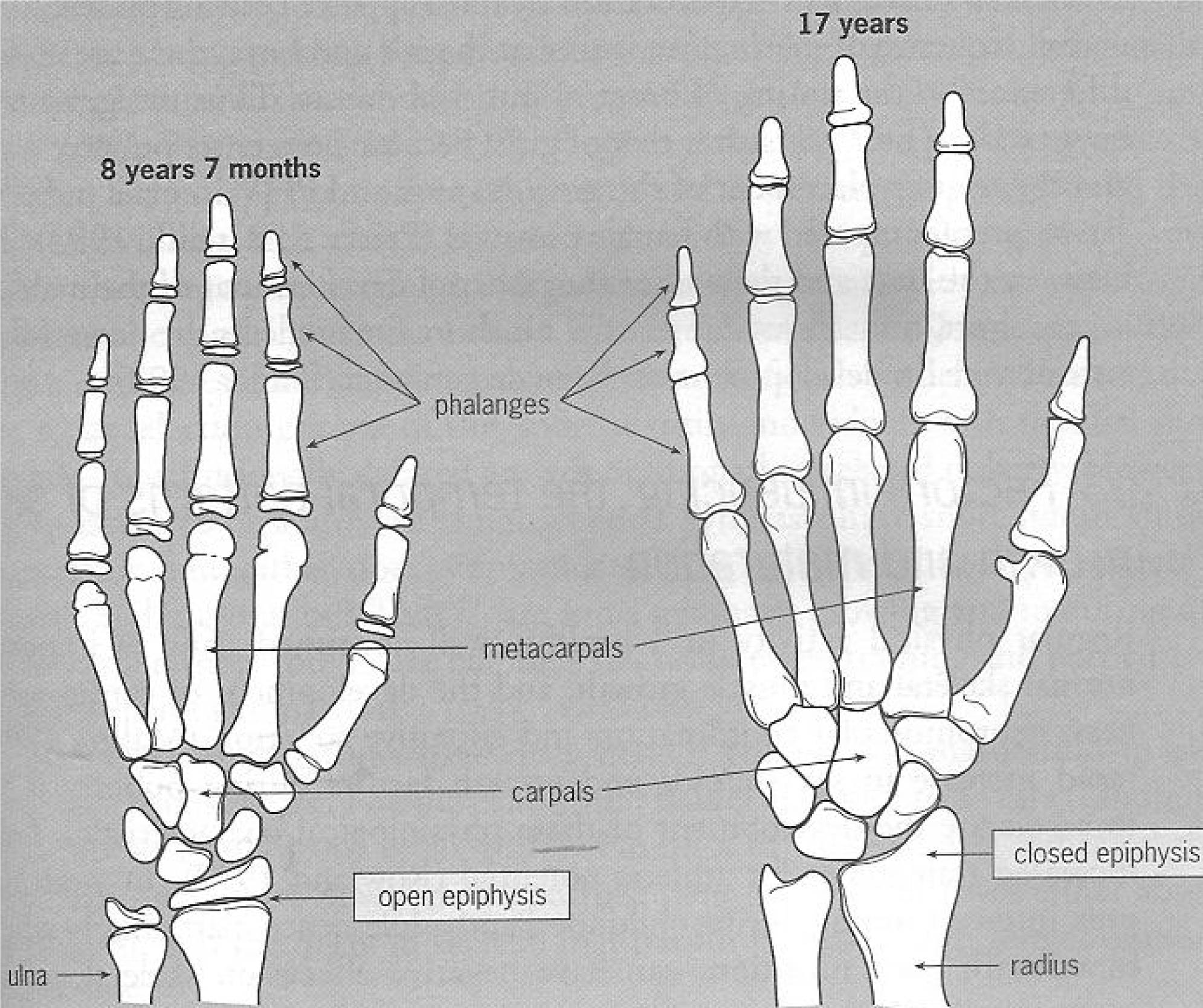 Growth plates in dogs are the same thing they are in children, so the information below should answer your question. There are many more details at the link.

What Is the Growth Plate?

The growth plate, also known as the epiphyseal plate or physis, is the area of growing tissue near the ends of the long bones in children and adolescents. Each long bone has at least two growth plates: one at each end. The growth plate determines the future length and shape of the mature bone. When growth is complete—sometime during adolescence—the growth plates close and are replaced by solid bone.

Because the growth plates are the weakest areas of the growing skeleton—even weaker than the nearby ligaments and tendons that connect bones to other bones and muscles—they are vulnerable to injury. Injuries to the growth plate are called fractures.

Not the answer you're looking for? Browse other questions tagged dogs health terminology biology or ask your own question.

6
How does one determine when a female dog is appropriate to be spayed?
4
Training a dog walking handstands

8
What terms are used for mice that are fed to snakes, and what are their meanings?
1
Are all Traditional Yorkies black and gold?
12
What is a hound?
2
What does conspecific mean?
6
Are dogs sensitive to star anise's smell?
7
In what ways are dogs affected by alcohol?
9
What are snake morphs?
1
Any idea what this growth is on my dog's belly?
2
Why are some black dogs called blue?
1
What are all of the preventative medications dogs need?