Cat’s tail only goes to the right after fall

My male cat (neutered, 13 y/o) fell while I was away two weeks ago. I don’t know how he fell or where. When I came home after being gone for only a few hours he had a noticeable limp and couldn’t lift his tail. We took him to the ER vet who did X-rays, and then to my regular vet the next day (he was injured on a Sunday).

X-rays were all clear as far as breaks/fractures, but there was some swelling and he was vocal when the vet poked around his left hip/hind leg. He was given anti inflammatories and pain meds.

It’s been a little over 2 weeks. The limp is gone (I tried to limit his activity as much as possible in the first week or so) he’s not vocal about any pain and everything else about his behavior is totally normal.

But! I am SO confused about his tail. He couldn’t lift it at all the first few days; it progressively got better and it’s now not exactly totally lifted but a billion times better than it was; however, he is holding his tail completely to the right. When he walks, if I pet him on the back and he does the happy tail lift, it’s still completely to the right. He flicks the end back and forth and isn’t in pain when I touch it, and I don’t feel any lumps or irregularities when I feel it. The photo shows his tail shifted to the right, but it’s actually far more right than that most of the time.

What in the world would cause this? Is it possible it will return to normal with time? (I did follow up with the vet, and he said he has no idea why his tail would be like that and we could do more X-rays but there wasn’t much that could be done). 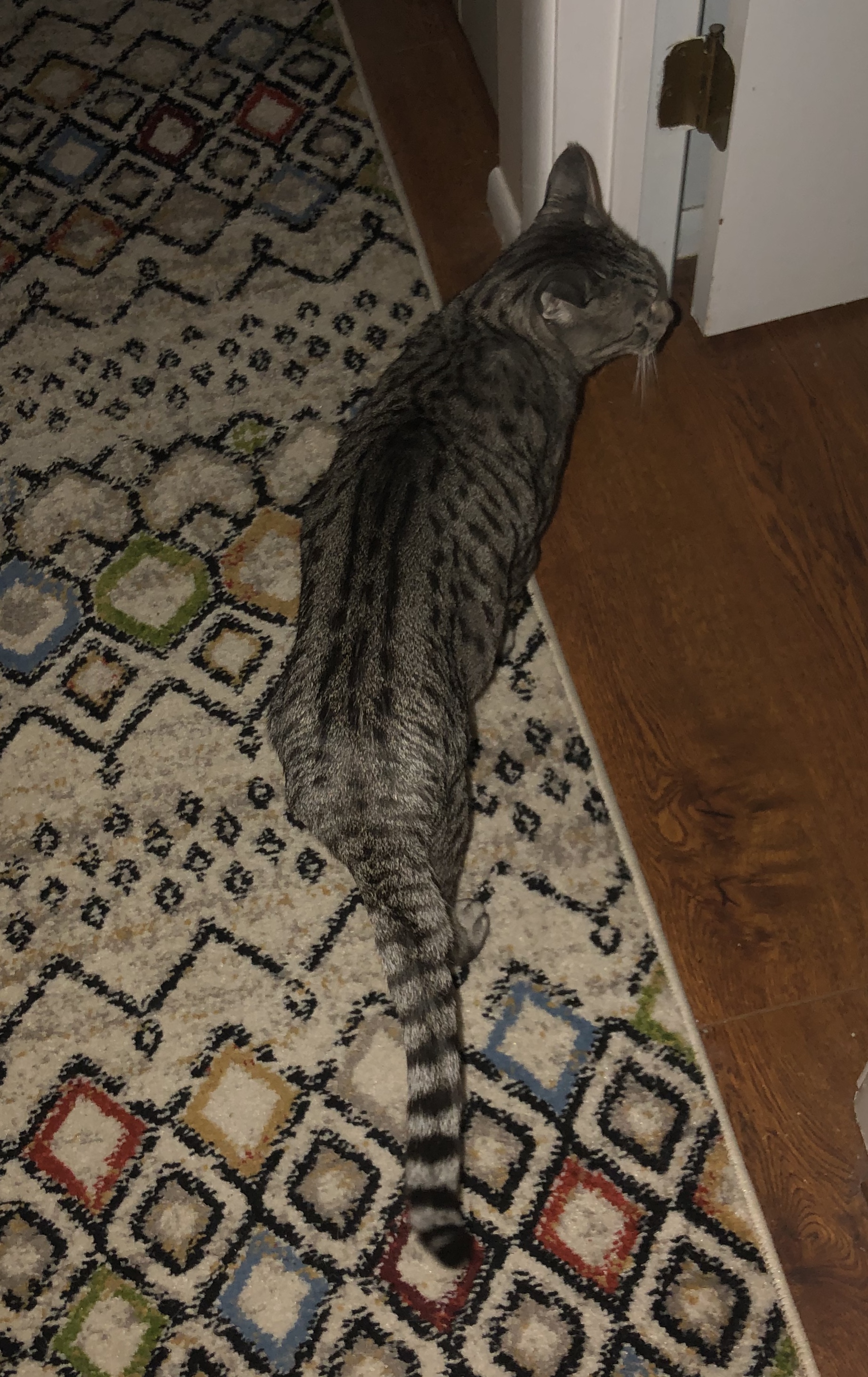 So the bones in the hip and tail do not have any fractures.

This means there must be an injury to the soft tissue, most likely to a muscle. If this is the case, it will heal up nicely.

It might be an injury to a tendon connecting the tail to the the hip of your cat; if this causes your cat pain, you might need to get it treated.

Most likely this will heal within a couple of weeks; if not, you need to contact your vet and get an MR taken to see what exactly is wrong.

I am not a vet, so you have to take my answer for what I think might be wrong. I have seen several cats with the same tail to the side type of injury.

Not the answer you're looking for? Browse other questions tagged cats health injury anatomy or ask your own question.

2
Tightly curled over tail and strange gait
3
How can a cat go to the bathroom if he can't lift his tail?
4
Why would my male cat's nipple fall off?
6
Cat is hitting the object when trying to jump on it
2
My 2-month-old Persian kitten's fur on tail does not seem right
11
My dog's right eye is dislodged from the socket, do I need a second opinion?
1
Is it possible for a dog with a torn ACL to start walking normally without any medical treatment?
2
Why is my kitten’s tail tip like that?