According to the San Francisco Chronicle, someone is leaving poisoned meatballs around San Francisco, apparently in an attempt to either poison pets or other animals.

The meatballs were placed in carports, behind stairwells, along curbs and in hedges and bushes - places they're more likely to be sniffed out by dogs than spotted by humans. These were incredibly well-hidden. The meatballs have been turned over to the San Francisco Police Department, which will analyze them to determine if they are poisonous.

"There's a high probability," said the Police Department. "They look very similar to the ones found last year."

Last July, a 7-year-old dachshund died and another dog was seriously sickened after eating meatballs the police believe were filled with strychnine. Police never located the person responsible for the deadly meatballs.

I do my best to be attentive when I am walking my dogs with their leashes (they are rarely walked off their leashes; only once in a while when going to the neighbor's house 3 doors down; they stick right by my side). Unfortunately, occasionally they will pick up something hidden in the grass and eat it before I can tell what it was.

How can the residents of San Francisco feel safe walking their pets when someone is apparently out to poison them?

There are many signs placed out to warn the public.

The answers to How do I stop my dog from eating things he finds during our walks? are quite relevant to this situation.

According to the articles:

1) Locations include, but are not limited to:

2) Preventative measures you can take include:

The type of poison for the February 2014 incident is unconfirmed, but the situation is similar to the July 2013 incident. If you know any information to help the investigation, you can call the police department's anonymous tip line at (415) 575-4444. 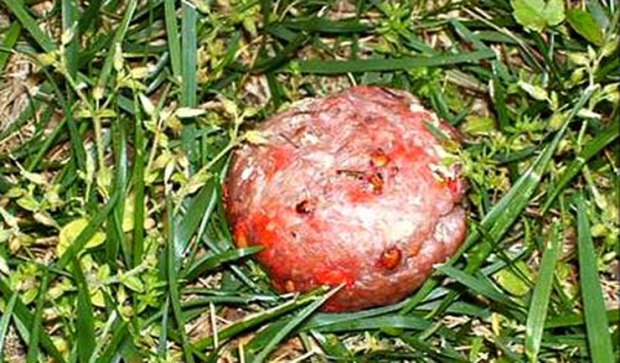 I have seen nylon or fabric muzzles available (for less than 10 dollars) that would make it impossible for your dog to bolt food on walks and would be safer than hoping you could hold them back with a short leash.

As a cat owner, I don't know how easy it is to train the dog to wear it, but given the circumstances this would be an option well worth trying if I were in the area.

Not the answer you're looking for? Browse other questions tagged dogs eating poison leash-training or ask your own question.

16
How do I stop my dog from eating things he finds during our walks?