So we have three dogs of ages: 5, 3, and 7 months. We take the two older dogs outside to go potty at the same time and take the puppy separately because she gets distracted to easily. Whenever we take the puppy out our 3 year old starts jumping on the gate and screaming as loud as he can and absolutely freaking out. We tried switching it up and taking him out with the puppy and taking the 5 year old out alone, and he did the same thing. Is this some form of separation anxiety? Is there anything we can do to stop it? I’m at a loss as to what to do at this point. 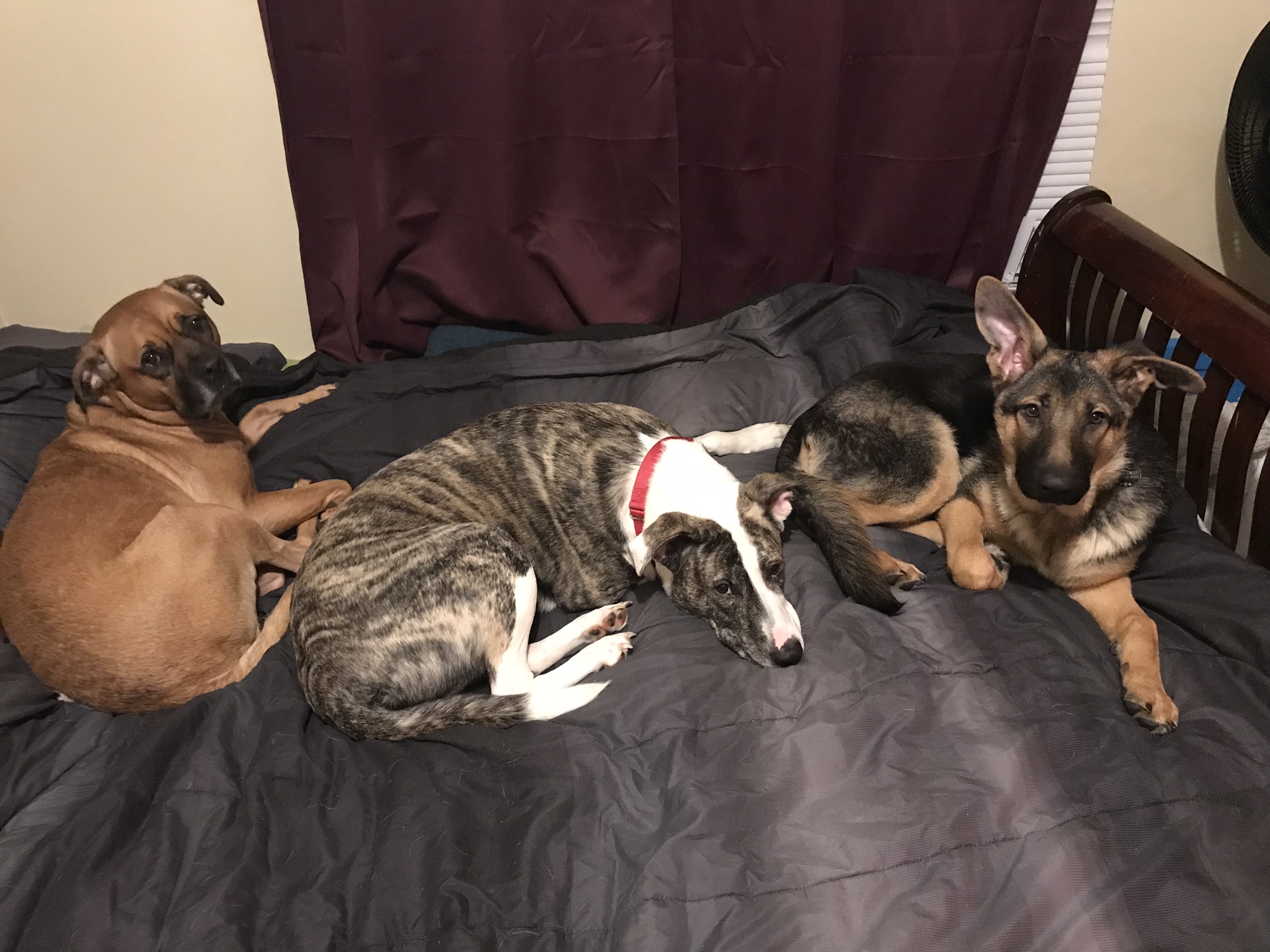 Not the answer you're looking for? Browse other questions tagged dogs behavior psychology vocalizations anxiety or ask your own question.

3
When should I take my puppy out to use the bathroom?
3
Horrible Dog that I Love
6
Traning an exceptionally stubborn dog
2
Separating older dogs from puppy when in living room
0
Shivering dog: Anxiety Vest or some other method?
2
How to train a previously abused dog who is neither food nor praise motivated
4
Why has my 8 month old puppy started to whine?
1
How to transition away from dog walker?
1
Boxer drinking urine