Is my cornsnake overweight? 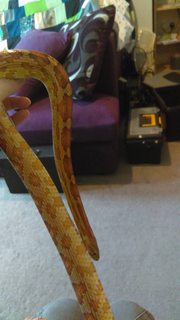 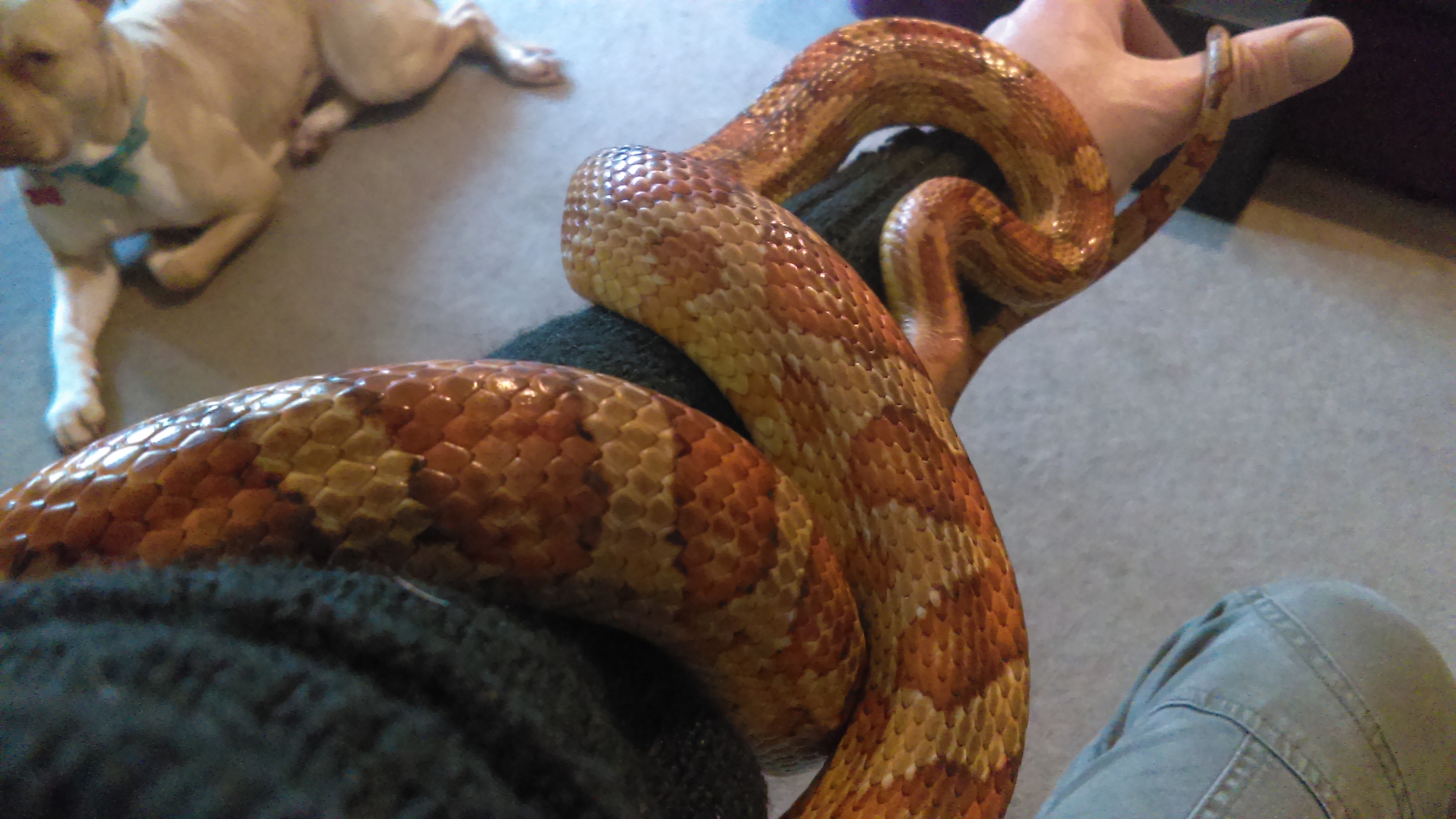 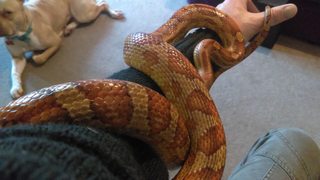 My 3 Year old boy (corn snake) has come back to me after being looked after by a friend for 9 months. I'm concerned about his body shape; he seems to have a pivot where his spine is, with mounds either side down the while length of his body. I'm wondering if he is overweight? He still has full interest in food.

And just FYI, my friend used him to mate her snake against my wishes if that has anything to do with anything ?!

Slightly. The mounds you describe are indeed a sign that he is a bit chubby. It doesn't look too severe, though. The scales still overlap nicely. You shouldn't be able to see the skin between the scales unless you are are looking at the outside of a 'bend.'

He still has full interest in food

This is a common mistake. Snakes in the wild are very opportunistic hunters. They can survive for a long time without food and are likely to actually go without food for a while, until their next meal comes by. This means that they will (generally) pounce on any chance they get to feed. They don't know when their next meal will be, after all.

Now place that snake into captivity, where they don't have to worry about predation and when their next meal will or will not come. They are fed regularly, but the snake does not necessarily realise that. They then still take any food they can get, just in case.

Of course, not every snake is the same, my Ball Python will refuse to eat if his last meal was too close by, but Balls are known as picky eaters. On the other hand, my Boa constrictor, I am convinced, would eat herself to death if given the chance. Not even an hour after a meal she is once again acting like she wants food (and I believe her).

So if you feel like the snake is overweight and doesn't need as much food as they currently get, don't be afraid to slightly increase the time between meals.

Not the answer you're looking for? Browse other questions tagged health feeding snakes or ask your own question.

4
Why are my snake's belly scales turning yellow?
28
How can I free a snake from duct tape?
3
Will my fish's tailfin grow back?
4
Do the skin scales developing on my dead kitten provide any clues to what may have caused its death?
2
Fungus blocking fish from eliminating
3
Leopard gecko not eating and acting strange
4
My snake has started shedding, but seems unwilling/unable to finish
2
Goldfish swim bladder disease? Please help
5
Could having fallen onto the floor have changed my goldfish's behavior?